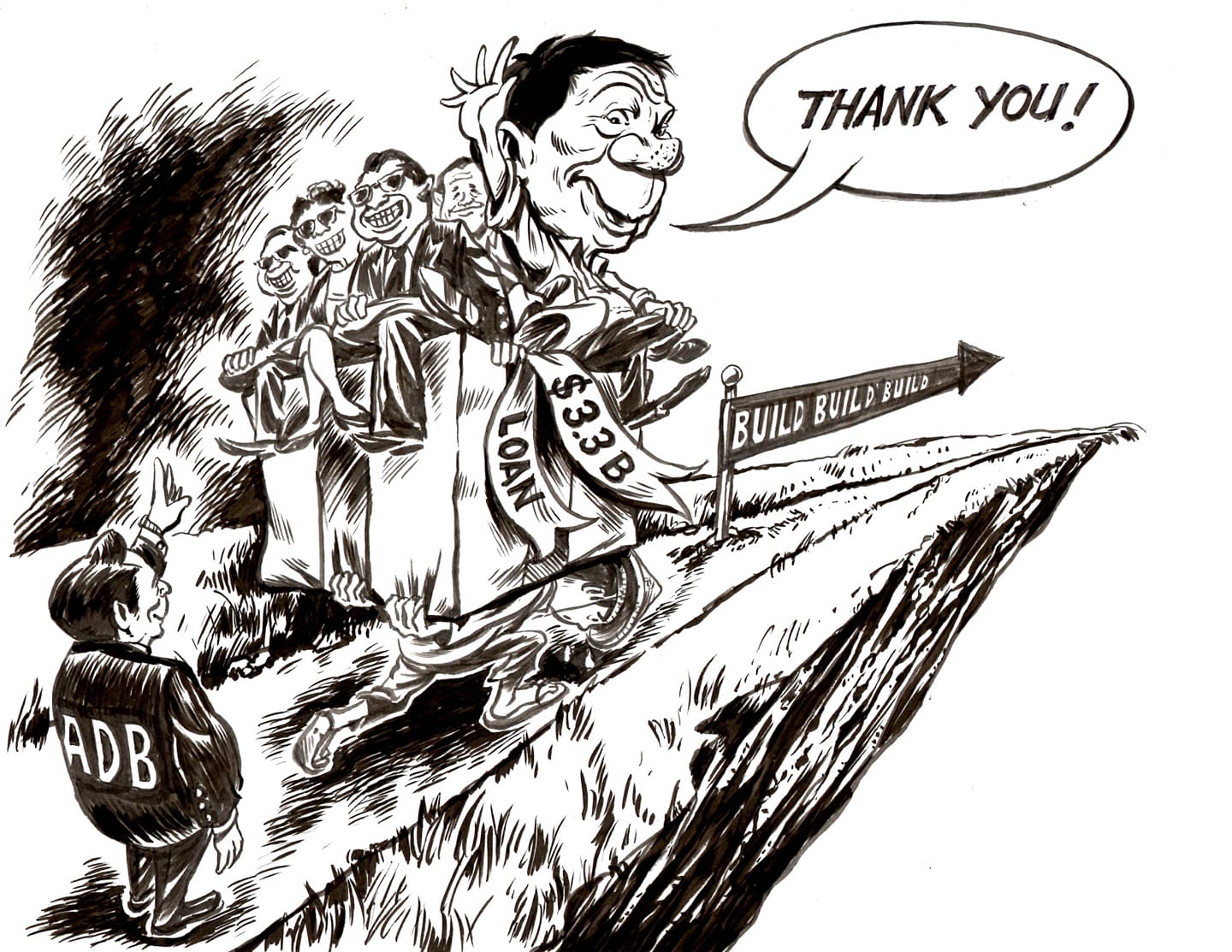 President Rodrigo Duterte and Finance Secretary Carlos Dominguez III want to make us believe that getting loans and selling the country’s assets are the most viable solutions to fund the government’s COVID-19 response.

We have not even paid in full the debts incurred by the late dictator Ferdinand Marcos, which, to quote Bayan Muna, “mostly went to the pockets of the Marcos family.”

Dominguez said the government is asking for additional loans of US$5.6 billion from the Asian Development Bank and World Bank.  Duterte also said the government is willing to all of its assets, including the Cultural Center of the Philippines (CCP) and the Philippine International Convention Center (PICC) allegedly to augment cash aid for Filipino families affected by the lockdown.

Instead of a moratorium on debt payments, the Duterte administration wants the country to sink deeper in debt. It is shamelessly taking advantage of the pandemic to push for the interest of his foreign masters.

Duterte wants us to believe that the allotted P270-billion emergency subsidy is not enough. But there is available money. It is just a problem of looking at the wrong direction.

Instead of strangling us further in this time of emergency, the Duterte administration should have waived the P451-billion budget for the interest payments of the country’s debts under the General Appropriations Act of 2020. Better yet, the P582 billion allotted for the principal amortization should also be rechanneled for COVID-19 response. The multilateral agencies are clearly in a better position to “make sacrifices” than the ordinary Filipinos still waiting for enough government aid. Even the International Monetary Fund (IMF) decided to provide immediate debt service relief to 25 countries to cushion the impacts of COVID-19.

The P1.033 trillion which could be saved from moratorium on debt payments could be used for providing the much-needed social protection of the poorest and most vulnerable.

If this is still not enough, Duterte should be the first to let go of his P4.5-billion confidential and intelligence funds  and reallocate the remaining P9.6-billion intelligence and confidential funds in the 2020 national budget.

Several senators also pointed out that the government could tap the unused appropriations of several agencies from the 2019 General Appropriations Act, which is estimated at P600 billion.

In this context, it becomes even more appalling how this administration justifies the sale of government assets even as “the last resort.”

“If we really run out of money, I will sell all the property of the government,” Duterte said in a televised speech.

Again, there is money. The problem really is that billions of pesos are not being used for appropriate solutions to the pandemic and for responding to the needs of our kababayan, especially those who do not know where to get their next meal.