Groups in 13 countries hold actions to demand right to public health, not profit 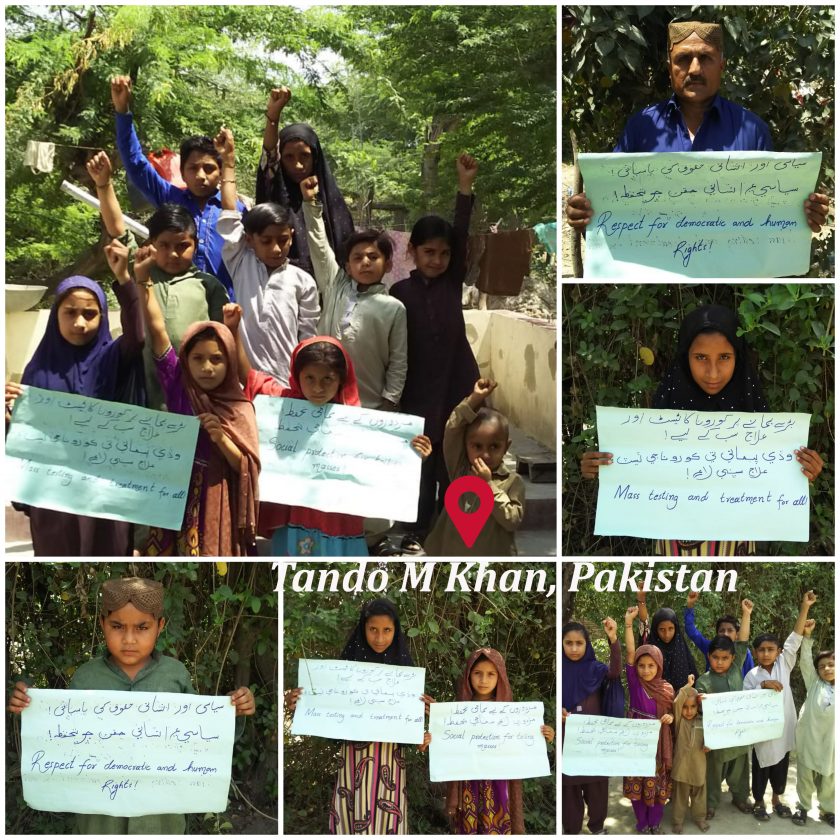 “COVID-19, one of the worst pandemics to hit the world since the Spanish Influenza of 1918 is now exposing the vulnerabilities of privatized national public health care systems and the inadequate response of the capitalist governments.”

MANILA – Peoples’ organizations under the banner of the International League of Peoples’ Struggles (ILPS), held simultaneous online and offline actions to call for the people’s right to public health, and not private profit amid the COVID-19 pandemic.

The global action was in response to the failure of governments to properly address the ongoing pandemic. Groups have been lamenting the lack of decisive actions and preparations as well as coercive quarantine measures in different parts of the world.

In a statement, ILPS Chairperson Len Cooper said, “COVID-19, one of the worst pandemics to hit the world since the Spanish Influenza of 1918 is now exposing the vulnerabilities of privatized national public health care systems and the inadequate response of the capitalist governments.”

The epicenter of the pandemic has shifted from China to Europe and now to the United States. The latest count by the World Health Organization (WHO) shows that there are already over two million COVID-19 cases in the world, with 153, 822 deaths.

Cooper said the working masses are hardest hit by the pandemic. “The livelihood and health of the vast majority of the world’s population are at risk. Loss of jobs, massive unemployment and bankruptcies of small companies are taking their toll,” he said.

Cooper added that lockdowns and quarantine measures are enforced with an increasing use of state terror and coercive military powers, particularly against the poor.

Migrants, urban poor, and the working people of the underdeveloped countries have been decrying the stringent lockdown measures of authorities, without providing sufficient economic relief for them.

In Pakistan, Dr. Azra Sayeed of Roots for Equity said that Pakistani farmers are left without work during the lockdown. She also added that thousands of workers have been stranded in cities without food and medical supplies.

In Bangladesh, indigenous peoples are struggling for their right to live with decency and respect. Indigenous human rights activist Smaranika Chakma said that they have been facing food, land, and economic crisis to survive.

“Even on the day of the pandemic, we are being harassed by the military and culprits. It is a human appeal to every government to ensure equal facility, not discrimination. Provide proper healthcare and protection to indigenous peoples like all citizens”, Chakma said.

In Kenya, urban poor communities in Kayole Eastlands staged their outdoor mobilization to call for mass testing and treatment for all in the face of the pandemic. They were also demanding to hold the police accountable for the violence in enforcing COVID-19 restrictions.

ILPS-Kenya said that last March 27, the first night of curfew in the city, police officers fired teargas, shotguns in the air, and beat up people with canes and rubber hoses. Dozens were injured, including media practitioners who were covering the incident, the group added.

In more developed countries, the poor and the working people are also the ones hardest hit by the pandemic. Racism has also been rampant especially among the migrants. 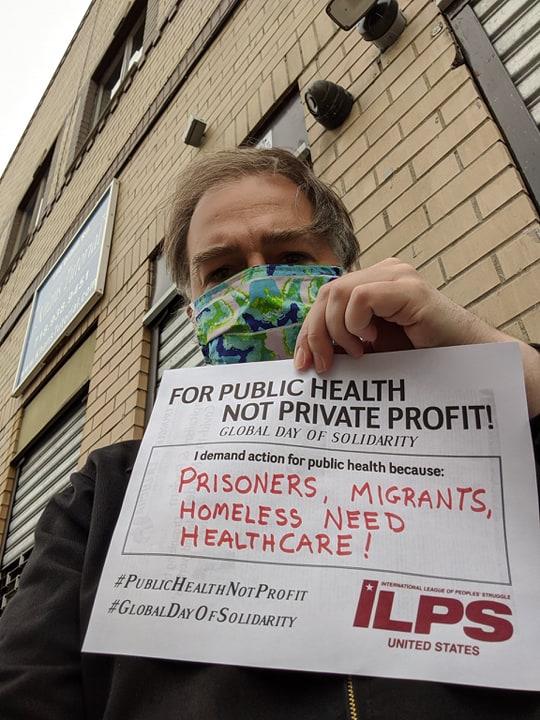 Rhonda Ramiro of Bagong Alyansang Makabayan-USA shared, “Many of the essential workers (food production, markets, groceries) are conducting sickouts, one-day strikes even though they are not unionized. Frontline health workers are also conducting pickets in front of hospitals during their change in shifts to demand their personal protective equipment (PPE). People in prison are also rising up and demanding their release; elderly and sick inmates are protesting for better conditions in jails.”

According to ILPS, despite calls by the United Nations for international cooperation, there is no solidarity among the richest countries to combat the pandemic. Some European countries are proposing a system of debt sharing or so-called Corona bonds. Others propose expropriation of capital.

People’s organizations from all around the world have intensified their solidarity to call for guaranteed incomes even during lockdown, mass testing and treatment for all, bailouts for working people and not for big corporations, social protection for the farmers and workers, and respect for democratic and human rights.

“We assert the socialization of wealth and health services and putting primacy on the public and the common good instead of private profit and power. Put resources towards people’s needs. Assert pro-people alternatives”, Cooper ended.

The post Groups in 13 countries hold actions to demand right to public health, not profit appeared first on Bulatlat.