Informal workers find ways to earn, but still struggle because of lockdown 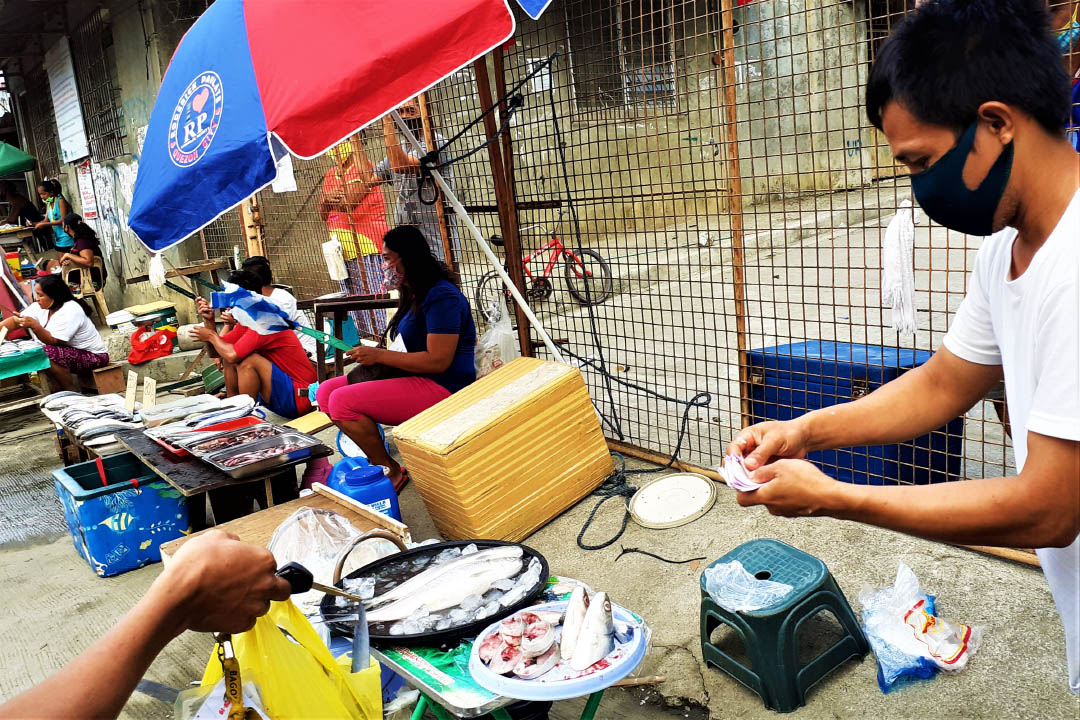 “Government is contented with the limited food aid that they have given us, without even thinking that it would only last for a day or two, what would happen after that? And then there are the other needs of our family like medicine, where would we get that?”

At 53, Raffy, a former construction worker, is the sole breadwinner of his family and the family of his daughter. On top of that, his wife haS been sick since November and his only source of income that’s been providing the family and the medication for his wife has been denied of him since the enhanced community quarantine (ECQ) was imposed all over Luzon more than a month ago.

“I go to bed late in the evening but I could barely sleep thinking what I should do the next day so that I would be able to earn some money,” Raffy said. “We still have rice because we try to make do with the rice given to us by the church and the barangay, but when it comes to the viand and the medicine of my wife or for our other expenses, it is really difficult if you don’t have an income.”

Since the lockdown, Raffy said life has been difficult. “We did not receive any assistance until the second week of the lockdown and the assistance was simply two kilos of rice and a couple of cans of sardines,” he said. After that, it took more than a week for the next relief pack from the government to arrive, and still barely enough to feed seven family members. Realizing that he could not rely on the promise of the government to address the needs of the poor who have lost their means of income, he decided to start selling fish, borrowing capital from his neighbor who was fortunate enough to have saved some money before the lockdown.

He could not wait for government assistance, which may not even reach him. “My family is getting hungry and my wife needs her medicine,” he said.

This concern confirms an online study conducted by the Alliance of Concerned Teachers (ACT) which revealed that government has been slack in the delivery of services – social and medical – to the communities.

“The survey results reflect the lack of preparedness and suddenness of the ECQ imposition,” a press release from ACT noted.

“Without adequate and comprehensive planning, the government grappled into the first weeks of the quarantine to the detriment of the population who were made to stay home without sufficient support,” it continued.

“We were asked to write down our names in a form, which they said we would be given jobs for ten days, but that did not happen and until now those jobs are nonexistent,” he said.

At the moment, Raffy is concerned with the threat of the declaration of President Rodrigo Duterte of a much stricter quarantine implementation, encouraging the military and the police of “martial-law like” execution of the order.

“I think it would even be harder for us to earn an income,” he said.

In a televised address, Duterte said that he is now ordering the military and the police to get ready to take over the policing of the different localities in order to effectively implement the quarantine. “It will be like martial law,” he said.

“A few days ago, we have been limited by the barangay in displaying our products by the street, so I started going around within our area, but not many are buying because they also don’t have the money to buy,” he said.

Both were pedicab (bicycle taxi) drivers, but with the ECQ, forbidden to take passengers, they decided to sell fruits and vegetables on consignment. Most of the time, they are unable to sell all of the produce because people are not buying and many have started selling produce or fish and meat products to address their needs as well.

“Even if we are not able to sell everything, we still need to pay for all of the fruits and vegetables that we got from our supplier, which makes it very hard. And now, since they are already restricting us from displaying our items on the streets to avoid people from gathering, we are forced to find other means just to sell our vegetables, like taking it to other areas,” said Ronilo.

With the threat of a total lockdown and of martial law-like implementation of the quarantine, Raffy, Ronilo, and Elorde are fearful that their families may not be able to survive this crisis.

“We would die not of COVID-19, but from hunger,” Elorde said.

“Government is contented with the limited food aid that they have given us, without even thinking that it would only last for a day or two, what would happen after that? And then there are the other needs of our family like medicine, where would we get that?” Raffy said.

The post Informal workers find ways to earn, but still struggle because of lockdown appeared first on Bulatlat.