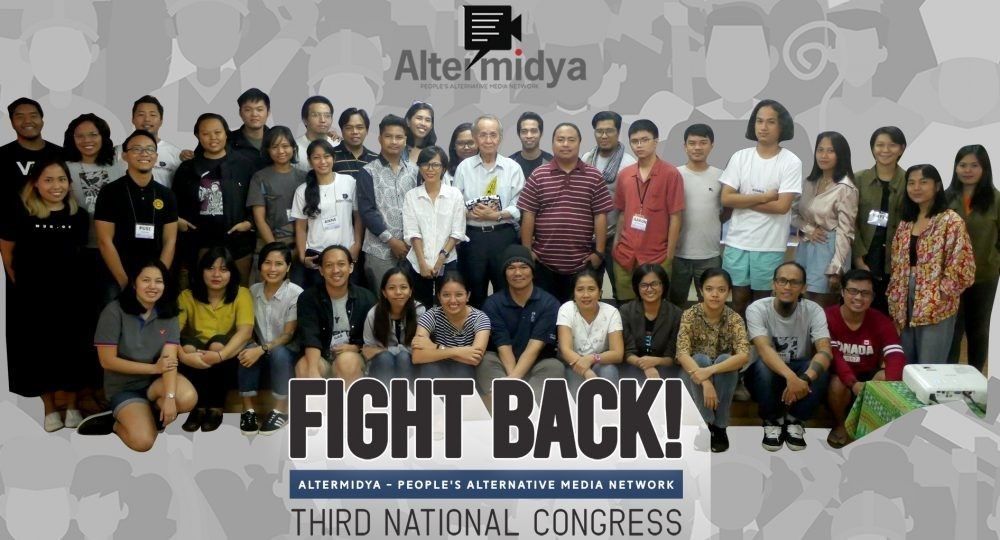 The media groups stressed that the accusation was done without proof and as an “out-of-context infographic, fraught with deadly consequences.”

Showing only a presentation to a Senate hearing on red-tagging last week, NTF-ELCAC executive director Allen Capuyan alleged that AlterMidya and its member organizations are part of the CPP’s National Propaganda Bureau under its institutional wing.

AlterMidya said it only copied a publicly-available list of its members and placed it under an “incredible” heading.

The media groups stressed that baseless red-tagging is a “devious form of disinformation,” and groups that faced such accusations have been harassed, demonized, while other individuals have been rolled, detained, assailed, even killed.

The Commission on Human Rights has not been remiss in reminding that red-tagging or linking of groups as terrorists is dangerous.

The groups also noted that AlterMidya offers “independent readings of national issues and events,” which a functioning democracy should welcome as part of a healthy public discourse.

“It is admirably committed to reporting on corruption, human rights abuses and environmental issues, as well as the plight of farmers and workers. And some of its institutional members, including but not limited is Bulatlat.com and Northern Dispatch have a well-deserved national reputations for high-quality journalism: hard-hitting, yes, but also rooted in the facts,” the statement further read.

The groups also added the alternative media network continues to do journalism even amid death threats and distributed denial of service (DDoS) attacks. “We therefore view this latest act of red-tagging with the utmost concern. It renders these community journalists even more vulnerable to abuse and violence, at the exact time we need more of their journalism,” they added.

The following groups signed the statement:

The red-tagging of AlterMidya comes at a time when the highly assailed Anti-Terrorism Act of 2020 is in place, and arrests of progressive groups are feared.

AlterMidya for its part said they will “exhaust all means to fight back” against the “malicious smear campaign on [their] members.” — Kristine Joy Patag with reports from Xave Gregorio