State of abandonment, state of terror 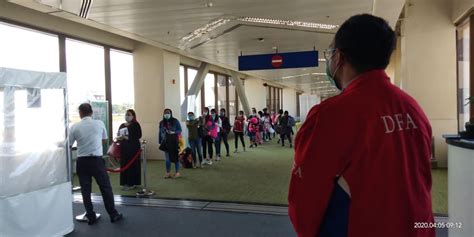 Looking at history, one can say that state abandonment is very much the official disposition on which the labor export system is hinged. The Philippine government is fundamentally inclined to function simply as what sociologist Robyn Rodriguez calls a “labor brokerage state,” an institutional apparatus that facilitates Filipinos’ outward labor traffic.

MELBOURNE, Australia – In mid-June 2020, a Filipino supporter of President Rodrigo Duterte who is based in Melbourne, Australia appeared in an online broadcast of Rekta Aksyon, a “public service” program hosted by the Philippine National Police bureau in Central Luzon. This supporter claimed that progressive Filipino organizations in Australia like Migrante, Anakbayan and Gabriela solicit donations from Australians to buy weapons for the armed revolutionary group New People’s Army.

There is nothing new to the accusation; similar broadcasts that feature interviews with Duterte supporters overseas are uploaded on Rekta Aksyon’s Facebook page, seeking to discourage membership in, or support for, progressive mass organizations. It is easy to suspect that Filipino taxpayers’ money is being used to fund these smear campaigns; in the broadcast that featured the Melbourne-based guest, it was mentioned that the government has set up a program to support Filipino “frontliners” (read: Duterte supporters) through the National Task Force to End Local Communist Armed Conflict. Formed as the command center of Duterte’s counterinsurgent machinery, the task force has been allotted millions of pesos, part of which some of its officials have reportedly spent on lavish junkets abroad, hoping to discourage “funders” of groups accused of being communist fronts. With the governments’ push to implement the recently-signed terror law, the agency has become more aggressive in its disinformation campaign of tagging progressive organizations and individuals as communist fronts and terrorist supporters.

The overseas reach of counterinsurgency propaganda reveals something about the Philippine government’s paranoia over the growing discontent felt by migrant Filipinos, especially in the wake of the Covid-19 pandemic. From the time it was elected in 2016 until the current global crisis, the Duterte administration has actively sought migrant Filipinos’ support and approval — and there is a perception that it has been successful in this undertaking. This perception can be explained by a number of factors, one of which relates to the role of social media in influencing how OFWs form their opinions about politics in the home country. Crucial to this social media landscape is the proliferation of regime-supportive and possibly regime-sponsored fake news pages and trolls that disseminate fascist articulations and imaginaries to concoct a fiction of national economic and political stability, even when such fiction is belied by the very conditions compelling Filipinos to turn to overseas work. Indeed, one can read Duterte’s appointment of Mocha Uson, pro-Duterte social media influencer and former Communications assistant secretary, to the Overseas Workers Welfare Administration as a gesture of further linking OFWs to the regime’s disinformation strategies.

Upon the onslaught of the Covid-19 pandemic and the various crises attendant to it, the Philippine state’s instrumentalist relationship to the country’s migrant workers has become even more visible. Filipino migrant workers and international students were further thrust to the economic margins of their host countries, either fired or stood down by their employers. The Philippine state, however, has done very little to look after disenfranchised migrants. Embassies and consulates have failed to mobilize comprehensive welfare drives especially for Filipinos left with little to no means to survive. Worse, in May, an additional burden to the already weary overseas population was imposed, in the form of a circular directing an increase in mandatory payments to PhilHealth, the government’s health insurance corporation.

The pandemic has left thousands of Overseas Filipino Workers (OFWs) with no choice but to go back to the Philippines. Compounding the sense of economic uncertainty that confronts them upon returning home is the subhuman condition to which they are being subjected. There are reports of returning migrants confined in unkempt, barely habitable quarantine areas, of migrants forced to camp out under a flyover near the international airport, and even of migrants pushed to the brink by desperation, choosing to end their lives.

Looking at history, one can say that state abandonment is very much the official disposition on which the labor export system is hinged. The Philippine government is fundamentally inclined to function simply as what sociologist Robyn Rodriguez calls a “labor brokerage state,” an institutional apparatus that facilitates Filipinos’ outward labor traffic. The state’s social responsibility for OFWs practically ends in the airport gates, as the transaction between the Philippine state and the host country is largely a profit-oriented one, in which questions of social protection, decent work, fair pay and labor rights barely figure. For OFWs, navigating the overseas labor market means relying on one’s individual will and capacity to survive. In the worst of circumstances, when they are forced to turn to overseas state agencies, they only end up confirming the Philippine state’s inadequacy in securing their welfare.

It is even more insidious that when the Philippine state chooses to extend its political reach amidst and among OFWs, it is to flex its counterinsurgent capacities by restraining dissent overseas. A prominent example is the stymied attempt, in late April, to deport a Taiwan-based OFW who aired her criticisms of the government online. Then, of course, there is the covert sponsorship of smear campaigns against legal migrant organizations. What is ironic is that in the face of state neglect, these organizations are among the groups that step up to address migrant concerns and fill in the gaps left by state abandonment. These groups inspire possibilities of nation-based identification that refuses the individualizing survivor mentality that such abandonment often gives shape to. This identification – premised on solidarity and given to justified collective outrage over government crimes of omission and commission – is always and understandably opposed by a state that is increasingly dependent on fabricating national political fictions that now fail to convince day by day.

The author is a PhD student at the University of Melbourne. He is currently working with Filipino migrant organizations like Migrante, Anakbayan and Philippine Studies Network in Australia.

*This essay is part of Everyday Emergencies, a joint project of Ibong Adorno and Institute for Nationalist Studies, containing state-of-the-nation articles written to expose, analyze, and document the Duterte administration’s leadership amid the COVID-19 Pandemic.

The post State of abandonment, state of terror appeared first on Bulatlat.