What and who are behind terrible posts on Facebook? 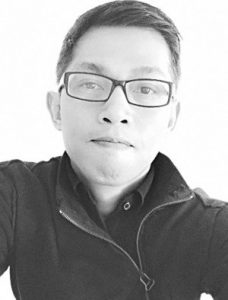 Many have practically given up on the perceived stupidity in social media and even of fellow Filipinos. Sometimes I can’t blame them for thinking that way. But the latest announcement of Facebook against “coordinated inauthentic behavior” should be helpful in clarifying the real problem.

Facebook says “coordinated inauthentic behavior” refers to “groups of accounts and pages seeking to mislead people about who they are and what they are doing while relying on fake accounts.”

“Although the people behind this activity attempted to conceal their identities, our investigation found links to Philippine military and Philippine police,” said Facebook.

“This operation appeared to have accelerated between 2019 and 2020. They posted in Filipino and English about local news and events including domestic politics, military activities against terrorism, pending anti-terrorism bill, criticism of communism, youth activists and opposition, the Communist Party of the Philippines and its military wing the New People’s Army, and the National Democratic Front of the Philippines,” Facebook said.

In the same September 22 report, Facebook said that it also found, investigated and removed a China-based network composed of 155 accounts, 11 Pages, 9 Groups, and 6 Instagram accounts.

“Although the people behind this activity attempted to conceal their identities and coordination, our investigation found links to individuals in the Fujian province of China,” said Facebook.

What exactly the network wanted to achieve was to influence public perception of China, the US, and the Duterte government. said Facebook: “[They] relied on fake accounts to pose as locals in countries they targeted, post in Groups, amplify their own content, manage Pages, like and comment on other people’s posts particularly about naval activity in the South China Sea, including US Navy ships.”

Facebook said that the China-based network “posted in Chinese, Filipino, and English about global news and current events including Beijing’s interests in the South China Sea; Hong Kong; content supportive of President Rodrigo Duterte and Sarah Duterte’s potential run in the 2022 presidential election; criticism of Rappler, an independent news organization in the Philippines; issues relevant to the overseas Filipino workers; and praise and some criticism of China. In the US, where this network focused the least and gained almost no following, they posted content both in support of and against presidential candidates Pete Buttigieg, Joe Biden, and Donald Trump.”

It must be stressed these are not the first instances that Facebook exposed and cracked down on “coordinated inauthentic behavior” on the popular social media network.

“All (the Pages) were sharing links to the same advertising click farms off Facebook,” the platform said.

On January 10, 2019, Facebook banned Twinmark Media Enterprises and all its subsidiaries.

“This organization repeatedly violated our misrepresentation and spam policies — including through coordinated inauthentic behavior, the use of fake accounts, leading people to ad farms, and selling access to Facebook Pages to artificially increase distribution and generate profit,” said Facebook.

A close look at the samples provided by Facebook revealed that the Twinmark network was a favorite of “social media influencers” identified with the administration and appeared to have been used for partisan political purposes in the run-up to the 2019 elections. A number also pretended to be “news outlets,” when they were not.

On March 28, 2019, Facebook announced that it removed “a network organized by Nic Gabunada,” the self-professed digital director of the 2016 Duterte campaign.

What could be the takeaways from these actions taken by Facebook?

One, a lot of the misinformation and disinformation appear to be planned and directed by both domestic and foreign actors who seek to unduly influence public opinion and public policy.

Two, there’s a widespread use of inauthentic behavior, fake accounts, and troll farms to amplify the messages and to make it appear there’s solid or growing support from the public.

Three, there are parties financing and profiting from the social media operations.

Fourth, in the case of the dangerous red-tagging done on Facebook, the military and police have been found to be directly involved.