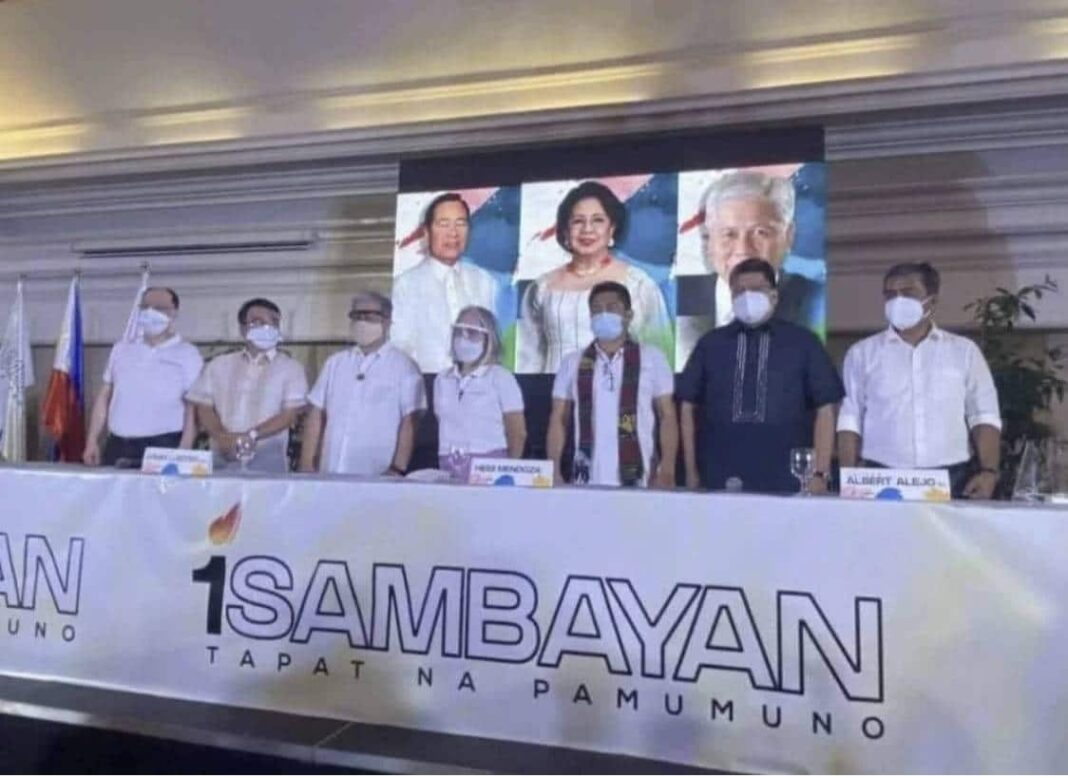 The 1Sambayan coalition, which has taken on the tough mission of forging a united front for all dissenting forces against President Rodrigo Duterte in the 2022 elections, has endorsed Vice President Leni Robredo as its presidential bet.

The 1Sambayan opposition coalition made the announcement on Thursday, September 30, after a months-long selection process that eventually saw its convenors torn between two potential presidential contenders: Robredo and Manila Mayor Isko Moreno.

1Sambayan ultimately cast its lot with Robredo, who also believes only a united opposition stands a chance to defeat the Duterte regime in 2022.

The Vice President, however, has yet to formally declare her bid for Malacañang. She is expected to decide on her presidential run soon.

The 1Sambayan convenors are hoping Robredo would soon accept their endorsement, especially with the filing of candidacies set to begin on Friday, October 1.

That Robredo is 1Sambayan’s choice for the 2022 presidential race is not surprising. Out of all potential presidential contenders, it was only the Vice President who went out of her way to reach out to other bets in a bid to a build an umbrella coalition.

The chair of the once-ruling Liberal Party (LP) was also among the only two politicians out of six nominated by 1Sambayan who agreed to be part of the selection process. The other 1Sambayan nominee was former senator Antonio Trillanes IV.

Convenors wanted to nominate Moreno too, but he asked that his name be taken out of 1Sambayan’s list in June. Moreno, who has already announced his presidential run, continues to be in talks with 1Sambayan.

1Sambayan convenors earlier said the legacy of decent and honest governance left behind by the late former president Benigno “Noynoy” Aquino III will be a factor in choosing their standard-bearer in the 2022 polls.

Aquino was chairman emeritus of the once-ruling LP, which Robredo now leads.

Robredo was also the primary choice of 1Sambayan’s members, based on the results of the group’s internal survey obtained by Rappler. The Vice President, however, edged second placer Moreno by a slim margin.

1Sambayan had also included the names of senators turned presidential hopefuls Manny Pacquiao and Panfilo Lacson in the survey. Only 9,211 wanted Pacquiao to be 1Sambayan’s presidential candidate, while Lacson received 4,049 votes.

Though 1Sambayan has formally nominated Robredo, convenor Howard Calleja told Rappler the coalition will continue with their unity talks with other candidates.