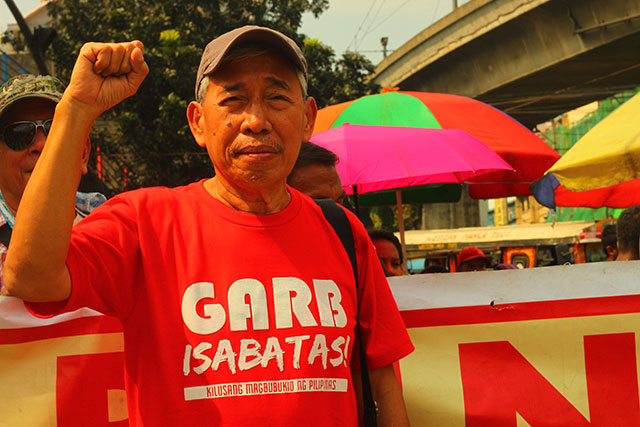 The police claimed there was no “release order.” The police reportedly transferred the remains to another funeral parlor in La Loma, Quezon City.

In a statement, wife Erlinda said she has positively identified the body of her husband which bore torture marks, multiple stab wounds and gunshot wounds.

“I condemn the persistent harassment of PNP [Philippine National Police] La Loma-QCPD [Quezon City Police District] and their brazen act of snatching the remains of my husband Randall Echanis from us,” she said.

Echanis was killed in a rented apartment early morning of August 10, where he was reportedly stabbed to death.

The Philippine police earlier maintained that a certain Manuel Santiago, not Echanis, was killed, following an identification card allegedly found in the crime scene. However, Anakpawis Partylist’s legal counsel Luchi Perez confirmed that the Santiago, as described by the police, is Echanis.

Edre Olalia, legal consultant of the National Democratic Front of the Philippines peace panel, maintained that the police’s “concluding instantly and accepting publicly that one of the dead bodies is a certain Manuel Santiago based solely on an ID that was allegedly found in the crime scene is either naïveté, laziness or plain incompetence.”

Olalia said Echanis was a public figure who appeared or spoken in many a rallies in Quezon City and elsewhere and was active and deeply involved in the formal and informal peace negotiations.

“We hope there is no attempt to muddle, confuse, deflect, distract or cover up. Nor scoff at the memory of a humble and honorable peacemaker. That would be callousness without compare,” Olalia said.

A member of the paralegal team who was keeping track of the remains of Echanis was arrested by the La Loma Police and brought to Camp Karingal for “obstruction of justice.” (With reports from Emily Vital) (Bulatlat.com)