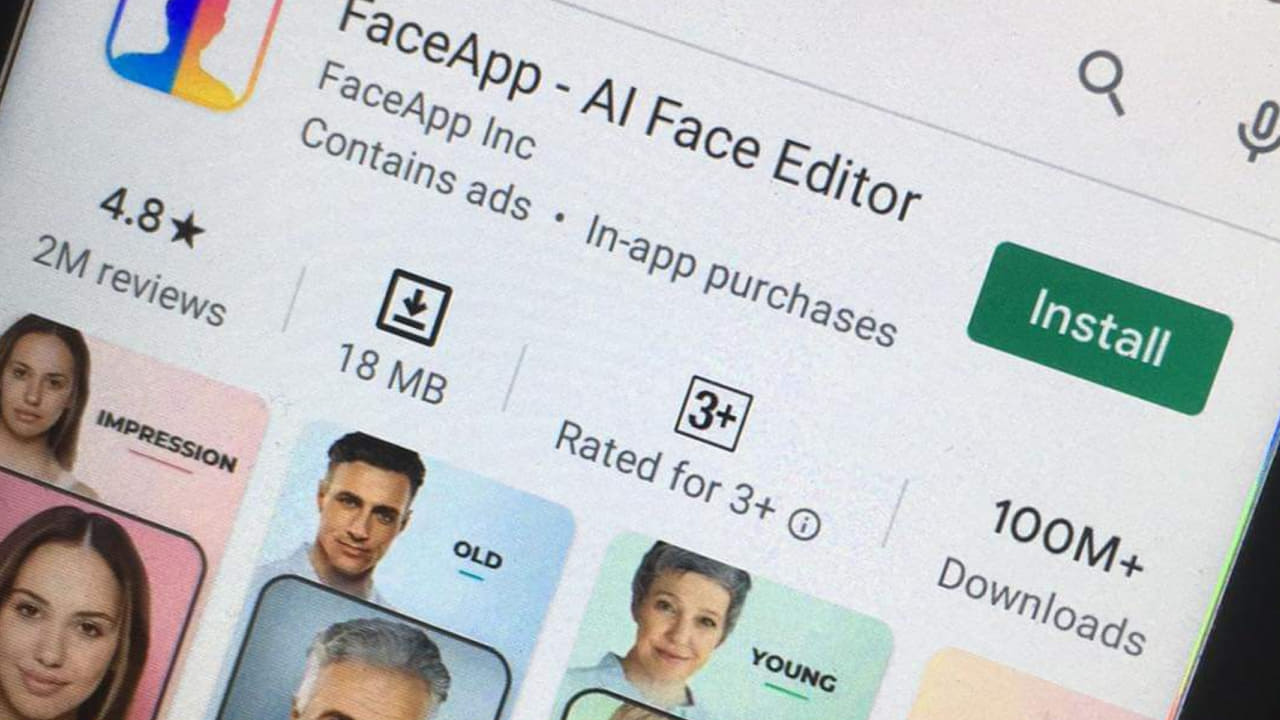 “We must realize that giving the people and organizations behind them permission to gather and use our personal information means that we do pay for their services – not in cash but at the cost of our attention, privacy, and security.”

In a statement, Computer Professionals’ Union (CPU) said that FaceApp comes with ‘several risks and dangers’ especially since its popularity surged after Facebook’s alarming issue of duplicate accounts as well as the government’s awful try on COVID-19 contact tracing.

CPU said that suspicious activities online, including the proliferation of doppelgänger accounts on Facebook, could possibly benefit from FaceApp data.

“And with the advent of the Anti-Terrorism Bill possibly becoming law, there is danger that these doppelgänger accounts, coupled with realistic likeness of the persons they’re impersonating, could maliciously act in violation of the provisions of said law thereby framing the actual person,” the group said.

AI-powered facial transformation tool FaceApp has flooded the social media once again for its gender-changing feature.

In order to use its gender-change feature, FaceApp will need to ask permission to access the user’s personal information, as well as some features of the user’s device.

· Personal information and disclose it to law enforcement, government authorities, and private parties.

· Disclose your personal information to professional advisors, such as lawyers, bankers, auditors and insurers, where necessary in the course of the professional services that they render to us.

FaceApp cannot ensure the security of any information you transmit to FaceApp or guarantee that information on the App may not be accessed, disclosed, altered, or destroyed.

While the app is very clear on owning up the data you input through their ‘services,’ it waives your legal rights. From section 8 of their terms of use agreement, FaceApps clearly avoids accountability to any possible damages the app might cause.

According to FaceApp’s Terms of Use Agreement, it states that when using the app, we allow:

· Nonexclusive, royalty-free, worldwide, fully paid license usage, reproduction, modification, adaptation, and create derivative works from, distribute, perform and display your User Content during the term of this Agreement solely to provide you with the Services.

· Process, transfer and storage of information about you in and to the United States and other countries

· Warrant that (y) you are not located in a country that is subject to a U.S. Government embargo, or that has been designated by the U.S. Government as a “terrorist supporting” country

CPU added that the anti-terror bill’s vague provision can easily use FaceApp’s lack of liability as a tool for surveillance and impersonation, endangering lives of human rights defenders, progressives, and dissenters.

Aside from its digital security risks, LGBTQIA+ community also expressed frustration at how the app is being used to dismiss their struggle against discrimination.

Amber, an LGBTQIA+ rights advocate and member of UP Babaylan took to Twitter her dismay on ‘bandwagons’ use of FaceApp while dismissing trans struggles.

In an interview with Bulatlat, Amber expressed that what becomes an issue for her, as a trans woman, is when people who deny trans women of their woman-ness and trans men of their man-ness join the bandwagon and act as if they do not have prejudice towards trans people.

“This is basically them appropriating transitioning as an okay activity for them, pero sa amin, bawal just because cishets sila.”.

To review permissions, you allow existing apps on your device, digital security experts recommend the use of AppWatcher.