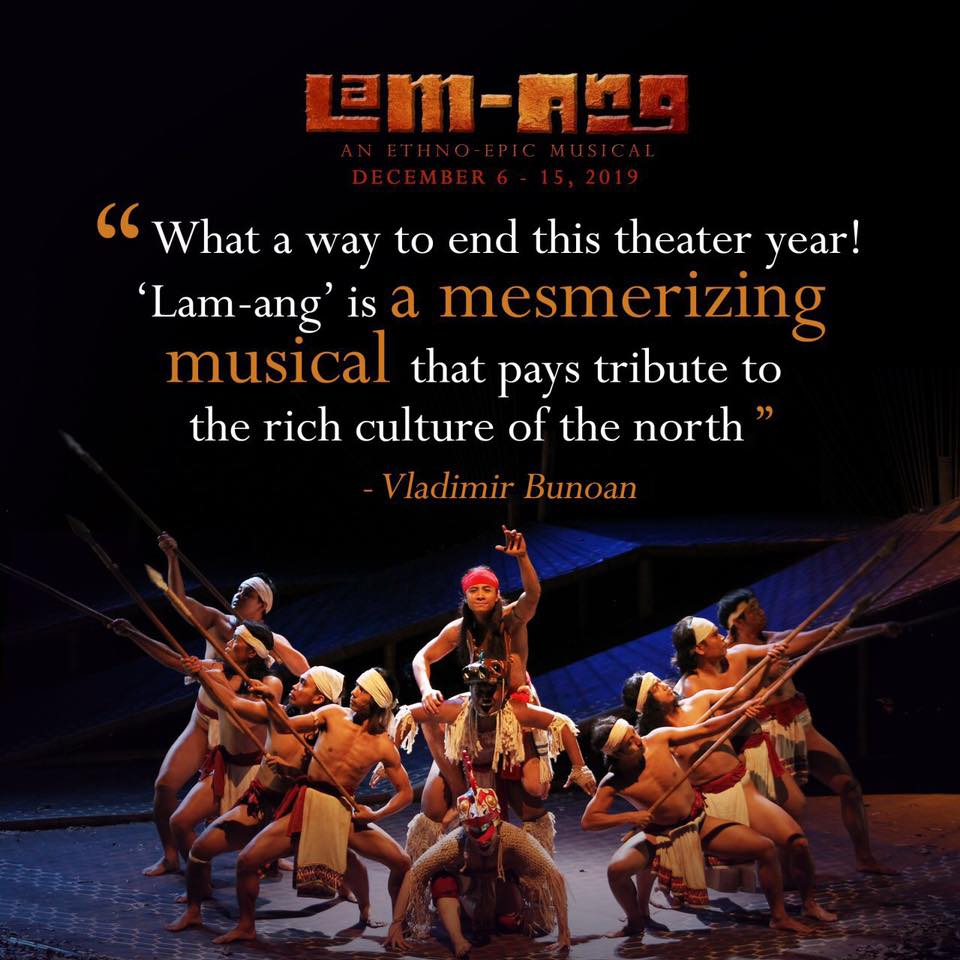 MANILA — Missed the staged production of Lam-Ang? Worry no more!

Coming from a successful run last December 2019, the epic-based musical Lam-Ang starring JC Santos and Anna Luna is set to stream online along with other theater plays.

Cultural Center of the Philippines’ (CCP) resident theater company Tanghalang Pilipino is set to launch Pantawid ng Tanghalan, a fund-raising activity that seeks to sustain the company’s commitment in bringing artistically-excellent and socially-relevant productions to the public.

Pantawid ng Tanghalan comes on the heels of the theater group’s online initiative, ‘PansamanTANGHALAN’, which was launched last April.

Read: Lam-ang: a story of leadership and self-realizations

In partnership with online streaming iWant, TP will bring six Tanghalang Pilipino productions that can be accessed by the public.

Tanghalang Pilipino has always been dedicated to staging plays rooted in the rich heritage and culture of the Filipinos.

Aside from iWant, snippets of shows can also be viewed through Tanghalang Pilipino official Youtube channel: http://youtube.com/tanghalangpilipino