Mang Dodong and other faces of injustice during lockdown 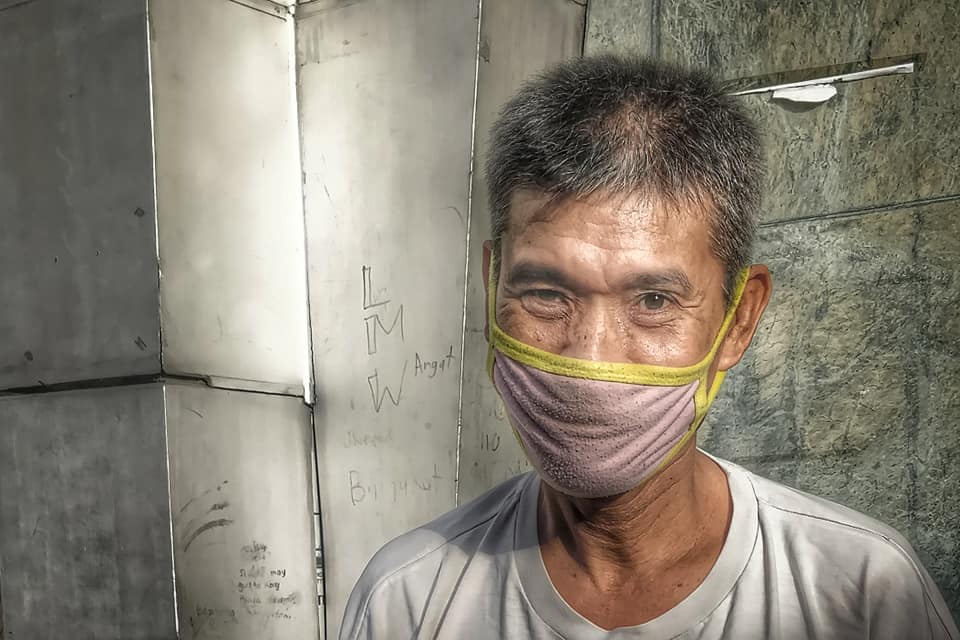 “They are not disobedient, they are just striving to survive.”

MANILA– It’s been exactly one hundred days since President Rodrigo Duterte placed Metro Manila under quarantine as a precaution against the COVID-19 pandemic. By the end of June 2020, the Philippines will officially have the longest quarantine in the whole world, bypassing the 76-day quarantine imposed on Wuhan, China where the virus originated, and it seems the government will not be letting it up soon.

The long lockdown has left a devastating blow on the economic lives of many Filipinos, with the marginalized bearing the worst brunt.

In the 12th episode of Bulatlatan, three photojournalists who went out in the field during the enhanced community quarantine shared how the pandemic has heavily affected the less privileged.

Left with no choice

Fish vendor Joseph “Mang Dodong” Jimeda suddenly became the icon of ordinary citizens wrongfully punished for violating the quarantine regulations, while big shots like Major General Debold Sinas were able to get away despite holding a “mañanita” during the ECQ.

Freelance photojournalist Vincent Go, who took the photo of Jimeda, said that he did not mean for his photo to be viral on social media.

“I just took it as a proof of life for the family, that he was still alive,” said Go.

Go said he and another colleague were asked by Caloocan Bishop Pablo Virgilio David to help locate Jimeda. The family had sought the bishop’s help as Jimeda then had been missing for six days.

“And in places like Caloocan, being gone for six whole days is a cause of concern,” Go said.

As one of the so-called night crawlers, or a team of photojournalists who have consistently pursued cases of drug-related extrajudicial killings, Go feared that Jimeda could have ended up dead. Caloocan is one of the cities with the highest number of “tokhang” victims, or those killed in ‘anti-drug’ police’s operations.

Apparently, Go and Jimeda’s family had a difficult time finding him because Jimeda’s surname had been misspelled as ‘Pineda’ in the police’s record.

They were finally able to find him in a detention center for ECQ violators at the Navotas Sports Complex. Jimeda was arrested on May 7 for not carrying a valid quarantine pass while he was trying to buy fish to sell at the Navotas Fish Port, and had to stay in detention for 12 days for violating enhanced community quarantine rules.

Jimeda only wanted to earn a living for his family.

Go said that netizens should not throw the ‘pasaway kasi’ (stubborn) comment lightly when it comes to ECQ violators.

“You have to understand them,” said Go, “They are not disobedient, they are just striving to survive.”

The same can be said with the arrested jeepney drivers, or collectively called as Piston 6.

Altermidya’s Jaja Necosia, who covered the protest action of Piston jeepney drivers as well as the arrests in sitio San Roque, Quezon City pointed out the irony of arresting the people who were simply asking for help.

According  to the Philippine Statistics Authority, the Philippines marked its highest-ever unemployment rate in history last April at 17.7 percent.

Only a month after Duterte placed Luzon in total lockdown, 7.5 million Filipinos were left jobless while 6.4 million more were under employed.

“We do these kinds of stories not for ourselves,” said Necosia, “They are simply stories reflecting our current realities, as well as what the government is doing to us during this pandemic.”

Yummie Dingding, photo editor of Tribune, also saw first-hand how it was for the homeless and for the people living in the slums. She lamented that physical distancing was impossible. One time, she was able to witness a woman giving birth inside a cramped house.

“I hope (the government) will not stop with only the social amelioration, they should also implement a recovery plan for those without earnings,” said Dingding.

Despite the risks of going out, photojournalists like Dingding, Go and Necosia know the importance of giving face to the plight of the marginalized and oppressed in this time of pandemic.

The post Mang Dodong and other faces of injustice during lockdown appeared first on Bulatlat.