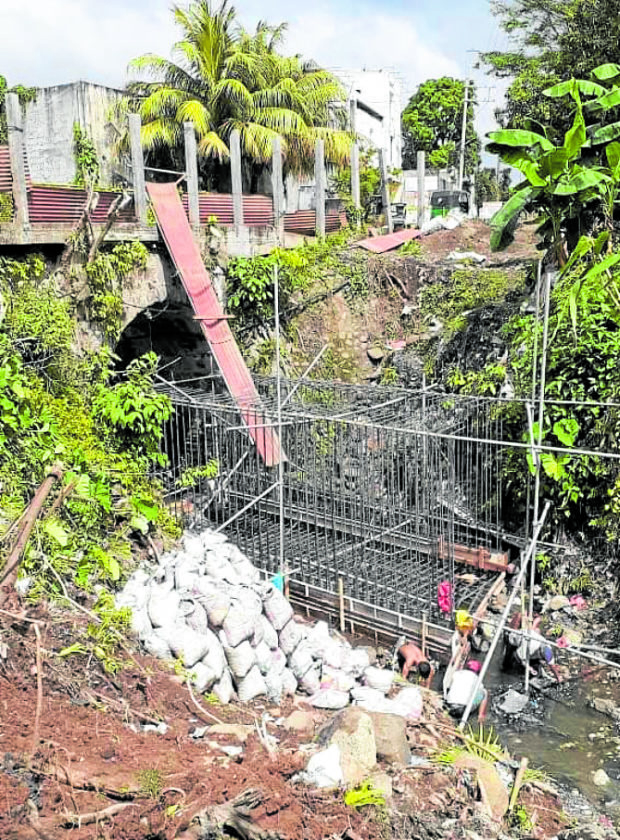 Tayabas, the former capital of Tayabas (now Quezon) province, is the only area in the country where a large concentration of extant Spanish colonial bridges is found.

In all, there are 21 puentes and puentecitos (big and small bridges) in the city, half of which are declared National Cultural Treasures (NCT) by the National Museum.

This is despite the enactment of the National Cultural Heritage Act of 2009 and the DPWH circulars on the protection of heritage sites and structures from road widening projects.

Unfortunately, even more heritage bridges are under threat today due to a road widening project along the Tayabas-Sariaya Road.

Seven mostly unnamed bridges are to be affected, two of which still have their parapets intact. These are located in Barangays Baguio, Malaoa, Potol and Kalumpang.

These bridges, according to local historian Ryan Palad are presumed important cultural properties under the heritage law and included in the Philippine Registry of Cultural Property of the National Commission for Culture and the Arts (NCCA), and thus must be protected from modification and demolition.

He criticized the “desecration” of these bridges despite their historical, cultural and architectural significance.

“When we got the NCT declaration for our bridges, we were made to believe that these bridges and the visual settings and fabric will forever be protected and will remain as authentic, as original as possible,” he said.

Unfortunately, much had been sacrificed in the past plus these additional seven which were built sometime in the 1850s, he added.

Despite their importance, he said, it is saddening that “these are still subject to expansion, desecration and destruction.”

In a statement, the local government’s heritage arm, Oplan Sagip Tulay (OST) Tayabas Heritage Group Inc., assured the heritage sector and the public in general the protection of the city’s cultural patrimony which includes these bridges.

“We are with you in the continued care, protection and maintenance of Tayabas’ cultural treasures,” said OST president Michael Vincent Pabulayan in Filipino.

Pabulayan also said that it is important that the heritage structures are declared by national cultural agencies so that their protection and conservation are assured, adding that the group supports the declaration of other structures in the city such as the Spanish-era stone crosses, chapels and the small bridges.

“Our colleagues in the heritage sector know that the heritage law and local ordinances are not enough in preventing those that would like to destroy a cultural property.”

He called for coordinated efforts among stakeholders in the protection and conservation of Tayabas’ heritage properties, not just its famed bridges.

He likewise stressed the need for incentives for heritage owners for protecting and maintaining their properties just like what other cities did such as San Fernando in Pampanga and Silay in Negros Occidental which give a hundred-percent tax relief for heritage owners.

A recent online discussion attended by local stakeholders and heritage professionals was organized by the Tayabas studies and creative writing center Atagan and Tuklas Tayabas historical society for the purpose of having a collective move on the protection of the city’s built environment.

In the program, Michael Manalo of the National Committee on Monuments and Sites of the NCCA shared that coordination between the latter and DPWH is underway regarding the creation of heritage base map that the latter can use to overlay their plans.

Manalo said the purpose of this move is to protect the nation’s national patrimony, such as bridges, from road widening projects which have affected a number of structures in recent years.

In the same online event, Tayabas resident and retired teacher Fredeswinda Carillo said she hopes the discussion and the situation of the city’s heritage would “arouse the feelings” of pertinent agencies and authorities especially the DPWH and the local government for these to act in the preservation and conservation of the historic edifices of Tayabas. —CONTRIBUTED