Spanish as language has waned in PH, but can make comeback 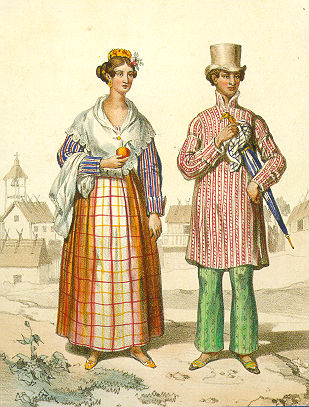 When I was growing up in Manila in the 1960s and ’70s, the Spanish language was no longer as vibrant as it had been in the prewar era, when Filipino poets such as Jesus Balmori or Fernando Maria Guerrero reigned.

Hardly anyone spoke Castilian in the streets or in the halls of Congress. I was later told that it was still spoken in Malacañang up to the time of President Diosdado Macapagal (1961-1965).

Spanish was cultivated in elite social circles and schools favored by the Filipino Hispanic mestizos like De La Salle College, San Juan de Letran or San Beda College for boys and Assumption Convent and St. Scholastica’s College for girls. The stronghold of the Hispanistas was in the venerable University of Santo Tomas, run by Spanish Dominicans.

There was a clear cultural divide between these “old school” institutions and the vanguard of the Jesuit Ateneo de Manila (Rizal’s alma mater now run by Americans) and the University of the Philippines or Silliman University in the south, both founded during the American era. In these latter schools, English was king, which represented everything that was modern, progressive and up-to-date. Those who mastered English were also sure to succeed in these schools as well as in their later careers.

Though there were still some Spanish newspapers like El Debate, these were not as widely distributed or as read as the English newspapers like Manila Chronicle, Manila Bulletin, Manila Times or the Herald or even the Tagalog publications like Taliba or local comic books.

Filipino films in Spanish had disappeared. Young men and women entering journalism were more likely to hone their expertise in the English language rather than the idiom spoken by their grandparents. Rare were those writers like Carmen Guerrero-Nakpil and her brother Leon Ma. Guerrero, who were fluent in both languages. In other words, the relentless campaign that the Americans had led during their dominance from 1898 up to 1946 (with the Japanese interregnum of 1941-1945) to establish English as the primary medium of communication had succeeded, at the cost of Spanish (formerly the lingua franca) and the local languages.

Though in theory Philippine independence had been granted in 1946, America’s soft power was still exercised through the educational system and the media, which echoed much of the trends occurring in the American mainland. If there was any doubt about this, there were still the messages supplied by the powerful American military bases on Filipino territory and the Catholic private schools run by foreign orders, who supported the use of English as a medium of instruction.

The war had devastated the physical centers where Spanish had been spoken in Manila such as Intramuros, Ermita and Malate. Curiously, a native patois had developed there, a mixture of Spanish and Tagalog called lengua de tienda.

Caught up in the rebuilding of their newly established nation and dependent on American support, Filipinos—who were now more conversant in English than in Spanish—could hardly be expected to fight for the preservation of a language associated with their former colonizer, which had itself been relegated to a second-class status.

In addition, Spanish suffered from the reputation of being a “snob language” spoken by elitist people (later labeled the “coño kids”) who did not wish to rub elbows with the masses. Filipinos did not know that in Latin America, Spanish was a street language and even a revolutionary one.

On my paternal side, my great-grandparents had spoken Spanish in school and at home. My great-grandfather Don Eduardo Reyes (whose brother Jose had been known as Pepeng Kastila) had been gobernadorcillo or town mayor of Maragondon, Cavite, and his mother, Romana Arguelles, was a full-blooded Spaniard from Cadiz. Records of their births, marriages and deaths are still extant in elaborate Spanish in the archives and in the parish church documents of this historic town, where the hero Andres Bonifacio was tried in our ancestral home.

On my mother’s side, mainly from the old districts of Binondo and Malate in Manila, my great-grandfather Felipe Tempongko (who was of Chinese Malay origin) and his part-French wife Leocadia Lheritier had been schooled in Spanish and spoke this alongside Tagalog with their children. The next generation, studying in public and sectarian schools, was now more at ease with English.

My mother had spoken Spanish as a child (making up her own words such as “bicicletar”) but had switched to English when she entered school. She remembered that her Lola Leocadia mostly read penny novels in Spanish and was delighted to say the occasional English word like “fish.” She spoke with her grandmother in Tagalog.

I spoke English and Tagalog at home and was vaguely aware of Spanish, spoken at times by older people like my grandmother, Esther Tempongko-Alcantara, and her cousin, Flora Ongpin-Heras. These ladies had experienced the full splendor of Spanish as a dynamic language of Manila in the 1930s and ’40s.

At De La Salle College, where my brother schooled, and at St. Scholastica’s, frequented by my cousins, the Spanish mestizos would loudly share answers to quizzes with each other in their exclusive tongue. The unfortunate offshoot of all this was the impression that Spanish was a tongue only for the rich and the privileged.

That was a world that we did not seem to share until one day, on my own at age 14, I began to explore Intramuros and determined that I should learn the language. It was around this time that Nick Joaquin’s stories had also begun to make an impression on me.

My grandmother Esther (or Eya, as we called her) was the first person with whom I could begin to speak this language. Tellingly, a maternal aunt was annoyed that I would try out my Spanish on her, as if I was putting on airs. I remembered stories from a paternal aunt who said that she and her siblings found it a silly and laughable venture when a Spanish tutor was hired by their father to teach them the language. It was the equivalent of being taught a few bars of piano music, to be conveniently forgotten at the first instance.

All told, Spanish was badly taught at academic institutions. A law which required college students to study 24 units of Spanish, equivalent to a full semester out of eight required to graduate, proved to be ineffectual. Generations of students so taught were unable to complete the most fragmentary of sentences or to comprehend simple stories or anecdotes. The minimum that most students ended up with were a few stanzas of Jose Rizal’s “Mi Ultimo Adios.” Unlike before the war, there were no Spanish films in the cinemas, no radio programs (let alone television) or theater in Spanish and few cultural centers or libraries for Spanish books. This was a natural consequence of the waning of the Hispanic presence in the Philippines, which had been supplanted by the American one.

For a budding enthusiast such as myself, such a situation was only remedied by self-study and by the encouragement of dedicated teachers in college (by which time, the requirement to study Spanish was reduced to only 12 units).

This would lay the groundwork for my studies after graduation in Instituto de Cultura Hispanica in Madrid as well as my assignments as a career foreign service officer in Mexico and in Chile. Coinciding with my Latin American stints and the celebration of the Centenary of the Philippine Revolution in 1998, I wrote and published a book in Spanish titled “La Revolucion Filipina: El Nacimiento de Una Idea.” (Santiago de Chile, 1998)

My knowledge of Spanish not only helped me in my diplomatic career but enabled me to pick up French and especially Italian since I would end my 35-year tenure as Philippine ambassador to the Italian Republic. Having been assigned as well at the Philippine Mission to the United Nations in New York, I knew how Spanish could be a bridge to the Latin American nations at this international body. This continued in my assignments in other countries, where the Hispanic link to Latin America proved to be valuable.

Spanish today in the Philippines no longer carries the weight of centuries of colonization. It is regarded as one language among many that can mean revenue for those who work abroad or in the call centers that are one mainstay of our economy.

For students no longer required to study it, Spanish opens a door to those who might wish to understand its culture better, whether in the arts, architecture, heritage or cuisine. A lecture at Instituto Cervantes in Casa Azul in Intramuros now draws young crowds spontaneously.

With the advent of social media and the ease of international travel prepandemic, learning Spanish and communicating with Hispanic speakers across borders is now painless and economical. Filipinos with their variegated culture and broad international exposure may yet prove to be the bridge between the Hispanic and Anglo worlds in this era. Notably, a Miss Philippines was chosen to be Miss Latin/Hispano America in a beauty contest, setting a new trend.

My own hope is that a new generation of Filipinos may be motivated on their own to learn to feel the ardor of “El Himno Nacional de Filipinas” in the original Spanish and to recite “Mi Ultimo Adios” with full awareness of what Jose Rizal meant in his original words. That is when the Philippines will no longer be “Nuestro Perdido Eden.” —CONTRIBUTED

The author is a career diplomat of 35 years, serving as Philippine ambassador to South Africa and Italy. He is now retired, engaged in writing, traveling and pursuing cultural heritage projects. He is launching two books today and tomorrow, “Nuestro Perdido Eden” (a novella) and “A Memory of Time” (a collection of essays).