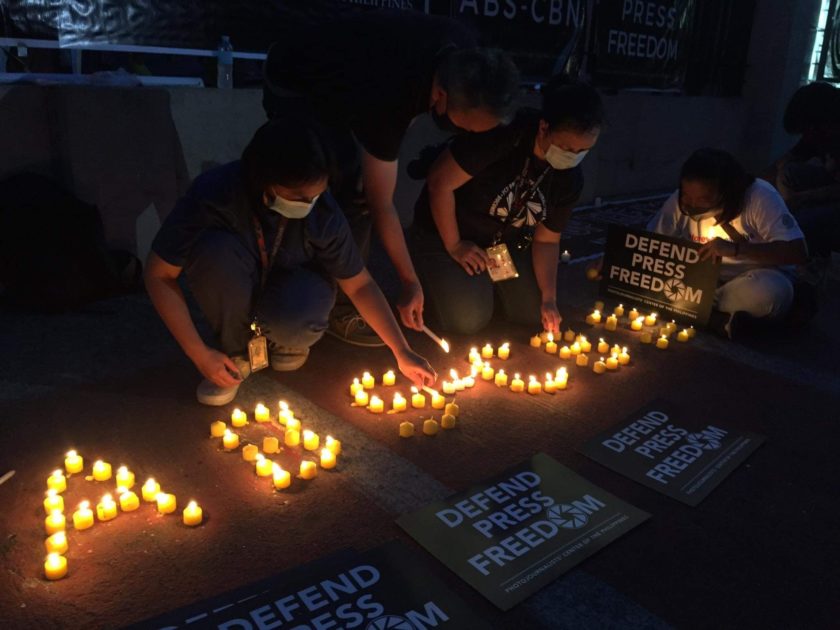 “It is clear that the goal of this administration is not only to shut down ABS-CBN but to send a message throughout the media industry.”

MANILA– Approximately 55 million subscribers will be affected with the National Telecommunications Commission’s (NTC) decision to shut down broadcasting giant ABS-CBN’s TV Plus operation as well as SKY Cable’s satellite broadcast.

NTC issued two orders today, June 30, ordering ABS-CBN’s digital broadcast TV Plus, and their cable company SKY Cable Corp. to ‘immediately cease and desist’ its transmission and broadcast.
The CDO against SKY Cable said that although it has given the corporation provisional authority to maintain their service from 2015 to 2021, SKY Cable’s legal franchise had already expired last May 4.

ABS-CBN President and CEO Carlo Katigbak worries about the repercussions the shutdown would incite. “If we shut it down (TV Plus), that’s about 55 million people that will lose access to news and information,” said Katigbak.

The National Union of Journalists of the Philippines called the cease and desist orders as another ‘determined effort’ of the administration to silence the network to appease the whims of President Rodrigo Duterte.

“It is clear that the goal of this administration is not only to shut down ABS-CBN but to send a message throughout the media industry,” said the group in their statement.

“This must not go unchallenged,” NUJP said.

The group led a candle lighting ceremony in front of ABS-CBN’s Esguerra gate earlier this evening as a show of support, and to ‘keep the light burning’ for press freedom.

According to Defensor, the fact that the broadcast company’s shows continue to air using the digital box is ‘not only a violation of the franchise, but a usurpation and infringement of the powers of the Congress.’

Deputy Speaker Rodante Marcoleta also questioned how SKY Cable is still able to broadcast several of ABS-CBN’s TV shows and channels despite the expiration of its 25-year franchise.

Katigbak told the committee that in the past, the NTC has permitted other companies whose franchises have expired, but whose franchise is currently being deliberated by the Congress, to continue with their operations until such time that the franchise is approved or denied.”

Katigbak asked the House committee and NTC to extend the same fairness and due process they have given to other companies.

“We would like the permission to have the same privilege extended to ABS-CBN, in the spirit of fairness,” said Katigbak.

Katigbak added that their digital broadcasting was done under the government’s digital migration plan, which aims to completely remove television broadcasting from analog signal to digital television by 2023.

He also said that NTC’s cease and desist order (CDO) did not cover Channel 43, and was the reason why it can still air shows despite the CDO.

NTC Commissioner Gamaliel Cordoba said it should have been clear that the CDO should also include Channel 43, but he also admitted to Bayan Muna Rep. Carlos Zarate that the order did not specify the channel in particular.

Federation of International Cable TV and Telecommunication Association (FICTAP) had been insisting that ABS-CBN’s  had violated franchise regulations with their multiple channels, ever since the company’s shut down last May 5.

But during today’s hearing, NTC admitted that ABS-CBN Corporation, in fact, did not violate the terms of their franchise with their multiple TV plus programs.

“This allows broadcasters to introduce multi channels using the same radio frequency it was originally granted under their existing franchise or franchises,” said PCTA  President Ralph Casiño, adding that digital compression has always been a key feature in migrating from analog to digital.