Networked propaganda: How the Marcoses are using social media to reclaim Malacañang 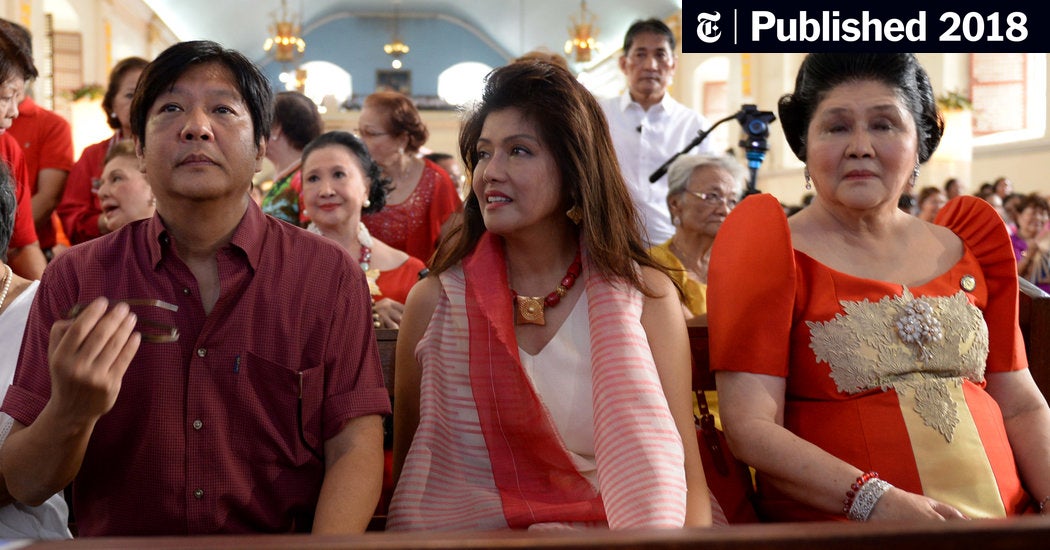 Disinformation, coordinated amplification, use of an extensive network of anonymously-managed pages and groups are part of the Marcos comeback playbook

MANILA, Philippines – Massive amounts of propaganda and targeted disinformation produced and amplified by an extensive network of websites, Facebook pages and groups, YouTube channels, and social media influencers appear to be part of a systematic campaign to burnish the image of the Marcoses and pave the way for their further rise in Philippine politics.

The content that this network circulated included numerous claims that sought to alter public perception of the Marcoses by either downplaying or outrightly denying kleptocracy and human rights violations during the Martial Law years, exaggerating Marcos achievements, and vilifying critics, rivals, and mainstream media.

Many of these claims have since been debunked and proven to be false. A number of pages and accounts that are part of this network have also been taken down by Facebook for posting “spammy content” and  “coordinated inauthentic behavior.”

The campaign ramped up two years ahead of the 2016 elections and continues to produce and amplify content on a scale that rivals the volume of content circulated by mainstream media groups to date.

The pages and groups involved were observed to be systematically sharing and amplifying each other’s content, along with content from known pro-Duterte and pro-Marcos social media influencers.

The campaign ramp up included the creation of hundreds of fan groups and pages supporting the Marcos family. As of September 5, 2019, the Sharktank, a Rappler database, has tracked over 360 pages and over 280 groups supporting the family – whether it’s now-senator Imee Marcos, Ferdinand “Bongbong” Marcos Jr, their late father, or family matriarch Imelda Marcos. (The Sharktank is a Rappler database built to monitor Philippine conversation channels within Facebook – through public pages, public groups, and publicly available posts.)

The graph below shows the dates the pages were activated based on the first post from these pages that the Sharktank spotted.

The only other local politicians who rival the Marcoses in terms of number of fan groups and pages are President Duterte himself, and Senator Bong Go. Rappler has tracked around 1,800 Duterte fan pages and hundreds of fan groups to date. Initial Duterte fan pages were created as part of the ramp up for the 2016 presidential elections. Most, however, were created after Duterte assumed office.

Rappler has also detected similar messaging in relation to Martial Law and the Marcos dictatorship across pro-Duterte and pro-Marcos pages.

As the graph shows, while a few Marcos pages were created much earlier, the creation of new pages per month really started to ramp up in 2014, around the time former first lady Imelda Marcos first mentioned she wanted her son to run for president.

It was in July 2014, during her 85th birthday celebration, that Imelda Marcos hinted at a plan for a Marcos return to Malacañang. She said her son Bongbong, who was already senator at the time, was “qualified” to contest the presidency in 2016.

The graph above also indicates that new fan pages were created even after the 2016 elections. Further ramp up happened ahead of the 2019 elections when another Marcos offspring, Imee Marcos, ran for the Philippine Senate.

Imelda, in 2014, said she still has a “vision” to help the Filipino people and that returning to Malacanang would be a great help in implementing her projects.

But this was not the first time that the Marcoses attempted a return to Malacañang. Since they were evicted in 1986, Imelda herself attempted to return to the Palace twice.

The first attempt was in 1992, when she ran for president under her husband’s Kilusang Bagong Lipunan party. She lost the race, tying at 5th place with then-Senate president Jovito Salonga, getting 10% of the votes.

The second time was supposed to be in 1998, but she withdrew days before the elections. She did not have a chance to win anyway at the time. Already convicted of two counts of graft by then, an exit poll of Social Weather Stations ranked her 9th out of 11 candidates, with only 0.9% saying they would vote for her.  (The Supreme Court voided her conviction months after the polls. For more on the Marcos cases, READ: What’s the latest on cases vs Imelda Marcos, family?)

Bongbong Marcos himself also attempted to bag a national post in 1995 when he ran for senator under the Kilusang Bagong Lipunan party founded by his father and as part of the Nationalist People’s Coalition ticket. He finished the race ranking a miserable 16th place with more than 8 million votes.

From that point, it took more than a decade before a Marcos sought national office again. It was not until 2010 when Bongbong finally won a Senate seat. He ranked 7th place, with 13,169,634 votes.

Winning the Senate is one thing. The question was whether a Marcos was ready for the final goal: getting Malacañang back. It was doubly difficult because in the 2010 elections, the son of Marcos nemesis, Benigno “Ninoy” Aquino Jr, Benigno Simeon “Noynoy” Aquino III, won as president on an anti-corruption platform.

Social media was a handy trick in the bag. (To be continued) – with Vernise Tantuco and Akira Medina/Rappler.com

Below are links the to the other parts of this series: