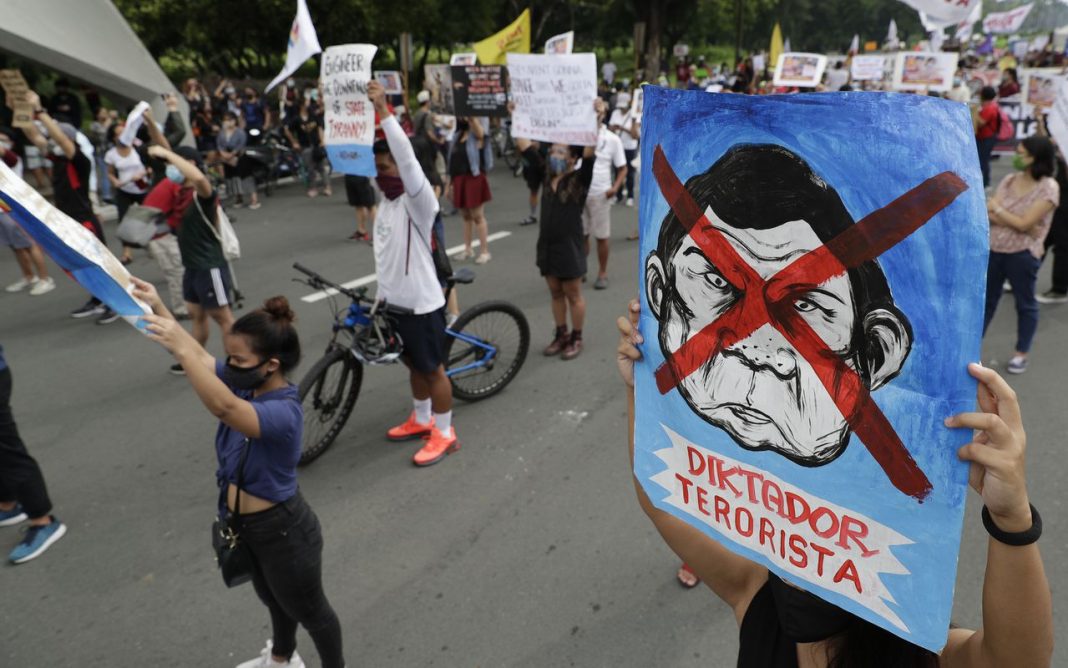 Constitutional rights were stressed after the acting police chief said they would only allow rallyists supporting president-elect Ferdinand Marcos Jr. near his inauguration site on June 30.

Police Lt. Gen. Vicente Danao Jr., the officer-in-charge of the national police force until a new chief is named, was asked about their preparations for the upcoming ceremony on the National Museum grounds.

A reporter asked the question considering the venue’s proximity to the Mendiola and the Liwasang Bonifacio which are common rally grounds.

He was also asked what the police would do if the protesters marched toward the inauguration site.

“Sabi ko nga, we all have the freedom of expression, tama ‘yan. Pero ‘pag it is for the government, wala po tayong problema diyan,” Danao said.

“But if you are pulling down the government, especially those who is needing it, e talagang medyo ano ‘yan. Although we have that right of expression, tama po ‘yan, pero we also have to respect. Kasi baka masira naman po natin ‘yung ano… ‘di ba?” he added.

Protesters against the president-elect have been claiming that the police force is using excessive force to disperse rallies on the ground.

The Philippine National Police said it was just doing its job.

Danao said they wanted the inauguration to go smoothly and added the rallyists should also look into themselves, not just supposedly invoke “human rights.”

Marcos will take his oath as president at the National Museum premises in Manila, which once housed the legislative building that protesters previously surrounded to oppose his father’s dictatorship.

Meanwhile, Danao’s comments raised some eyebrows among Twitter users who argued that people have the Constitutional right to express themselves and assemble.

“Huh??? Ano raw?? Papayagan if they are in support of the new admin??? Whether they are supportive or critical of the incoming admin, they MUST be allowed to express themselves. KARAPATAN nila ‘yon. Just because hindi pabor sa inyo ang mga nagra-rally doesn’t (mean) ganyan na agad,” a Filipino commented.

“Suppression to our right of expression and freedom of speech,” commented a different Filipino.

Another Twitter user said dissent “is a hallmark of democracy” in societies.

“Or are we not a democracy anymore?” the user wrote, responding to Danao’s comments.

Filipinos have the right to express themselves and address their concerns to the government regardless of any political affiliation.

This is enshrined in the 1987 Philippine Constitution—considered the highest law of the land—under Article III or the Bill of Rights. Section 4 specifically states:

“No law shall be passed abridging the freedom of speech, of expression, or of the press, or the right of the people peaceably to assemble and petition the government for redress of grievances.”

“To this end, the State shall ensure the free exercise of such right without prejudice to the rights of others to life, liberty and equal protection of the law,” it said.

The act also prohibits people from “obstructing, impeding, disrupting or otherwise denying the exercise of the right to peaceful assembly,” among others.

It likewise said that “law enforcement agencies shall not interfere with the holding of a public assembly” unless there are signs of violence.