Journalists to PNP: Nothing wrong with reporting on peasant rights, land issues 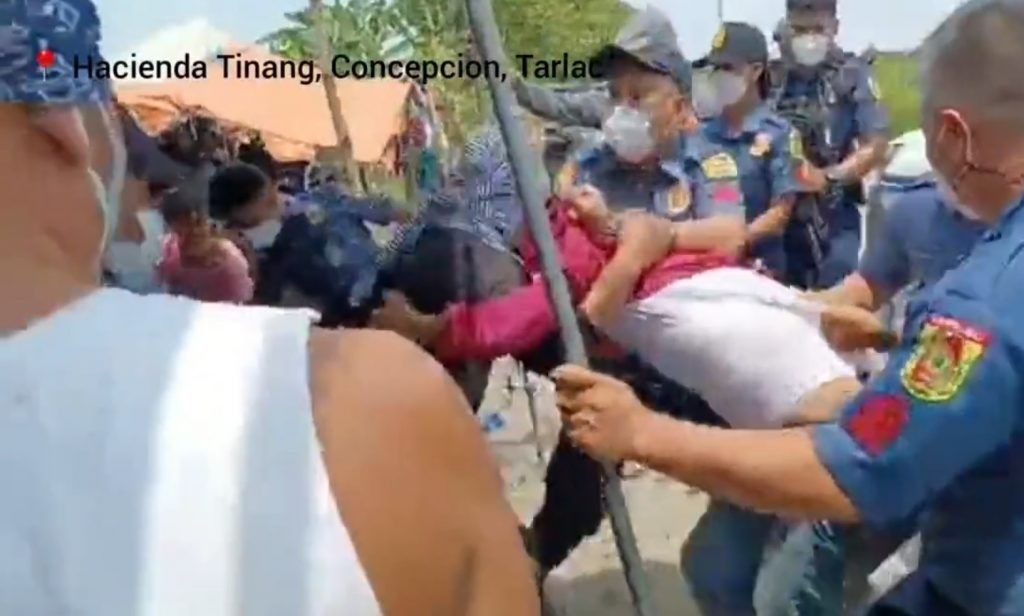 MANILA, Philippines — There is nothing wrong with reporting on peasant rights and other issues of public, journalists said after the Philippine National Police questioned the presence of media workers at a land cultivation activity in Tarlac.

Eleven journalists, including nine campus journalists, were among those arrested during a ‘bungkalan’ (land cultivation) activity at Hacienda Tinang in Concepcion town last week. They were nabbed despite identifying themselves as members of the press.

On Monday, Police Lt. Gen. Vicente Danao Jr., PNP officer-in-charge until a chief is appointed, questioned the presence of journalists there.

“Why are you with those militants? What is your purpose there? That’s my question for you… In the first place, if you went there, you’re already with those people,” he said.

In response, alternative media network Altermidya asked: “Why not?”

Journalists were covering the launch of a farmers’ cultivation program in anticipation of their formal installation as agrarian reform benefeciaries.

“When has it been wrong for the media to report on issues that involve peasant rights and public interest?”

Aside from covering government programs and social events, journalists also report about social issues such as land disputes and the agrarian reform program.

The International Federation of Journalists meanwhile called the detention of journalists and the spread of unfounded allegations against them “highly concerning.”

“Police must ensure the safety of journalists in the field and protect press freedom. The IFJ calls on the authorities to immediately drop all charges against the journalists,” it said in a statement.

Human Rights Watch meanwhile said that Danao sought to undermine the credibility of journalists by practically accusing them of participating in the event.

“Lt. Gen Danao should recognize that freedom of the press means reporters should be able to go where they need to in order to cover the story they are working on,” said Phil Robertson, deputy director of HRW’s Asia division.

“What is particularly disturbing is Lt. Gen. Danao’s dismissive attitude towards the rights of Filipinos to hold a peaceful public assembly, and his threats to violently disperse them”” he added, noting that this kind of confrontational and aggressive police attitude is uncalled for.

The eleven journalists and others arrested in Concepcion were released on bail on Sunday and are scheduled for arraignment on Friday.

The mass arrests led to crowdfunding efforts to raise money for the bail of journalists, activists, and farmers. — Gaea Katreena Cabic