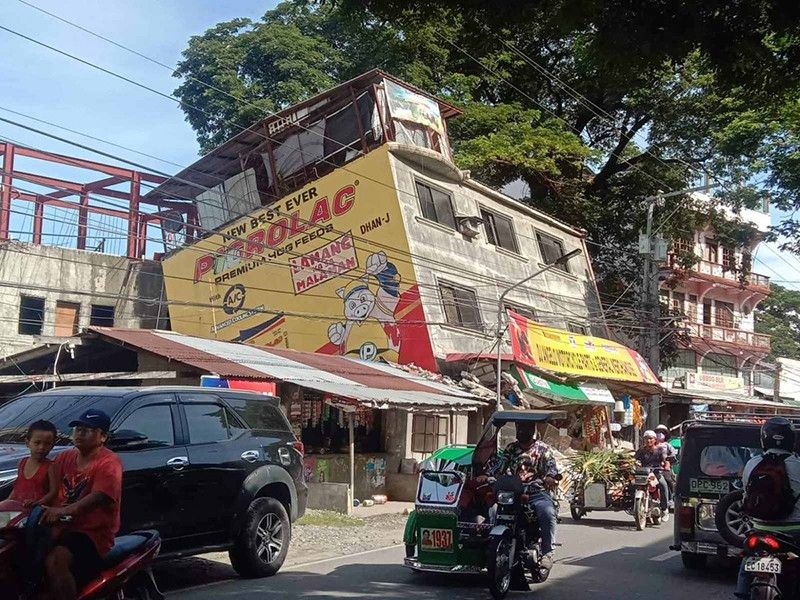 The Philippine Institute of Volcanology and Seismology earlier measured the tectonic quake at 7.3 magnitude, but revised it to 7.0 magnitude.

According to Phivolcs, the quake was recorded three kilometers west northwest of Tayum town at 8:43 a.m. That quake had a depth of 17 km.

Phivolcs said instrumental intensities were recorded in the following areas:

Meanwhile, reported intensities were the following:

The US Geological Survey reported the quake was measured at magnitude 7.1 east southeast of Dolores town in Abra. It had a depth of 10 kilometers.

The Pacific Tsunami Warning Center in Honolulu, Hawaii said there is no tsunami threat following the earthquake.

In Dolores, which felt the full force of the quake, terrified people ran outside their buildings and windows of the local market were shattered, Police Major Edwin Sergio told AFP.

“The quake was very strong,” Sergio said, adding there were minor cracks in the police station building.

“Vegetables and fruits sold in the market were also disarranged after tables were toppled.”

A video posted on Facebook and verified by AFP showed cracks in the asphalt road and ground in the nearby town of Bangued, but there was no visible damage to shops or houses.

A number of people were injured in Bangued and taken to hospital for treatment, police chief Major Nazareno Emia told AFP.
University student Mira Zapata was in her house in San Juan town when she felt “really strong shaking”.

“We started shouting and rushed outside,” she said, as aftershocks continued.

“Our house is ok but houses down the hill were damaged.”

Philvocs director Renato Solidum said the earthquake was caused by the movement of the Abra River Fault.

“Anything that is magnitude 7.0 is a major earthquake,” Solidum said.

He warned that aftershocks can be felt for up to three days following the earthquake.

“Definitely, we are expecting aftershocks. Typically, based on our experience, there are a lot of aftershocks in the first two days. The number of quakes will decreased on the third day,” Solidum added.

He advised the public to refrain from using damaged houses and buildings.

The Philippines is regularly rocked by quakes due to its location on the Pacific “Ring of Fire”, an arc of intense seismic activity that stretches from Japan through Southeast Asia and across the Pacific basin.

Wednesday’s quake was the strongest recorded in the Philippines in years.

In October 2013, a magnitude 7.1 earthquake struck Bohol Island in the central Philippines, killing over 200 people and triggering landslides.

Old churches in the birthplace of Catholicism in the Philippines were badly damaged. Nearly 400,000 were displaced and tens of thousands of houses were damaged.

The powerful quake altered the island’s landscape and a “ground rupture” pushed up a stretch of ground by up to three meters, creating a wall of rock above the epicentre.

In 1990, a magnitude 7.8 earthquake in the northern Philippines created a ground rupture stretching over a hundred kilometres.

Fatalities were estimated to reach over 1,200 and caused major damage to buildings in Manila.

During major earthquakes, the agency said people would find it difficult to stand on upper floors, trees could shake strongly, heavy objects and furniture may topple and large church bells may ring. — with report from Mikhael Flores of Agence France-Presse