Amid a Pandemic, Evictions Plague the Philippines 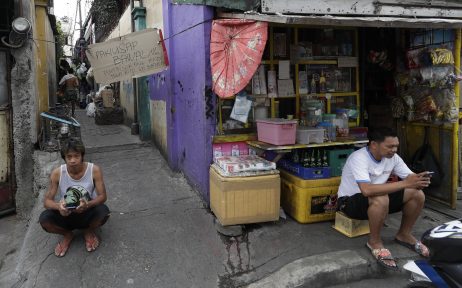 How can Filipinos, especially low-income families, stay at home when they are being forced into homelessness?

Evictions in slum communities have been steadily increasing in the Philippines even as the country continues to enforce quarantine procedures. More commonly called “demolitions,” the violent tearing down of homes is a common feature in informal settlements, especially around Metro Manila. These demolitions and evictions are done either on the whim of private claimants to lots of land where informal settlements have been established, via the right of way given for public and private infrastructure development, or when a community is deemed a “danger area” by the authorities.

However, with the global and local public health crisis stemming from the coronavirus still in full swing, it begs the question of how Filipinos, especially low-income families, are supposed to stay at home when they are being forced into homelessness.

On April 2, the Department of Interior and Local Government (DILG) issued a memorandum ordering all local governments to postpone any and all eviction-related activities. The memo cites the standing state of calamity in the country. The state of calamity was recently extended by President Rodrigo Duterte for another year, until September 2021. In the past, the administration has routinely preached that there would be “no demolition without relocation.”

And yet, even early in the lockdown, evictions were reported. Even without the DILG’s memo in place, one might think that evictions would be put on hold to focus on responding to more pressing matters. But in March, around 120 families in Pasay, Metro Manila were evicted without prior notice. In July, 300 families in Cabuyao, Laguna were also evicted to make way for the expansion of the Philippine railway system. Neither of the two incidents featured any options or assistance for relocation.

More recently in early September, the Manila government issued a demolition order that would affect thousands of residents living in state-owned housing in the Tondo area. An estimated 800 families are living in two tenements owned by the National Housing Authority (NHA). The tenements are set to be torn down to make way for a service road that leads to a cockfighting arena and a newer housing project dubbed by city officials as the “Tondominum.”

At congressional budget deliberations, when the NHA general manager was pressed on why the evictions were being allowed to happen, he deferred on the matter, saying it was the city’s prerogative. However in a separate report, he acknowledged that the tenements were considered condemned by the agency and therefore had to be torn down. The NHA’s categorization arguably emboldened the city government to order a demolition. Manila Mayor Isko Moreno has offered the affected residents a spot in the new Tondominium, but public housing is not always readily affordable. There are no guarantees that low-income families will be able to pay for the offered relocation sites.

For her part, Gabriela Women’s Party and Housing Committee member Congresswoman Arlene Brosas questioned the validity of the demolition notice. She told The Diplomat: “Why are demolitions being upheld during the pandemic? Things are bad enough without unnecessarily working to worsen the situation.”

Within the Intramuros district is another Manila slum facing demolition. More than a thousand residents face certain homelessness in October with relocation yet to be offered by any government body. According to Jessa Tolda, of the local group United Homeowner’s Association, a Chinese company — L.G. Mathieson Development — won a legal case in court declaring themselves the legitimate owners of the land on which the residents currently live. Furthermore, the court deemed that claiming the land can take effect on October 11.

Tolda also revealed that in September, the Presidential Commission for the Urban Poor (PCUP) informed locals that they underwent a pre-demolition conference that would eventually lead to an eviction notice. No notice has so far been served, but in many cases demolition teams and trucks accompanied by law enforcement often strike without warning.

Tolda shared with The Diplomat the sentiments of her fellow homeowners: “We have no idea why the company is pushing for a demolition during the pandemic. Even the courts are siding with them. If we have to go, then we will, but not without a proper relocation site for us. But then there is even another complication of getting tested for the virus before we are transferred. Tests are very expensive.”

The national urban poor group slammed the surge in demolitions being reported in the country and in Metro Manila especially. They noted that aside from Tondo and Intramuros, four other communities in the city face evictions with more than 10,000 families being affected in total. They also noted another two cases in the nearby provinces of Bulacan and Cavite, to make way for the state sponsored Aerotropolis and a real estate project, respectively.

While city governments have come to the forefront of these demolition conflicts, Mimi Doringo, spokesperson of Kadamay, also points a finger at the Duterte administration. “Both the NHA and the PCUP have hands in the approval of demolitions in the country. Both agencies are under the direct supervision of the president. It seems that the earlier released DILG memo was a mere sham, lip-service for the public but the reality is business as usual in increasing the homeless population,” said the activist leader.

Indeed the Duterte administration and its attached agencies are acting as enablers of the eviction trend. One reason could be that the overall priority of the administration is neither public health nor social housing, but infrastructure. The think tank Ibon Foundation indicated that the proposed national budget for the Department of Health is 23.2 percent less than this year. Conversely, the expected 1.1 trillion peso funds for infrastructure spending in 2021 is 413 percent bigger than the health budget. Lots of construction requires a lot of space, and the state’s way of doing that is to vacate areas occupied by informal settlers.

With economic woes piling up, the prospect of becoming homeless or even being forcefully uprooted amid a pandemic presents hazards many are understandably wary of. Kadamay says that shelter policies need to be seriously reconsidered, but in the meantime, refraining from tearing down communities and prioritizing public health should take primacy over political pet projects.

Michael Beltran is a freelance journalist from the Philippines.