Anti-terror bill to legalize crackdown in the North 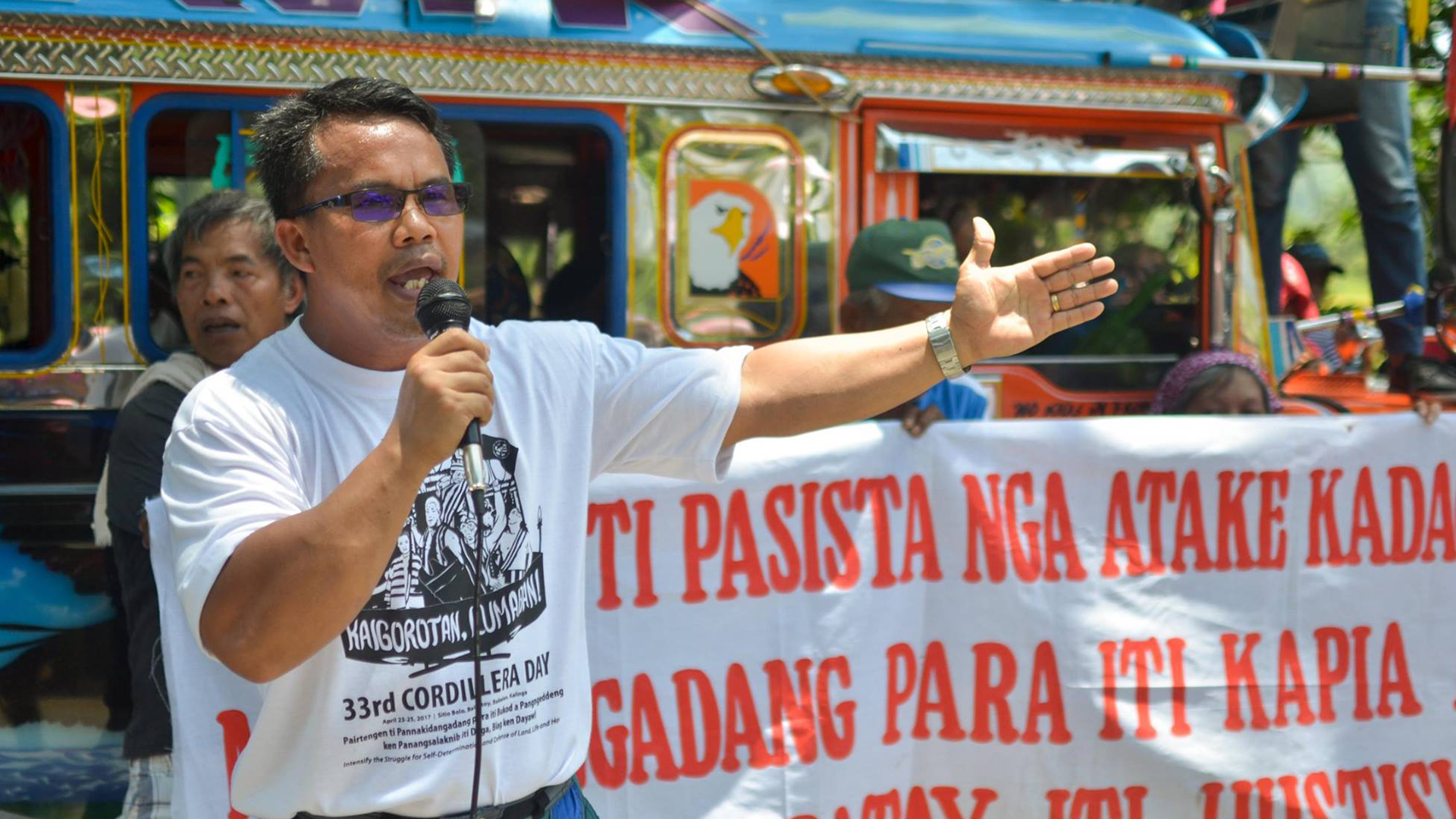 “With the fast-tracking of the bill, graver human rights violations among IPs and farmers are expected, especially for groups who are known for their valiant opposition of destructive projects like Chico River dams back in the ‘70s. For so long, Cordillera has been treated as a resource base for investments and we have been politically persecuted for defending our land.”

MANILA — While the anti-terror bill (ATB) is still under review by Malacañang’s legal team, crackdown on activists and human rights defenders has continued in the past few weeks. The proposed law gained condemnation from critics who pointed out the “vague” definitions of “terrorism” that may lead to the government’s abuse of power and intensified human rights violations. If passed, dissenters argued that this bill will further intensify the harassment on activists and anyone who voices out their grievances against the government.

Among the most vulnerable sectors who could be targets of the ATB are the indigenous peoples and land rights defenders who have been very active in criticizing the government for the long-time plunder and destruction of their ancestral lands. For the Cordillera People’s Alliance (CPA), their opposition to the state-backed foreign, local mining, and energy companies could now be considered as an act of “terrorism”.

“For many decades, Cordillera indigenous communities have been protesting the entry of large-scale mining and energy projects in our ancestral lands. Until now, our lands remain targets of more than 100 large-scale mining applications,” CPA stated in a statement.

Indigenous peoples (IP) groups raise alarm on the ATB as a tool that will legalize the already-existing human rights violations in the country. The International Indigenous Peoples Movement for Self-Determination and Liberation (IPMSDL) said in a statement that the bill will provide a legal cover for rights violations perpetuated by state security agents, and remove remaining, if any, safeguards for human rights defenders.

“IP leaders in Cordillera have long been labeled ‘enemies of the state’ and members of rebel armed groups year after year, through the military book ‘trinity of War’ (2004), PowerPoint presentation ‘Knowing the Enemy’ (2005), and military ‘Order of Battle’ list”, IPMSDL Global Coordinator Beverly Longid said.

With the ongoing COVID-19 pandemic, relief and humanitarian efforts of community organizers and environmental activists are in danger of being tagged as ‘terrorism’. Initiatives on defending ancestral lands from development aggression are vilified and have led to the harassment of community leaders by state forces.

According to Windel Bolinget, CPA chairman, there is a direct link between military deployment and mining/dam projects plundering their resources. They have witnessed the unbridled power accorded to the military that has led to atrocities in the past.

“With the fast-tracking of the bill, graver human rights violations among IPs and farmers are expected, especially for groups who are known for their valiant opposition of destructive projects like Chico River dams back in the ‘70s. For so long, Cordillera has been treated as a resource base for investments and we have been politically persecuted for defending our land”, Bolinget said.

The CPA has also monitored intensified social media harassment and misinformation of police forces and the Army’s 54th Infantry Battalion against land rights activists in the Cordillera region. The military harassment against IP leaders have gone overboard, even implicating the innocent families of activists.

“The official pages of the PNP here in Cordillera have been posting false information, tagging us as ‘terrorists’, and worse, dragging our families including photos of my children who are minors,” Bolinget added.

The CPA has pointed out how red-tagging against IP leaders and volunteers have been taking place for so long, and the urgent passage of the ATB will only worsen it. Thus, the proposed law makes it even harder for the IPs of Cordillera to defend their right to self-determination.

Brandon Lee, a Chinese-American activist and volunteer of the Ifugao Peasant Movement was among the victims of frustrated killing by suspected military agents in August 2019. He has no direct familial roots here in the Philippines but he chose to embrace the cause of the poor and oppressed indigenous peoples in the Cordilleras.

“The 54th IB went to visit my house and the office, and several times they’ve said that they were partnering with us; but they were actually there to harass us. They asked questions about my family, my whereabouts. A week after, on August 6, 2019, I was shot. Since then, they still continued the attacks on my character through their official pages”, Lee recalled how his life was threatened in the hands of military forces in Cordillera last year.

Defying the face of terror

The CPA are availing legal remedies against the series of attempts of state forces to inflict violence among human rights groups in their region.

Bolinget said they are consolidating all documents and forging stronger solidarity with the international community. CPA also plans to file complaints before the special United Nations bodies.

Because of the ongoing pandemic, it has been more challenging for IP groups to show mass condemnation against state-backed human rights violations. Despite this, the CPA its allied organizations have been tirelessly lobbying and maximizing alternative means to still protest. They have also made efforts to conduct psycho-social debriefing for traumatized victims of extra-judicial attempts of military agents among their communities and IP leaders.

“With the full implementation of the Anti-terror law, there is no need for the Philippine government to declare Martial Law to arrest and imprison all those who express opposition against their policies and programs. In conclusion, the Anti-Terror Bill is in fact a State terror bill”, CPA ended.(Bulatlat.com)

The post Anti-terror bill to legalize crackdown in the North appeared first on Bulatlat.