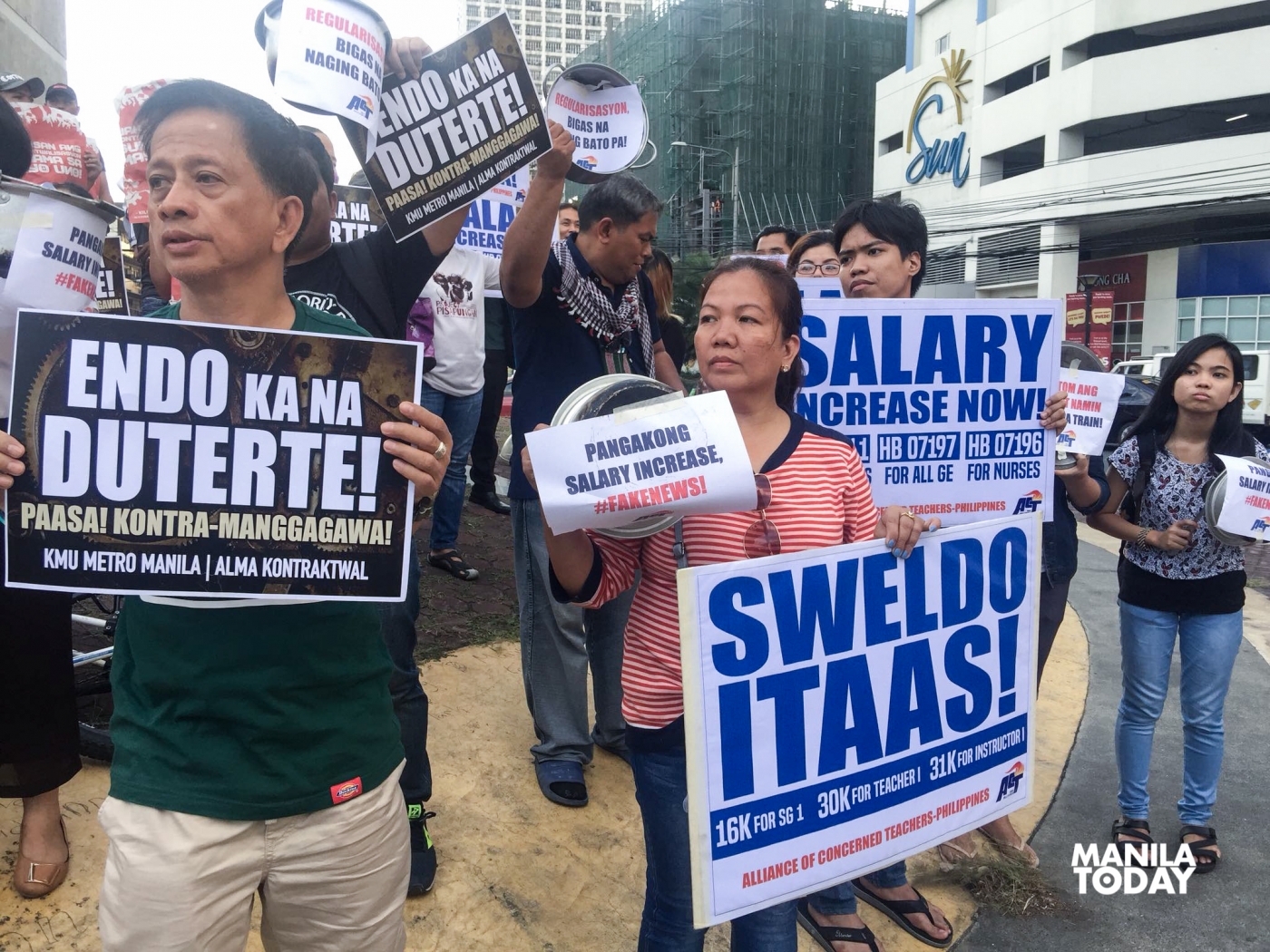 Protesters gather at the Welcome Rotond to express their rage over Duterte’s non-issuance of the executive order against contractualization. Photos by Kathy Yamzon.

Dubbed as “Black Friday Protest,” workers groups underscored the pronouncement of Bello and Roque, which they said, “sealed Duterte’s failure of his election campaign promise to end all forms of contractualization in the country.”

According to ALMA Kontraktwal, KMU Metro Manila and Defend Job Philippines, the Duterte government’s non-issuance of EO on contractualization proved that Duterte is not really siding the workers but to the best interests of big local and foreign businesses.

“The rhetoric of Duterte and his minions, Bello and Roque that they are pro-workers and that they are one with the labor groups’ demand against contractualization, must stop now! The fake news and mere PR stunt on the regularization of workers mean nothing and useless after Duterte refused to sign a pro-workers EO on contractualization!” said Maristel Garcia, ALMA Kontraktwal spokesperson.

She added, “Aside from the EO, Duterte could have told his allies in both Houses of Congress to immediately junk Republic Act 6715 or Herrera Law, which has been the root of various contractual practices in the country.”

“The plan of the Duterte government to certify a security of tenure bill in Senate as priority bill is nothing but another promise that is doomed to be another failure. Duterte’s stand on contractualization became clear: that his government is pro-capitalists and anti-workers,” said Garcia.

The groups also slammed the Employers Confederation of the Philippines (ECOP) and the Department of Trade Industry, whom labor groups called as “Duterte’s real bosses” for their statements that “ending contractualization will scare off investors” and that “manufacturing exodus if an EO will outlaw endo.”

According to the protesters, hundreds of thousands of Filipino workers, both contractual and regulars will march to the streets across the country to condemn the rejection of Duterte to sign the EO on contractualization.