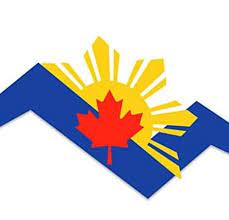 Breaking Invisibility is a 3-part conversation series that explores the challenges of the Filipino community engagement in leadership and politics.

On June 19, 2021, the Philippine Advancement Through and Culture (PATAC) that hosts this series invited an intergenerational group of Filipino leaders across Canada to share their experiences and stories on how they found their political voice.

France Stohner is the first Filipina to run for city council in the district of Snowdon in Montreal and part of the Côte-des-Neiges—Notre-Dame-de-Grâce borough with a huge Filipino community.

“We’ve actually never even had a person of colour on our council, which is quite appalling for how diverse our neighbourhood is,” said Stohner.

Stohner addressed the housing crisis, the alarming rate of high school dropouts, the lack of resources and support for the youth, and the low voter turnout rate during elections in her community.

“A lot of folks don’t even know what their city councillors do, don’t even know how to vote, are not sure if they’re registered, and some have also pretty much given up because they don’t see themselves reflected in Council,” she said.

“Some don’t get involved because they don’t see themselves reflected.” Councillor Rowena Santos of the City of Brampton, Ontario, is inspired by her community and driven by her passion to change the culture of politics.

“We don’t have enough Filipinos around the leadership tables, and so that is why the growing work that all of you are doing is so important because we need to make space at those tables for our voices,” said Santos.

As the first Filipina to win as a councillor in Brampton, Santos advocates for more people of colour and women in her community to be elected.

“When I would talk to them about being Filipino how much they love the Filipino community was amazing to see,” said Santos.

“And that’s the level of support because they know we are the personal support workers, we are the nurses, we are the people who work tremendously hard and so that respect and that support is there.”

Before being elected she worked at the Ontario legislature for over a decade. Most recently, she was relected at the Federation of Canadian Municipality’s Board of Directors from 2021 to 2022.

Santos has witnessed a tremendous rise in youth voices when it comes to advocating and speaking up for their community against Anti-Asian racism.

“I’ve always said since I was first elected, that and I’ve seen and I’ve experienced when I believe wholeheartedly, there’s so much potential in the Filipino community,” said Mable Elmore, the first MLA (Member of Legislative Assembly), British Columbia, of Filipino heritage for Vancouver-Kensington. Elmore is the spokesperson for Temporary Foreign Workers and Immigration and was the Deputy Spokesperson for Finance. She is an active member of the peace movement and has also worked tirelessly on a wide range of migrant, immigrant, social justice, and workers’ rights issues.

“Some of the structural barriers that the Filipino community experiences, in particular around, you know, the need for permanent residency for temporary foreign workers, the need for adequate resourcing for our community and immigrant and racialized communities to address systemic racism,” she said.

In British Columbia, second-generation Filipino’s have been actively participating and getting involved in civic engagement. They have been connecting and engaging with their communities, and showing solidarity with the Indigenous communities.

Other speakers present during the event were Julius Tiangson, founder of Filipino International Network and an advocate for temporary foreign workers and new immigrants and certainly not a stranger in the political circles here in the province of Ontario; Garry Tanuan, Trustee in Ward 8 of the Toronto Catholic District Board since 2012 as well as Regional Director of the Ontario Catholic School Trustees Association, and Dr. Rey D. Pagtakhan, the only Canadian of Philippine Heritage elected as Member of Parliament from Manitoba.