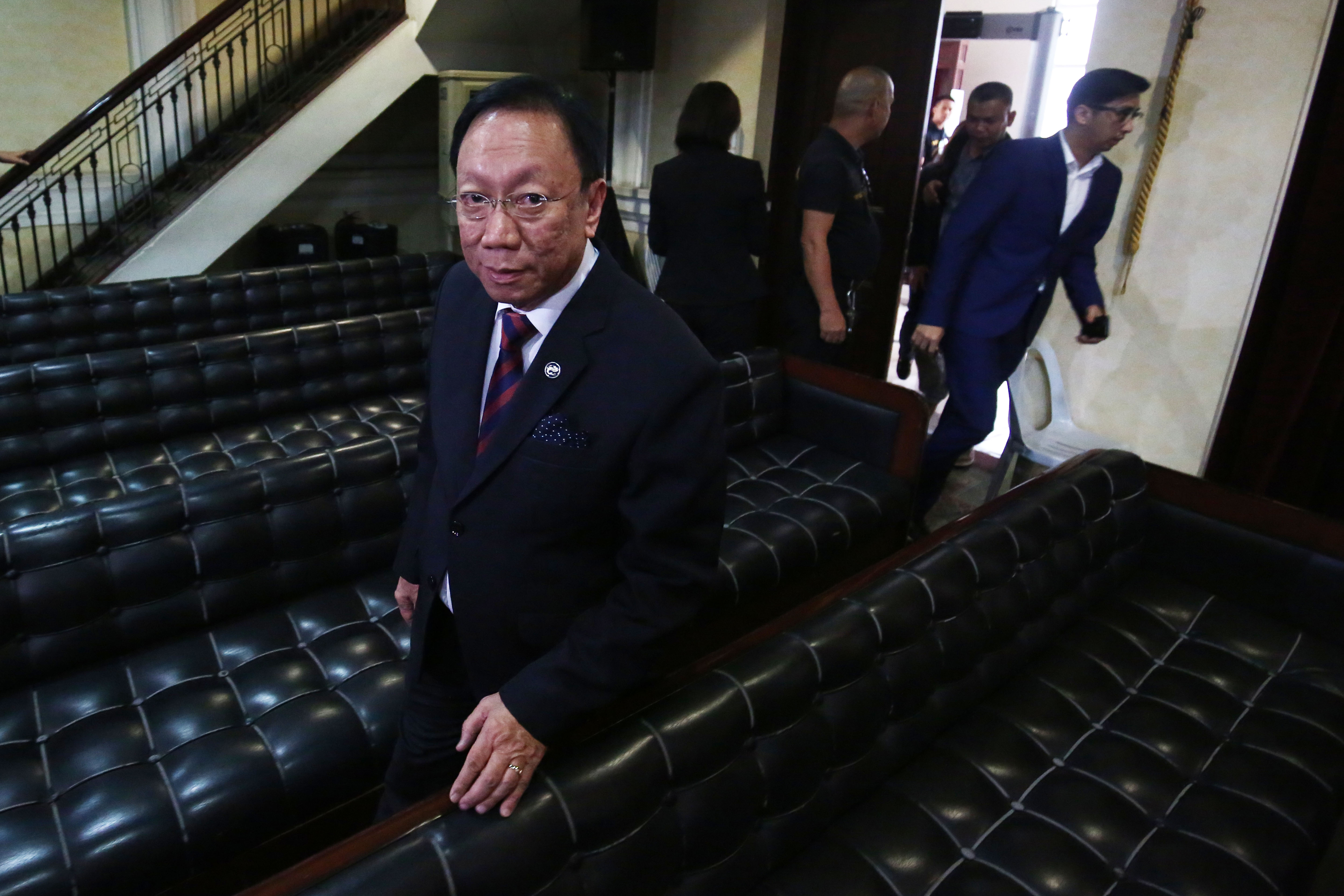 But are they the same? Not exactly because one involves a doctrine and the other, a statute. 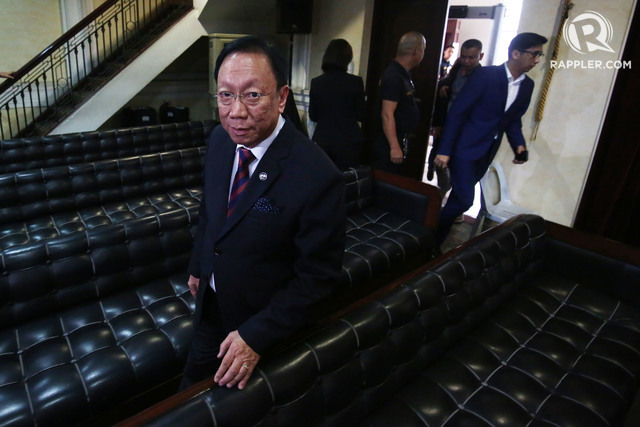 The condonation doctrine says a reelected official should no longer be made accountable for an administrative offense committed during his previous term.

The answer: It’s a doctrine vs a statute, said Abdiel Dan Elijah Fajardo, the national president of the Integrated Bar of the Philippines (IBP).

“When the Executive Secretary (ES) issued the suspension order, there was no law to apply. The ES supplied a law that was not there,” Fajardo said.

The condonation doctrine was borrowed from American jurisprudence. It’s not a statute, but it was used by the Supreme Court in several rulings, and invoked by Binay then.

“When the Ombudsman skewered then mayor Junjun Binay by finding him guilty of graft over the Makati Parking Building, did she respect the Aguinaldo doctrine, which was the prevailing jurisprudence at that time? No.” Calida said on Friday, February 2. (READ: The Carandang conflict: Threat to checks and balances)

Morales did not find Binay guilty of graft, the Ombudsman is not a court. What she found him guilty of was the administrative charges of grave misconduct and serious dishonesty. On that basis, she suspended and later dismissed him from service.

“Now, she chides the Office of the President for ordering the preventive suspension of Overall Deputy Ombudsman Melchor Carandang (ODO), which she characterized as ‘a clear affront to the Supreme Court.’ Look who’s talking?” Calida said.

In the Carandang suspension, Malacañang issued the order despite a 2014 ruling from the Supreme Court declaring unconstitutional Section 8 (2) of the Ombudsman Act, which previously gave the President the power to discipline Deputy Ombudsmen.

Fajardo explained: “In the case of Binay, the Ombudsman ignored the condonation doctrine in effect, because it’s not in the law. In this case, the power to discipline a deputy ombudsman was part of the law, and it was declared unconstitutional.”

Constitutional law professor Dan Gatmaytan explained it this way: the condonation doctrine is a matter of defense in an administrative case, while the SC’s 2014 ruling is an interpretation of the Constitution.

“In other words, the Constitution itself limits the President’s powers over the Office of the Ombudsman,” Gatmaytan said.

He added: “Administrative agencies typically conduct their investigations and file the appropriate cases based on their findings. Respondents then set out their defenses including the condonation doctrine if applicable. I do not know of any case where the disciplining authority was reprimanded or sanctioned for not checking the applicability of the doctrine.”

Gatmaytan also said that Calida’s Binay defense is “not a valid argument.”

“You cannot justify the Carandang suspension on the ground that the Ombudsman may have ignored the condonation doctrine before. The issue is whether there is a legal basis for the suspension, not whether the Ombudsman’s record is pristine,” said Gatmaytan. (READ: Carandang case: Impeachment for Morales or Duterte?)

Calida said that when Morales inhibited from the investigation into President Rodrigo Duterte’s wealth and appointed Carandang to head it, she “created a procedural, legal and ethical vacuum” precisely because of a lack of a clear rule on who can discipline a Deputy Ombudsman.

Carandang was suspended due to alleged disclosure of Duterte’s bank records as he was investigating a complaint on alleged ill-gotten wealth.

“The President, in issuing the preventive suspension, merely filled the vacuum left by the Ombudsman’s masquerade, and enforced accountability in public service,” Calida said.

This is a clear showdown between the Executive and a constitutional body.

“The Office of the Ombudsman is not a fourth branch of government,” Calida said, implying that it does not enjoy the same independence accorded the 3 branches.

Where does this take us? The Office of the Ombudsman has not responded to queries on whether it will file a petition with the Supreme Court. Presidential Spokesperson Harry Roque said they will not go to court, but will answer Carandang’s petition if there is one and if they are confident of a reversal.

Either way, Gatmaytan said Malacañang has achieved exactly what it wanted: a controversy that the Supreme Court may rule on.

How will the SC rule – will it reverse itself to favor the President? – Rappler.com