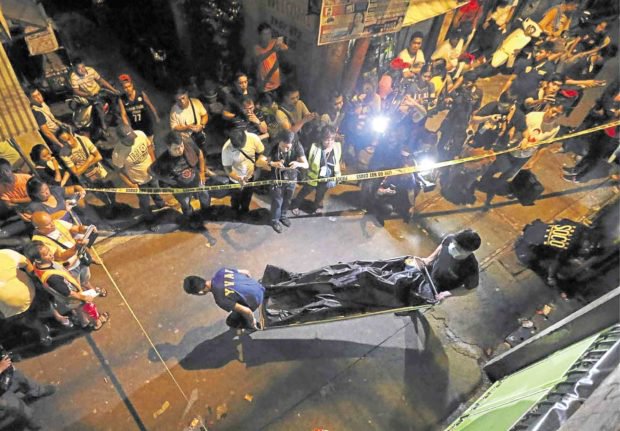 MANILA, Philippines—In 2016, a female drug suspect was killed after an alleged firefight with police officers during a buy-bust operation. An investigation later revealed that Jessica Albaran had not even held a firearm.

The case of Albaran was one of 52 that were turned over to the National Bureau of Investigation (NBI) for further investigation and case building up and for possible criminal charges to be filed against police officers involved.

In the 20-page report released by the Department of Justice (DOJ) on Wednesday, all the suspects in the 52 cases are “nanlaban,” meaning they tried to fight the police during an arrest or attempted to flee after being arrested.

Of the 52, one case only resulted in wounding the suspect.

Out of 52 cases, 32 revealed that the police failed to conduct a paraffin test or that documents such as operations reports, ballistic examination results, chain of custody reports, autopsy reports, and death certificates were missing.

In 11 cases, the suspects tested negative in the paraffin test, meaning they did not fire a gun, while in two instances, the police examined  the firearm but not the suspects.

In the case of Spanish national Diego Lafuente, the police said the suspect drew his firearm from his beltbag and fired at the police officers. But Lafuente is not shown to have a beltbag, based on the pictures taken of him.

In one of the 52 cases, the supposed drug suspect was not of sound mind, and some cases were not related to drugs. As a result of the testimony of both the victim and another eyewitness, robbery suspects were killed “execution-style” in one case.

The majority of the over 150 police officers involved in the 52 cases have been suspended, with the shortest suspension being 31 days and the longest six months.

Very few of them have been demoted or fired.

Only two criminal cases were recommended.

This is the first time that the DOJ has released details of drug-related cases that they are reviewing.