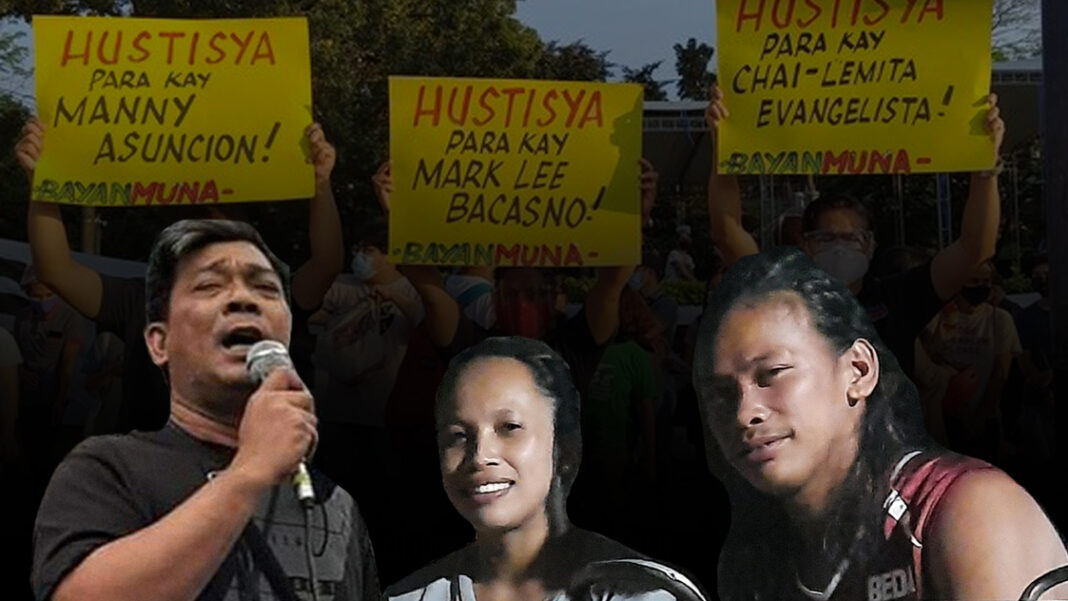 MANILA, Philippines – The administration of President Rodrigo Duterte has yet to respond to a request by United Nations (UN) special rapporteurs for updates regarding the “Bloody Sunday” killings in March 2021 and other attacks against human rights defenders in the Philippines.

The five were among those killed during the Bloody Sunday in March 2021. The Department of Justice in December 2021 has charged 17 cops for murder over the death of Asuncion.

The UN experts asked the Duterte government for the “steps taken to prevent similar killings occurring in the future. If no inquiries have taken place, or if they have been inconclusive, please explain why, and how this is compatible with the Philippines’ international human rights obligations.”

The letter was sent to the Philippine government on October 28, 2021 and was only made public after 60 days. The Duterte administration failed to respond within this period, according to a post published on website of UN special rapporteur on human rights defenders Mary Lawlor, one of the signatories.

Aside from Lawlor, the letter was also signed by three other UN experts:

Justice Secretary Menardo Guevarra on Tuesday told Rappler that he is still checking as the communication might have been sent through the Philippine Embassy in Geneva.

This is not the first time the UN experts have raised the killings of rights defenders, among other human rights violations seen in the Philippines, including the violent war on drugs.

While the October 2021 communication cited a response from the government to a previous 2020 letter, the UN experts said it only informed them that the communication “was sent to the capital for consideration.”

“We regret that no substantive response has been received to date, addressing the allegations of extrajudicial killings included in the communication, or answering the questions to [the Duterte government] in relation to these allegations,” they said.

A quick look in the publicly-available UN special procedures database, where government responses are also posted, shows that the Duterte administration only replied to two out of six official communications sent to them in 2021. The government has also yet to reply to an October 8, 2021 letter concerning cyberattacks against alternative media outlets Bulatlat and Altermidya, and Karapatan.

The slain human rights defenders cited in the communication by the UN experts are part of the hundreds killed since Duterte took office in 2016.

As of August 2021, rights group Karapatan had documented 421 incidents of killings since July 2016, while there were also 504 recorded cases of frustrated killings. (READ: Prelude to 2022? Thousands of grassroots organizers arrested, hundreds killed)

“We reiterate our call [to the PH government] to take urgent and effective steps to ensure the safety and security of human rights defenders and to create an enabling environment for them to carry out their peaceful and legitimate human right activities,” the UN experts said. – With reports from Lian Buan/Rappler