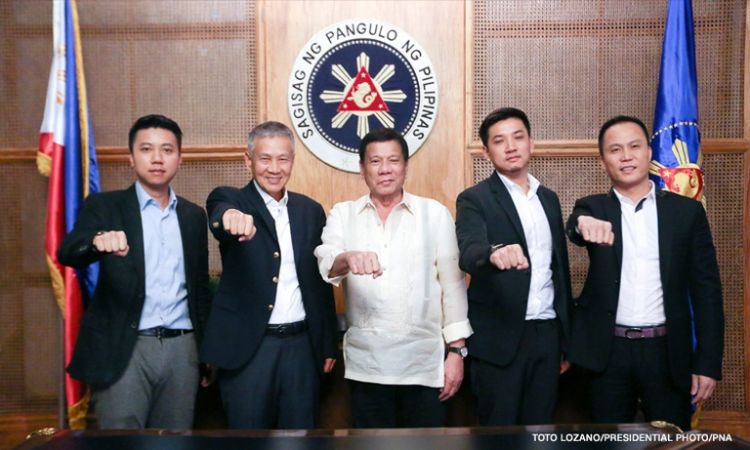 It is now abundantly clear: Rodrigo Roa Duterte has been running a Davao Mafia all these years. It is cronyism multiplied a thousand times.

The cabal gobbled up choice government contracts of all kinds—the bigger, the better, the more profitable. We are talking about public works, buildings, supplies, and lately COVID medicines, equipment, and PPEs.

COVID-19, what Duterte calls “veerus,” has been a blessing like manna from the devil himself. The crisis prodded Congress to pass gargantuan expenditure bills disguised as bayanihan (at the expense of the bayan) and without biddings.

To scare critics and oppositors, Duterte imposed the severest and longest lockdown in the world. This prohibited mobility, rallies, mass protests, even church gatherings wherein the pulpit could bully the powers that be.

This is the condom approach to security. Lockdown gives you a sense of security while you are being scr**ed.

Lockdowns, which began on March 16, 2020 and have never been effectively lifted, were supposed to create breathing space to beef up treatment, testing, contact tracing. But the government did little of those. Why? To deepen the crisis.

The graver the crisis, the more access the syndicate had to bigger tax money –without bidding, without audit, without opposition, without accountability.

But the fiesta can only go on for so long.

The Commission on Audit published on its website an audit report on alleged irregularities in the utilization of funds by the Department of Health to cope with the COVID pandemic.

“Various deficiencies involving some ₱67,323,186,570.57 worth of public funds and intended for national efforts of combating the unprecedented scale of the COVID-19 crisis were noted. These deficiencies contributed to the challenges encountered and missed opportunities by the DOH during the time of state of calamity/national emergency, and casted doubts on the regularity of related transactions,” said the COA report.

“Drugs, medicines and other types of inventories with a total value of ₱95,151,889.46 were found to be nearly expired and/or have expired due to deficient procurement planning, poor distribution, and monitoring systems, and identified weakness in internal controls,” COA also noted.

The P67 billion and the expired medicines could have saved lives or mitigated the plight of millions.

Galling is the DOH’s transfer of P42 billion to the Procurement Service of the Department of Budget and Management.  The money was supposed to buy face masks, face shields, PPEs, and other supplies to cope with the pandemic.   The DOH claimed it did not have the manpower and the capacity to make such purchases on its own, and so transferred the funds to PS-DBM.

Indeed, the PS-DBM showed remarkable capacity—to spend the money on overpriced supplies. Under Executive Director Lloyd Christopher Lao, PS-DBM farmed out the purchase contracts to favored suppliers, some of whom are not even in the business of making, importing or supplying such items.

Lao has since left the office.  A lawyer, he wanted to be the Ombudsman, the anti-graft prosecutor.

Pharmally Pharmaceutical Corp., a company established only in September 2019 and with just P599,000 of capital, bagged an P8.68 billion contract to supply face masks, face shields, and PPEs.  Pharmally’s prices were routinely higher than those of other suppliers and even of the Philippine National Red Cross.

A Chinese Davao businessman, Michael Yang has been linked to Pharmally Pharmaceutical, either as its alleged owner or agent or both.

“He (Yang) has been 20 years with me,” said Duterte who recalled that the businessman began as a seller of cellphones in Davao.   Yang is apparently well-connected.  One time the former Chinese Ambassador to the Philippines Zhao Jianhua (who left Manila in late 2019) visited Davao.  He stayed in the house of Yang, according to Duterte.  “He (Yang) has contacts in Chinese,” the President pointed out.

Duterte also disclosed it was he who ordered Health Secretary Francisco Duque to make emergency purchases of the anti-COVID medical supplies without bidding.

“When the pandemic started, we had nothing. We had no face mask, personal protective equipment, testing kits, nothing. And the same people criticizing today are the same people telling us last year that we were too slow and we’re not prepared,” the President said on television Aug. 31.

As to lawyer Christopher Lao, who headed DBM’s Procurement Service and farmed out billions of purchase contracts to favored suppliers, “they are my fraternal brothers,” the President declared.   Lao and another lawyer helped then Davao mayor Duterte “with legal matters and concerns”.

“What is wrong if I pay a debt of gratitude?”  Duterte asked.

What is wrong, indeed.