The European Union (EU) on Friday said it would make available more than 1 million euros (about P60 million) in humanitarian assistance for the victims of Typhoon “Ulysses” (international name: Vamco).

Arlynn Aquino, head of the EU’s humanitarian response office in the country, said the aid was under the EU’s Acute Large Emergency Response Tool, which aims to to allocate funds within 24 to 48 hours of the onset of the emergency. —MARLON RAMOS

EU pledges P60M of donations for families affected by Ulysses 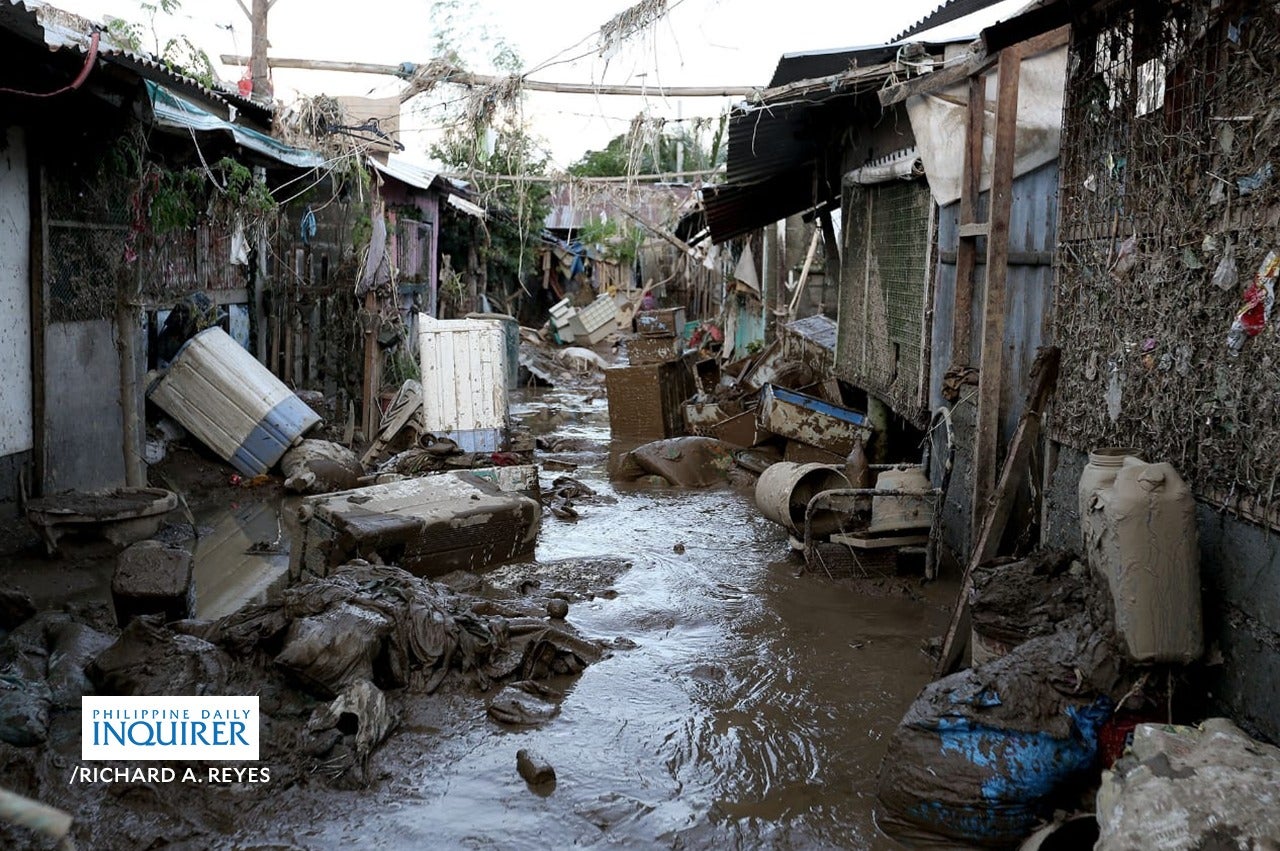 Residents wade through mud to salvage their belongings after their houses were submerged by flood waters in Southville Phase 1 K2, Barangay San Jose, Rodriguez, Rizal province on November 13, 2020 due to heavy rains brought by Typhoon Ulysses. INQUIRER file photo / RICHARD A. REYES

MANILA, Philippines — The European Union (EU) has vowed to allocate P60 million worth of humanitarian aid to families affected by Typhoon Ulysses, which brought destruction in several parts of Luzon.

In a post on its Facebook page, the EU delegation in the country said that these humanitarian aid would be used to respond to immediate needs of people affected by immense flooding, especially in Metro Manila, Rizal, and Cagayan Valley.

“Known locally as “Ulysses,” it is the latest in a series of destructive typhoons to hit large parts of the Philippines’ most populous island of Luzon, including the national capital, Metro Manila, in recent weeks,” it added.

The assistance would then be given to humanitarian aid partners who are already working on areas devastated by Ulysses.  According to EU humanitarian response in the Philippines chief Arlynn Aquino, the EU is quickly moving to assist partners helping the country — especially as the Philippines was hit by successive cyclones.

“The EU is scaling up its humanitarian assistance in the Philippines in response to the devastating typhoons that have hit the country over the past month,” Aquino said.  “The additional contribution will help to get much-needed aid to the most vulnerable people to help them go through this difficult time.”

During a month’s span — from October 11 to November 12 — eight cyclones have entered the Philippine area of responsibility, and only one did not make landfall.

Among these eight are some of the strongest typhoons for 2020, including Super Typhoon Rolly which is said to be the strongest to hit land for this year.  Rolly ravaged Bicol Region and Southern Luzon, destroying coastal communities in Camarines Sur, Catanduanes, and Albay.

But prior to Rolly, Typhoon Quinta also moved through areas in Bicol Region, while Typhoon Pepito brought rains to Cagayan Valley.

EU has already made donations worth P74.5 million for Typhoon Rolly.

“The amount is on top of the €1.3 million (Php 74.5 million) previously provided to support victims of Typhoon Rolly,” EU said.

As of November 17, deaths due to Ulysses are already at 73, while damage to infrastructure and agriculture is now at P10 billion.  Meanwhile, the previous typhoons’ damage to agriculture amounts to P12.3 billion.#