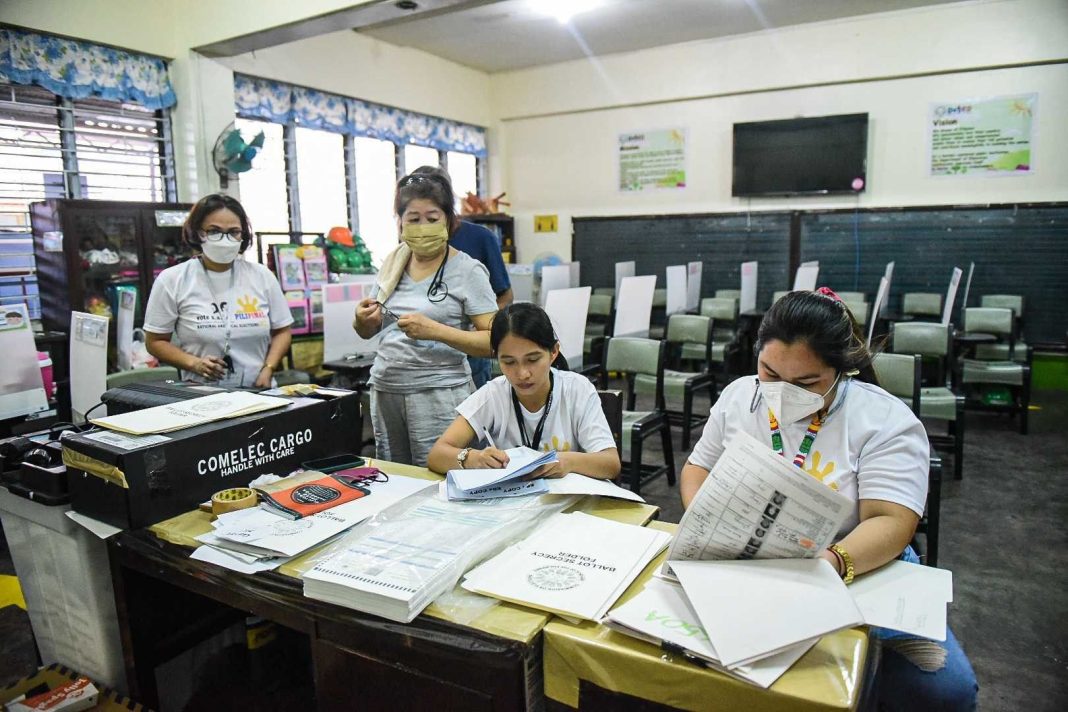 MANILA, Philippines — Former officials are calling for a citizen-initiated random manual audit of votes amid speculations on the conduct and results of the recently concluded May 9 polls.

(We are not pointing fingers, what we’re saying is there were anomalies noted that are difficult to explain if we don’t really investigate it.)

(What we found is a “smoking gun” that could possibly lead to proof of cheating, but if we don’t have citizens randomly check the ballots, we can’t really answer these questions.)

They presented what they saw as alleged irregularities that occurred during the conduct of the national and local elections, which included the possible hacking or tampering of the system used for the automated election system.

Also noted was what was seen as a pattern in the vote ratio reported through the Commission on Elections’ transparency server.

Over 20,000 attempts to hack this year’s polls were reported, but the country’s National Security Adviser earlier said all of these failed “because our automated election system is efficient.”

Meanwhile, the Comelec’s citizens’ arm Parish Pastoral Council for Responsible Voting (PPCRV) noted these concerns, but said it does not reflect any irregularities. The PPCRV does its own manual audit of the election returns printed pre-transmission.

While the group believes that all these incidents are merely “circumstantial,” it would be best if a manual audit was conducted and led by citizens to put everyone’s minds to ease. They also said the ballot boxes should be protected in case someone would file an eletion protest.

(This is our starting point. This is not for Leni, this is not for whoever. This is for the Filipino people, in fact this is also for BBM, for Sara—so that the people will no longer have doubts, we just need to do a simple random audit but this time, we do it in a very transparent manner.)