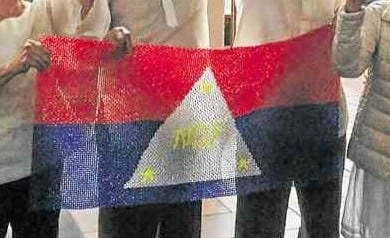 CAGAYAN DE ORO CITY––The designation of the National Democratic Front of the Philippines (NDFP) as a terrorist organization by the Anti-Terrorism Council (ATC) has shut any chance of reviving the peace process between the government and communist rebels.

“This designation tragically closes the door to what is truly called for: a peaceful resolution of the Government of the Republic of the Philippines (GRP) and NDFP conflict,” said a statement of the Philippine Ecumenical Peace Platform (PEPP), a group of religious leaders from various denominations pushing for a negotiated settlement to the communist rebellion in the country.

“The ATC buried 29 years of laborious and painstaking agreements and gradual steps toward peace. The government seems to be ignoring that peace is a sacred right of all people and guaranteed as a fundamental duty of the state,” the PEPP lamented.

The recent actions of the ATC, the PEPP noted, “confirms that the Anti-Terrorism Law is a huge hurdle to the promise of peace for everyone as it is being used as a weapon in a total war against so-called terrorists.”

ATC Resolution No. 21 said the NDFP is an integral part of the Communist Party of the Philippines (CPP) and its armed wing, the New People’s Army. The resolution added that the NDFP continues to recruit people to join the communist movement.

The ATC further noted that the NDFP has recently named Julieta De Lima, wife of CPP founding chair Jose Maria Sison, as the interim chair of its negotiating panel. An earlier ATC resolution tagged De Lima and Sison as terrorists.

As the political arm of the CPP, the NDFP has been involved in on-and-off peace negotiations with the government since 1987.

Several breakthroughs were achieved in the negotiations during the early part of the administration of President Duterte until it hit a snag on the issues of the release of political detainees and a bilateral ceasefire. By December 2017, Duterte has terminated the negotiations.

A statement by De Lima said the ATC resolution hammered the “needless nail in the coffin of the GRP-NDFP peace negotiations.”

The group Pilgrims for Peace said the ATC resolution “bodes ill for human rights, democracy and the quest for peace under the Duterte administration.”

“The war hawks are hell-bent on killing peace negotiations and instead pursuing all-out war in the government’s counterinsurgency program as well as casting a wide net of suppression against all opposition and dissent through state terror as embodied in the Anti-Terrorism Act of 2020,” the group added.

The NDFP National Council has warned of more attacks against its members and other activists “who will be arbitrarily tagged as NDFP members and associates.”

NDFP chief political consultant Jose Maria Sison said “the diabolical purpose” of the designation “cannot be understated because this has been preceded by the murder of NDFP consultants,” among them Randy Malayao, Randall Echanis, the couple Agaton Topacio and Eugenia Magpantay, the couple Antonio Cabanatan and Florenda Yap, Reynaldo Bocala, and Rustico Tan.

Sison also pointed to the arrest and detention of other NDFP personalities on trumped-up charges, such as Vicente Ladlad, Adelberto Silva, Rey Casambre, Renante Gamara, and Ferdinand Castillo.

PEPP appealed to the government to rescind the terrorist tag on the NDFP and “recognize the lasting devastation this will have on the Filipino people’s trust in the government’s competence to resolve internal conflicts through peaceful negotiations.”

The group also appealed to both parties to return to the negotiating table.