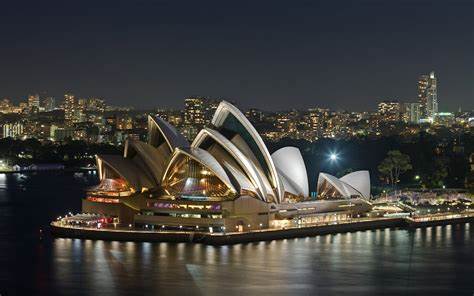 A former Sydney swimwear model is at the centre of renewed attempts to locate millions of dollars sent out of the Philippines by former dictator Ferdinand Marcos.

Evelin Hegyesi, who modelled mink bikinis in the 1970s and once graced the pages of Playboy magazine, is now a 57-year-old eastern suburbs multimillionaire with a waterfront Point Piper mansion and several investment companies.

She also has a Eurasian daughter, Analisa, now living with Dean Fleming, son of the wealthy racing and fruit markets family worth $270 million.

She called the baby Analisa Josefa. Josefa is the name of Marcos’s mother.

An international investigation over several weeks by The Sun-Herald has uncovered documents that show that some of Ms Hegyesi’s Australian companies have financial links with secret Marcos accounts kept in Switzerland and Liechtenstein.

They have come to light after Swiss authorities lifted the country’s notoriously strict bank secrecy laws, allowing investigators access to secret bank records of the dictator, who died in 1989.

The Sun-Herald last night revealed the contents of a dossier on the Australian link to the Marcos money to the Philippines authority charged with chasing the $10 billion the late dictator stole from his country.

A spokesman for the Presidential Commission on Good Government (PCGG) said they would examine the material: “Our mandate is to pursue the money Marcos stole, wherever it may lead us.”

The Sun-Herald has obtained a series of Swiss court judgements which detail the 18-year search for billions of dollars Marcos salted away before he was deposed in 1986.

Buried deep in a maze of documents is a reference to a mysterious Sydney link. The documents show that, in 1971, soon after Ms Hegyesi had a baby daughter, then president Marcos signed papers that made Ms Hegyesi’s company, Austraphil Pty Ltd, the “sole and only beneficiary” of one of his secret accounts.

It was called Azio Foundation.

Australian company searches revealed Ms Hegyesi had set up Austraphil just one year earlier on October 14, 1970. She was 23 years old and three months pregnant at the time.

In February 1971 Austraphil bought a five-bedroom mansion in Sydney’s most expensive area, Wyuna Road, Point Piper, for $210,000 (about $1.8 million in today’s money).

Land title papers and annual reports show Austraphil had a loan of $250,000 (about $2 million in today’s money) from a Swiss firm called Finanz AG of Zurich. Finanz AG was a subsidiary of the Swiss SKA Bank, now called Credit Suisse. This was the main bank used by Marcos as the front for his Swiss secret accounts.

Marcos had many of his secret accounts at SKA, including “foundations” dubbed Azio, Charis, Avertina, Vibur and Valamo.

The court investigation, which was heard at Die Bezirksanwaltschaft, Zurich, found millions of dollars came from illegal sources. It revealed Finanz AG Zurich was frequently used by Marcos to distribute money from his personal accounts so it could not be traced.

Marcos set up Azio on June 21, 1971, with 100,000 Swiss francs – about $1.8 million in today’s money. Swiss court documents show that, on November 12, 1971, Marcos signed documents making Austraphil the sole beneficiary of his Azio Foundation.

That lasted a year until December 4, 1972, when Marcos changed the Azio beneficiary to another of his foundations called Charis. Bank records disappeared after this point.

Court papers show that Marcos siphoned $US23 million ($169 million in today’s money) from Japan’s war reparations into Charis. There is no suggestion Ms Hegyesi would have been aware of these transactions.

She paid off the loan to buy the Point Piper mansion in 1976, transferring ownership to her own name. She sold the mansion in 1999 for $6.2 million, moving to a waterfront apartment she bought for $1.48 million.

In April 1972 she set up Australasia Trading and Investment Corporation. In August 1973 she set up Lima Investments, which had Austraphil as a major shareholder. Annual reports show Finanz AG lent Lima $100,000 ($800,000 in today’s money) as an unsecured loan. Lima invested in a West Australian cattle property called Drysdale River Station.

The court documents maintain: “This money was obviously destined for Evelin Hegyesi in Sydney and Anita Langheinz in Vienna.”

The court documents also said that in 1982 there were several payments from Marcos’s Vibur Foundation to an account at the Bank of NSW (now known as Westpac).

“As shown in the ongoing instructions, there were regular transfers of money which obviously went to Evelin Hegyesi,” the court concluded.

The former model lived for more than 30 years on the ritziest peninsula in Sydney. She made millions from property deals but managed to keep a low profile among the eastern suburbs social set.

She made many trips back to southern Germany, where she was born. She had come to Australia in the late 1940s when she was just two years old with her Hungarian-born parents, Theresa and Anton.

It is not clear how she came to be connected with Marcos in 1970. But something happened that prompted the president to assign one of his secret Swiss bank accounts to her new company, Austraphil.

While her mother eschewed parties, daughter Analisa is described by social writers as “exotic”, “vivacious” and “flamboyant”, with a super-curvy body.

She and her partner bought a $4.5 million four-bedroom waterfront mansion on the end of Darling Point and last year they had a baby girl, Tahni.

Ms Hegyesi was not at her apartment last week and did not return messages and letters forwarded by friends and colleagues.