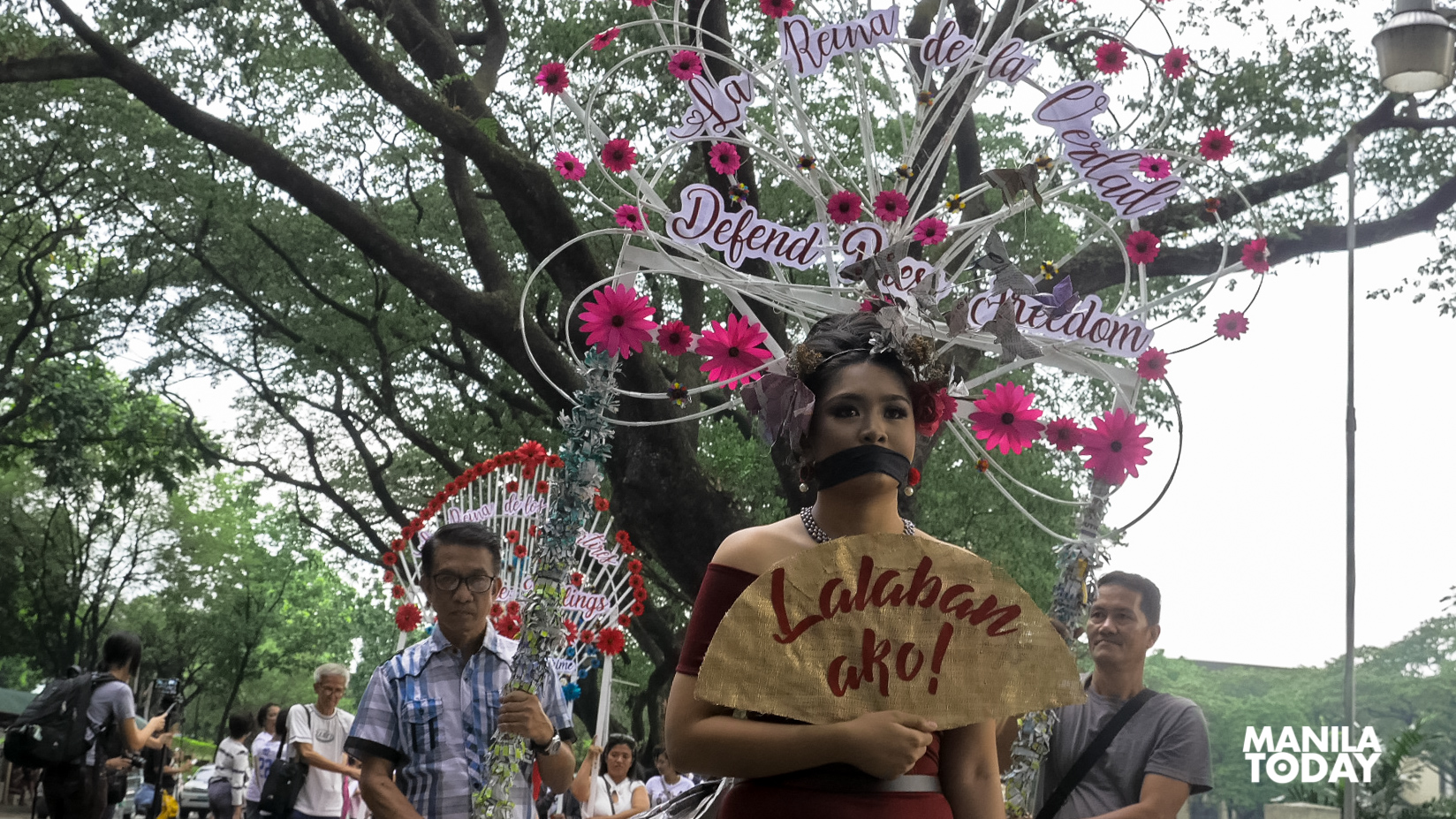 Organized by Karapatan and Hustisya, the ‘procession’ of five ‘reinas’ depicted current human rights issues and people’s stuggles under the Duterte administration.

La Reina de la Verdad shows the curtailment of press freedom by the government and the growing resistance of artists and media practitioners. 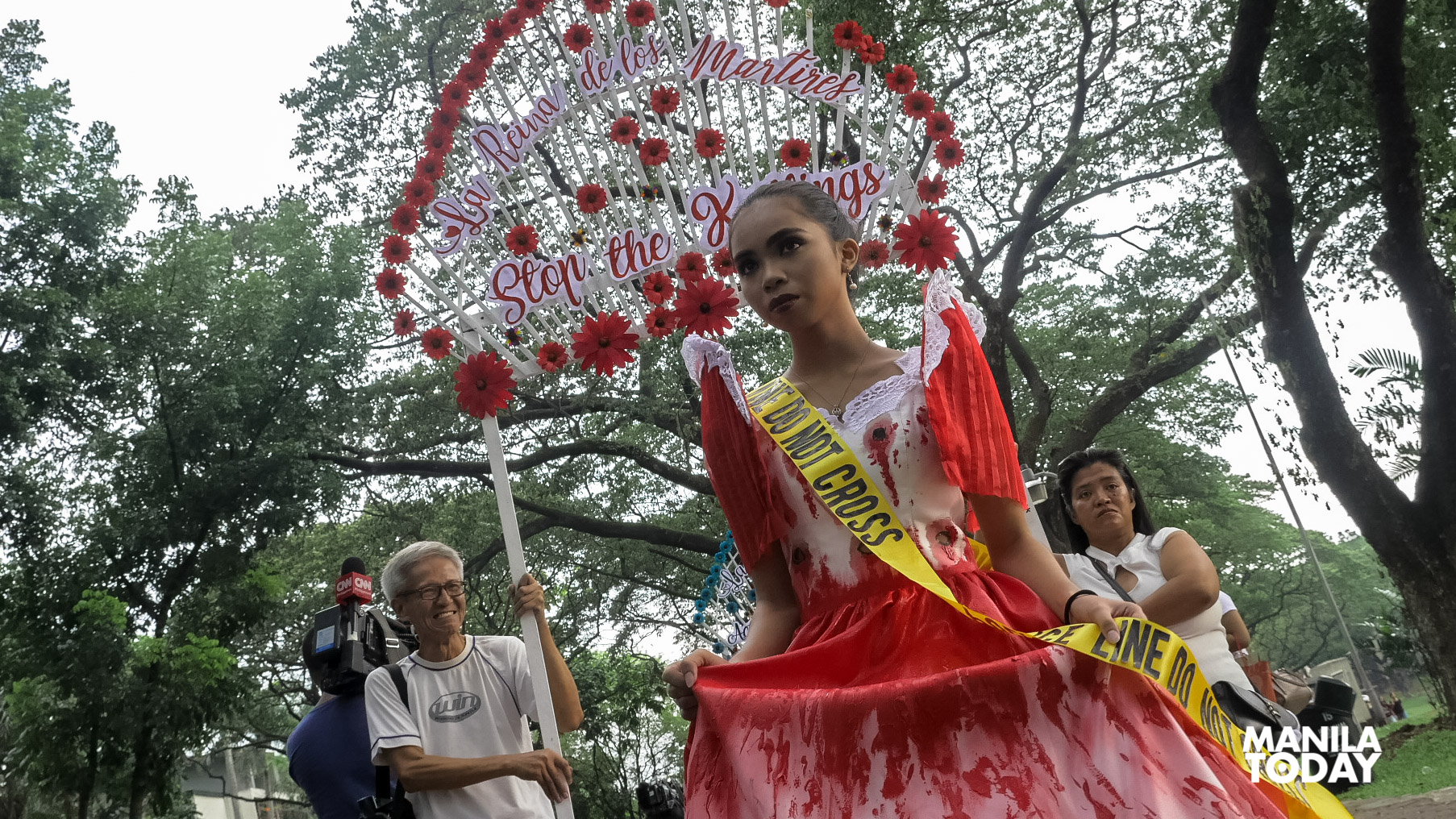 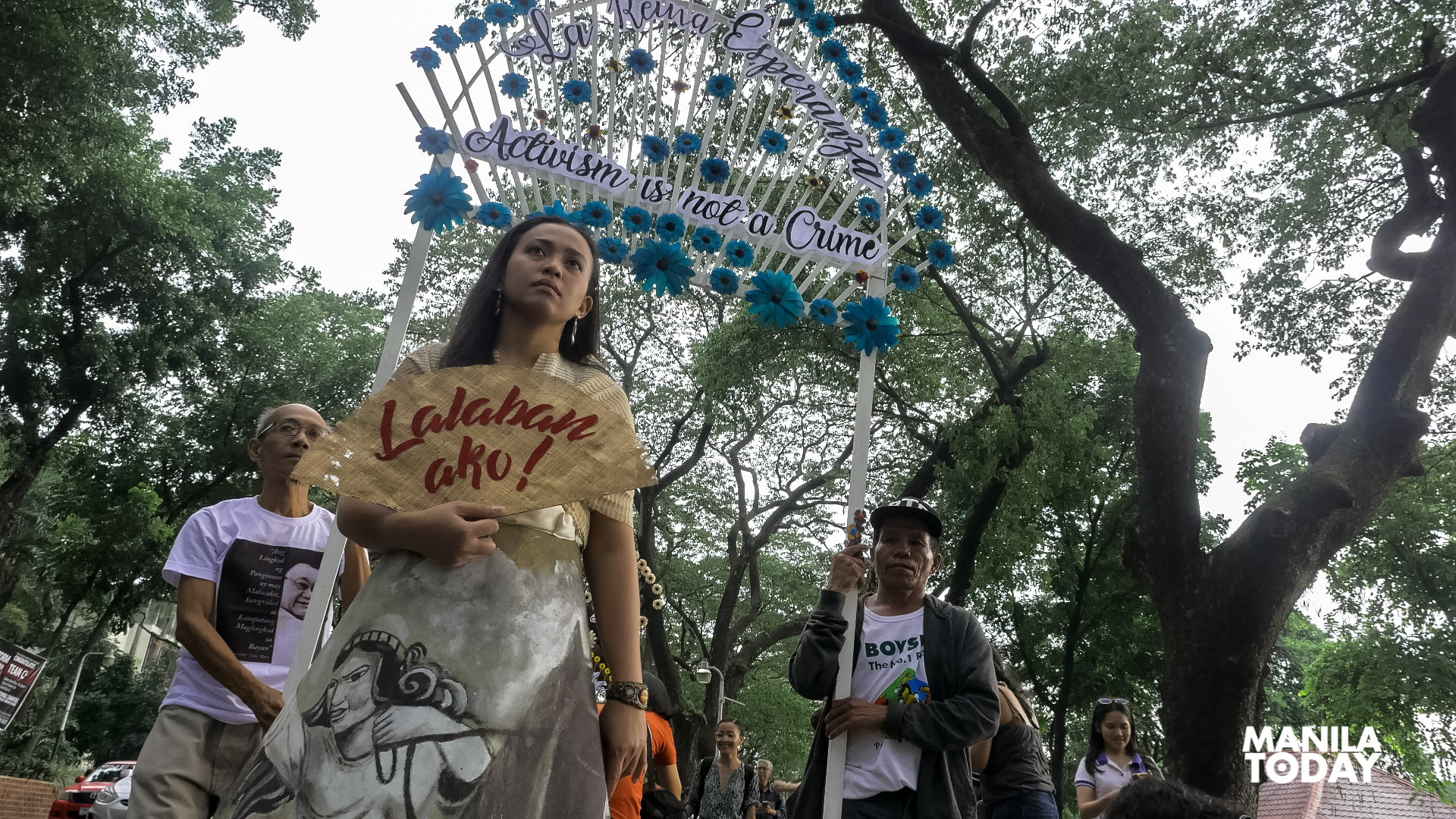 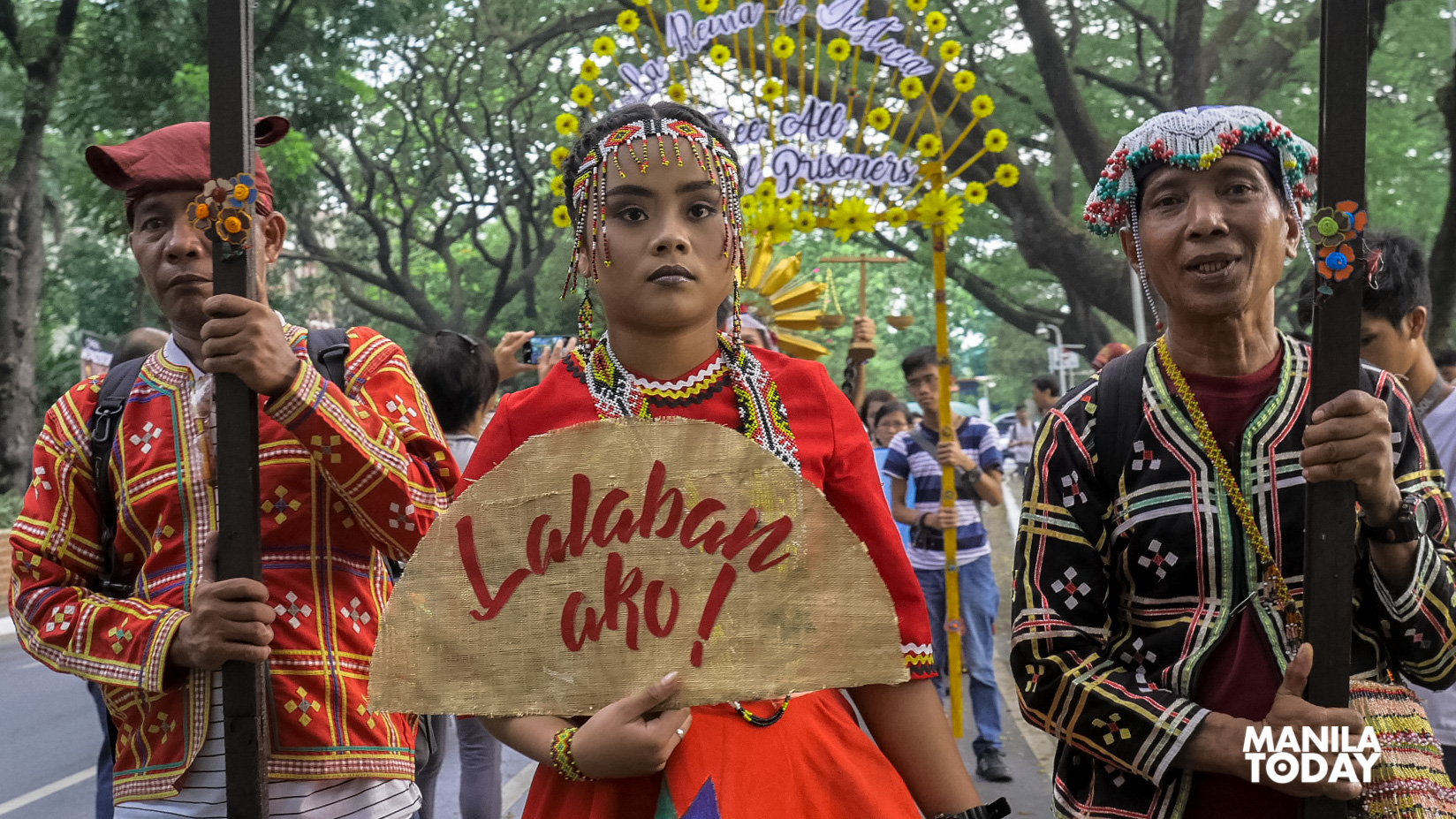 La Reina de la Paz. Her piece illustrates the people’s struggles under martial law in Mindanao. Documented human rights violations since Duterte declared martial law last year include 49 extrajudicial killings of Lumad, peasants, and Moro and the displacement of 500,000 civilians due to military operations in the countryside and in Marawi City. 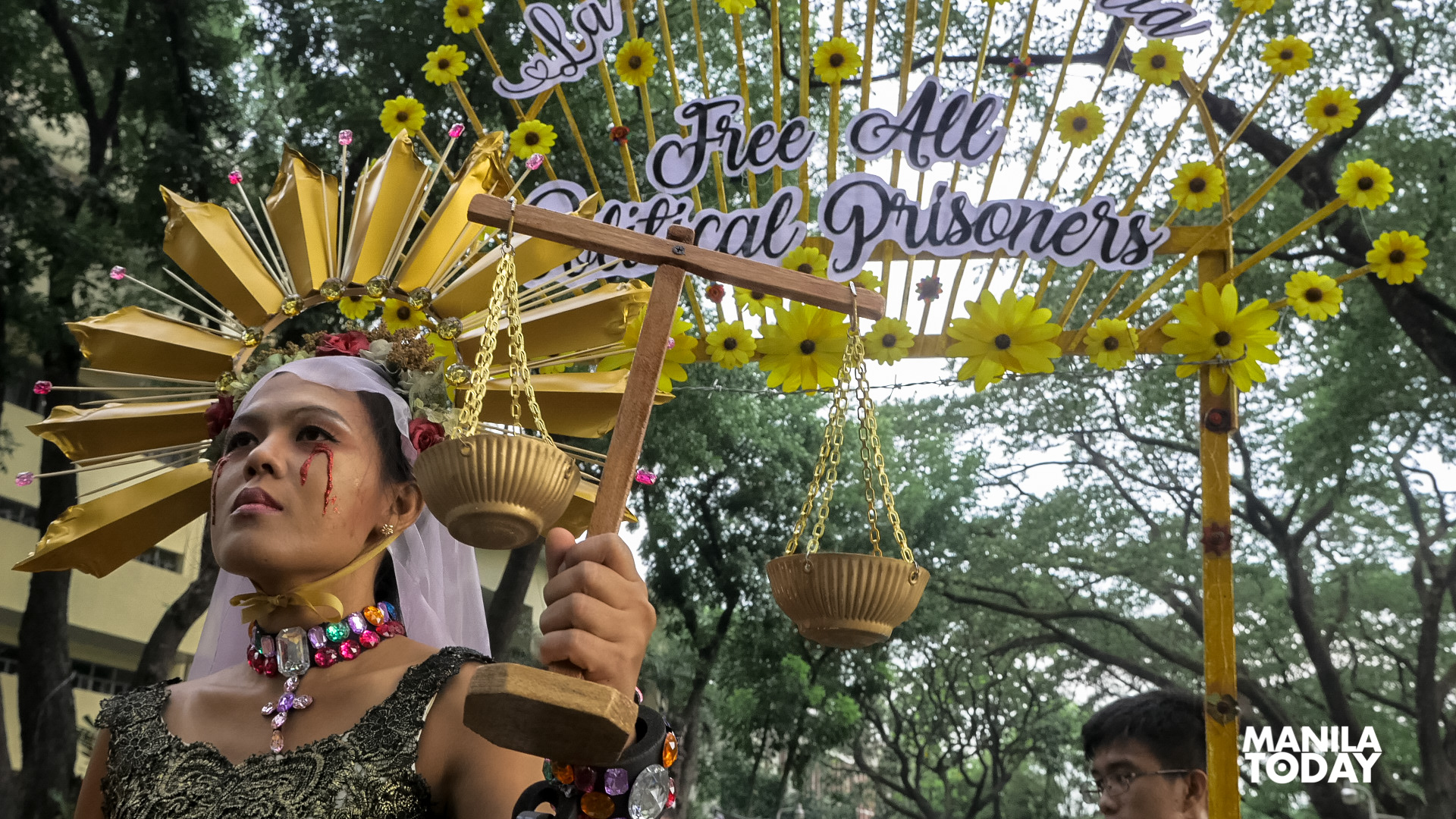 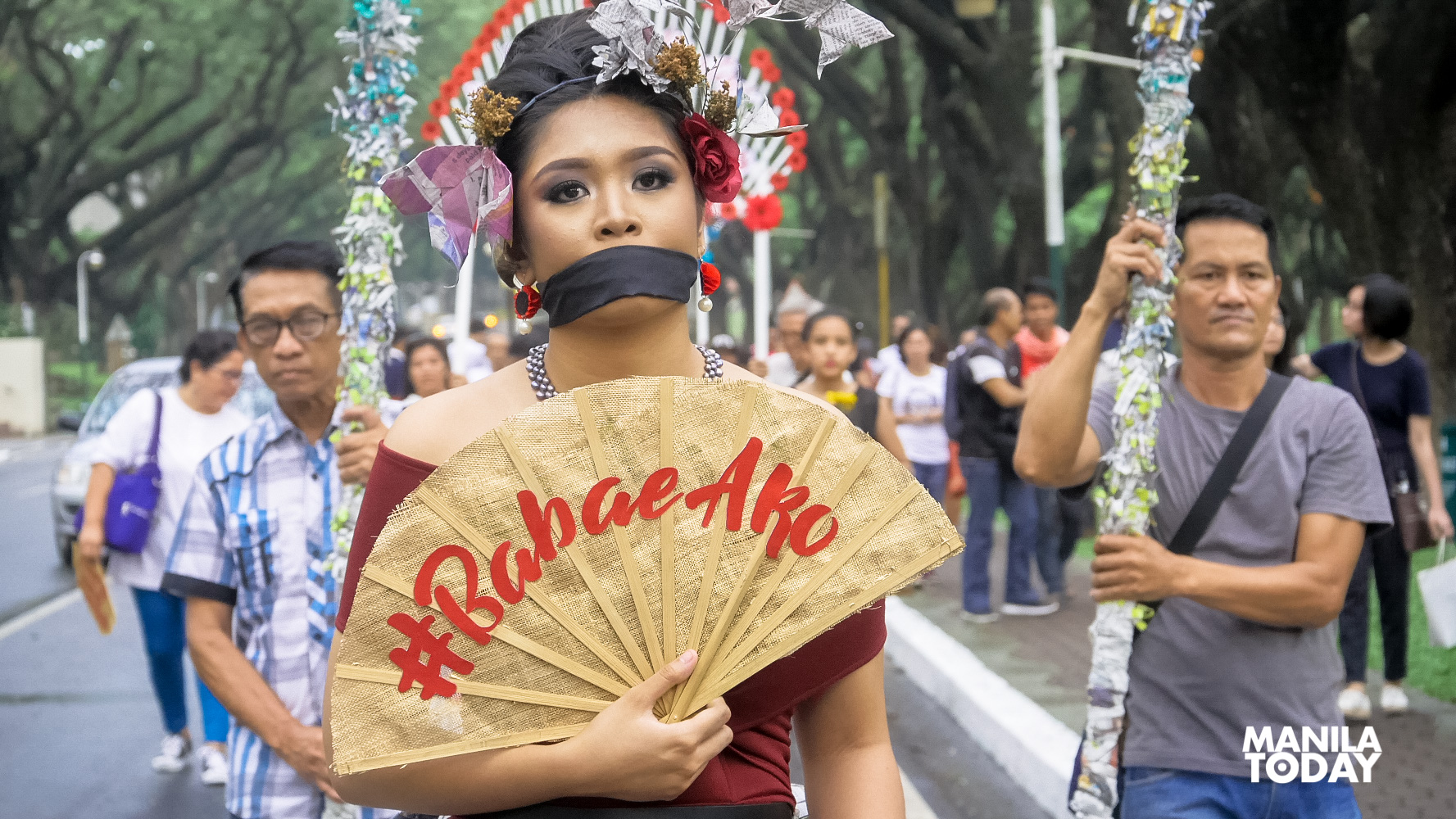 The Flores de Mayo spin-off is also Karapatan’s contribution to the #BabaeAko #LalabanAko campaign. This movement of women posting the said hashtags on social media networks is a response to Pres. Duterte’s sexism and misogyny and came soon after the president’s snide remarks about not appointing a woman as the next chief justice.