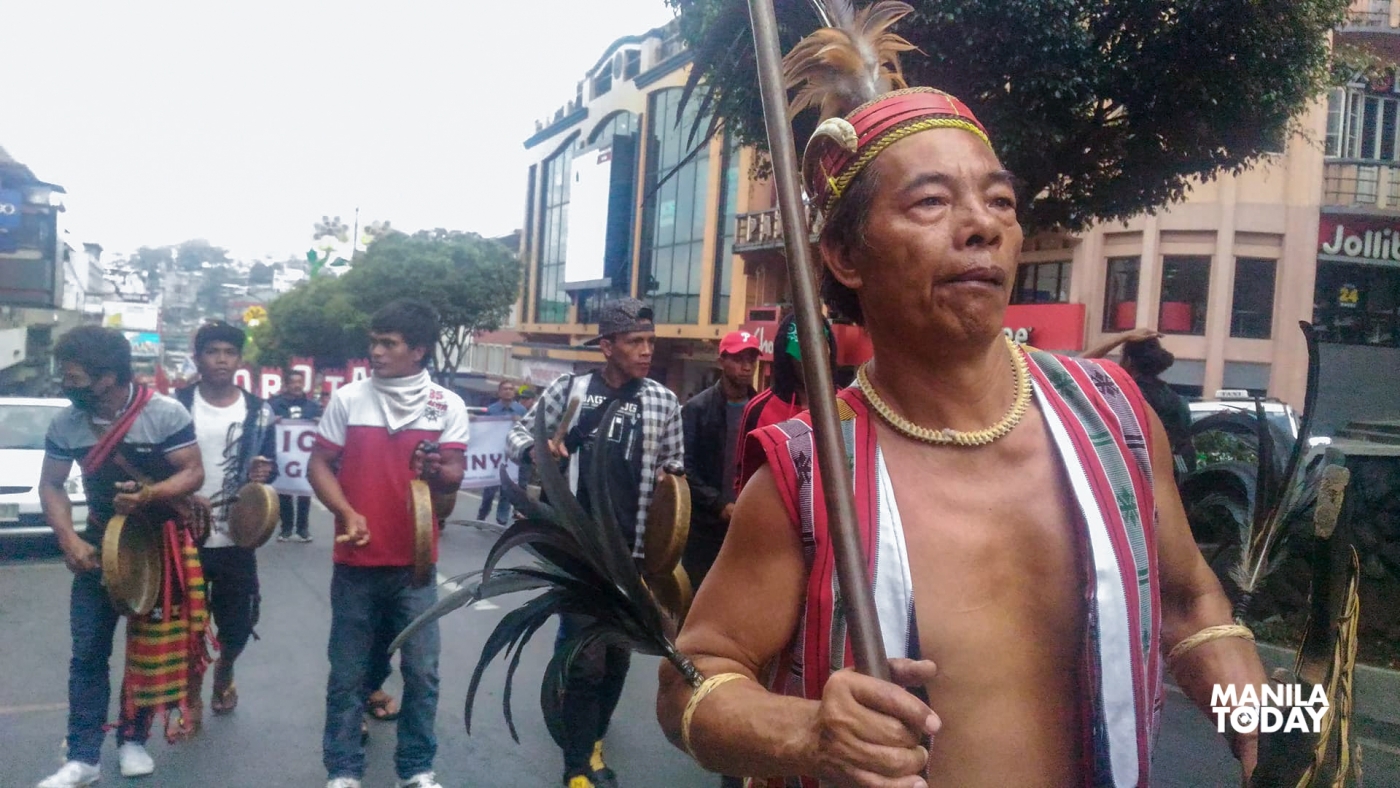 With the central call ‘Agkaykaysa a Rupaken Ti Titaniya! Ilaban Ti Karbengan Iti Bukod a Pangngeddeng! (‘Unite to Resist Tyranny! Assert Our Right to Self-determination!), Cordillera leaders held forums aiming to confront the “US- Duterte regime’s tyranny and fascism which worsens the national oppression of Indigenous Peoples (IP) and Moro people”. They ardently condemned the state’s “numerous violations of their right to ancestral land and self-determination”.

According to CPA, there is an increasing number of human rights violations against rights defenders. They cited the case of five women activists in the region that were slapped with trumped-up chargers; the extrajudicial killung of Ifugao environment advocate Ricardo Mayumi; several harassment incidents; and surveillance. There are also cases of bombings of communities and military encampment in indigenous peoples’ communities

“The situation in the Cordillera is no different from other regions in the country. De facto martial law is upon the Cordillera with the intensified militarization,” said Windel Bolinget, CPA chaiperson.

“The 81st IB is in fact actively filing trumped-up chargers against local human rights defenders. One recent attack is the terror tag by the Department of Justice through the petition to proscribe the CPP-NPA (Communist Party of the Philippines and New Peoples Army) as terrorist groups.

To date, the state’s counter-insirgency program Oplan Kapayapaan has resulted in attacks against legitimate political dissenters, resulting in over 700 extrajudicial killings cases of indigenous peoples and peasants and nearly half a million victims of bombings, threats, forced evacuations, intimidation and political persecution of activities.

Cordillera as resource-base of economic plunder

According to CPA, there are presently 102 pending mining applications covering 649, 230 hectares, the largest of which is from the CEXCI (Cordillera Exploration Company Inc.) The company is a subsidiary of multinational company Nickel Asia. CEXCI joins top mining companies Lepanto, Philex, and Benguet Corporation.

The group also protests the Chinese loan to build the Chico River Irrigation Project that is reminiscent of the World Bank-funded Chico Dam project during the Marcos dictatorship.

“We condemn the National Commission on Indigenous People (NCIP) that remains instrumental in facilitating the entry of these destructive projects,” Bolinget said.

He added that the NCIP must be abolished for the reason that they are manipulated and corrupted the Free, Prior, and Informed (FPIC) of communities and for having done nothing about the extrajudicial killings, forced displacement of militarized indigenous communities, and attacks against IP and human rights defenders.

CPA group also criticized the House Bill (HB) 5343 also known as An Act Establishing the Autonomous Region of the Cordillera, filed in the 17th Congress last 2017.

“The HB are continuing efforts of the state at bogus regional autonomy, compounded by the regime’s push for federalism,” he said.

Bolinget expressed that they are firm in their position on Genuine Regional Autonomy (GRA) predicated on the genuine respect of their collective right to ancestral lands and self-determination within a truly democratic and sovereign Philippines.

They also deplore their position on Charter Change which, for them, further consolidates the administration’s tyrannical rule that will worsen national oppression of IP and the over-all violation of people’s rights, national freedom, democracy and will intensify plunder and exploitation of ancestral lands.

“False promises of wealth and pro-people governance are being harped by the proponents of federalism while in truth are giving way for political dynasties and big local bureaucrats to further entrench and consolidate their power,” Bolinget disclosed.

Cordillera Day is annually commemorated for the martyrdom of staunch Cordillera leader Ama Macliing Dulag who was killed by government soldiers on April 24, 1980.