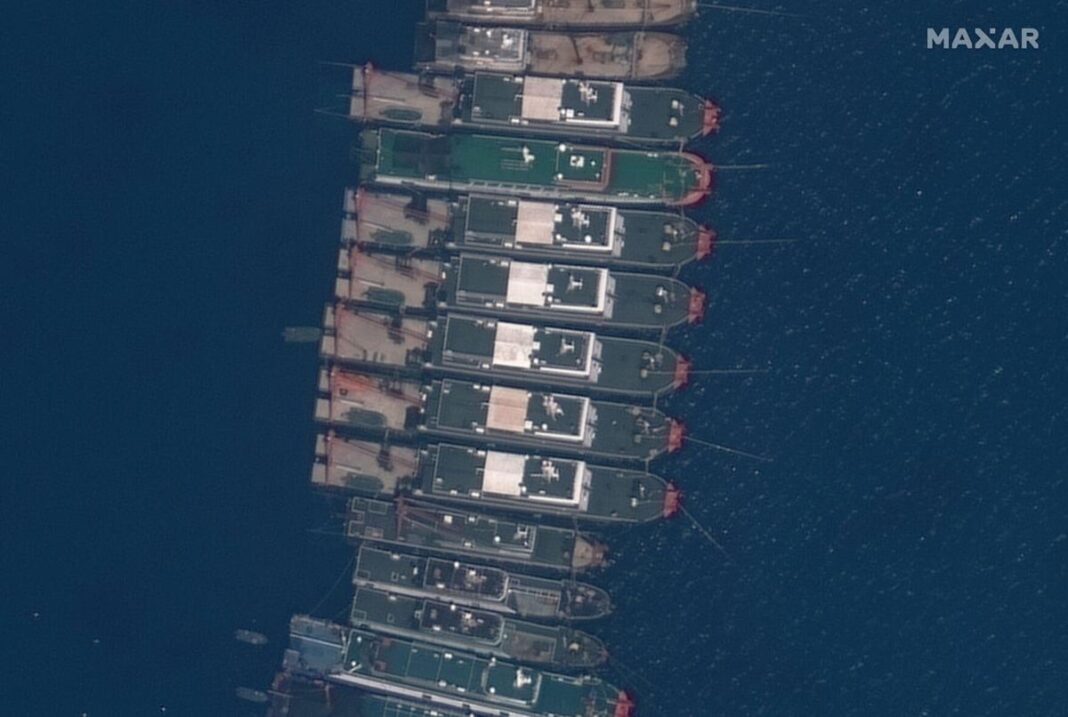 MANILA, Philippines — “Is this act of China the tradeoff for the vaccines it has donated — this trampling on our sovereignty? This should not be ignored. The government should strongly condemn this,” House Deputy Minority Leaders Carlos Isagani Zarate said in a statement issued on Monday.

Zarate, who represents the party-list group Bayan Muna, issued the statement following reports that over 200 Chinese militia boats were spotted in the Juan Felipe Reef — an area within the exclusive economic zone and continental shelf of the Philippines.

The Philippine government has filed a diplomatic protest against the incursion, Foreign Affairs Secretary Teodoro Locsin said on Sunday.  Meanwhile, Defense Secretary Delfin Lorenzana also called on China to recall the ships as the reef is within the EEZ and part of the country’s continental shelf.

Despite several diplomatic protests made against it, China has enjoyed renewed ties with the Philippines ever since President Rodrigo Duterte stepped into office in 2016.

As proof of the friendship between Manila and Beijing, the first doses of the COVID-19 vaccine that the country received — CoronaVac from Sinovac BioTech — were donations from China.

Duterte clarified, however, that the donations from China come with no strings attached.

Zarate, who is part of the progressive Makabayan bloc in the House, also took a swipe at the Armed Forces of the Philippines (AFP), urging them to focus on guarding the country’s territories rather than spending time over red-tagging activities.

“Maybe the reason why China has become spoiled and more aggressive was that the Armed Forces of the Philippines and the police have become busier with their red-tagging and attacking activists and critics of the government rather than guarding our territory against the incursion of other countries,” Zarate said in Filipino.

“China’s coast guard and maritime militia has continuously harassed our fisherfolk and barricaded our traditional fishing grounds like Bajo de Masinloc or Panakot Shoal. They harvest our giant clams and fish on our exclusive waters. They have also been used as advanced forces to secure islands, islets or sand bars that China would militarize,” he added.

According to reports that came out early Sunday, the Philippine Coast Guard (PCG) informed the National Task Force West Philippine Sea (NTF-WPS) that 220 ships had been in a line formation near the Juan Felipe Reef since March 7.

The NTF-WPS then warned against the possibility of overfishing and destruction of the marine environment with so many ships over the reef — which is just around 175 nautical miles west of Bataraza, Palawan.

“Julian Felipe Reef may be next to be occupied by imperialist China if the Duterte administration does nothing about it,” Zarate said.

“Among others, the government should push for joint Coast Guard patrols with other claimants in the South China Sea like Vietnam, Malaysia, and Brunei,  so as to discourage China’s bullying tactics,” he added.