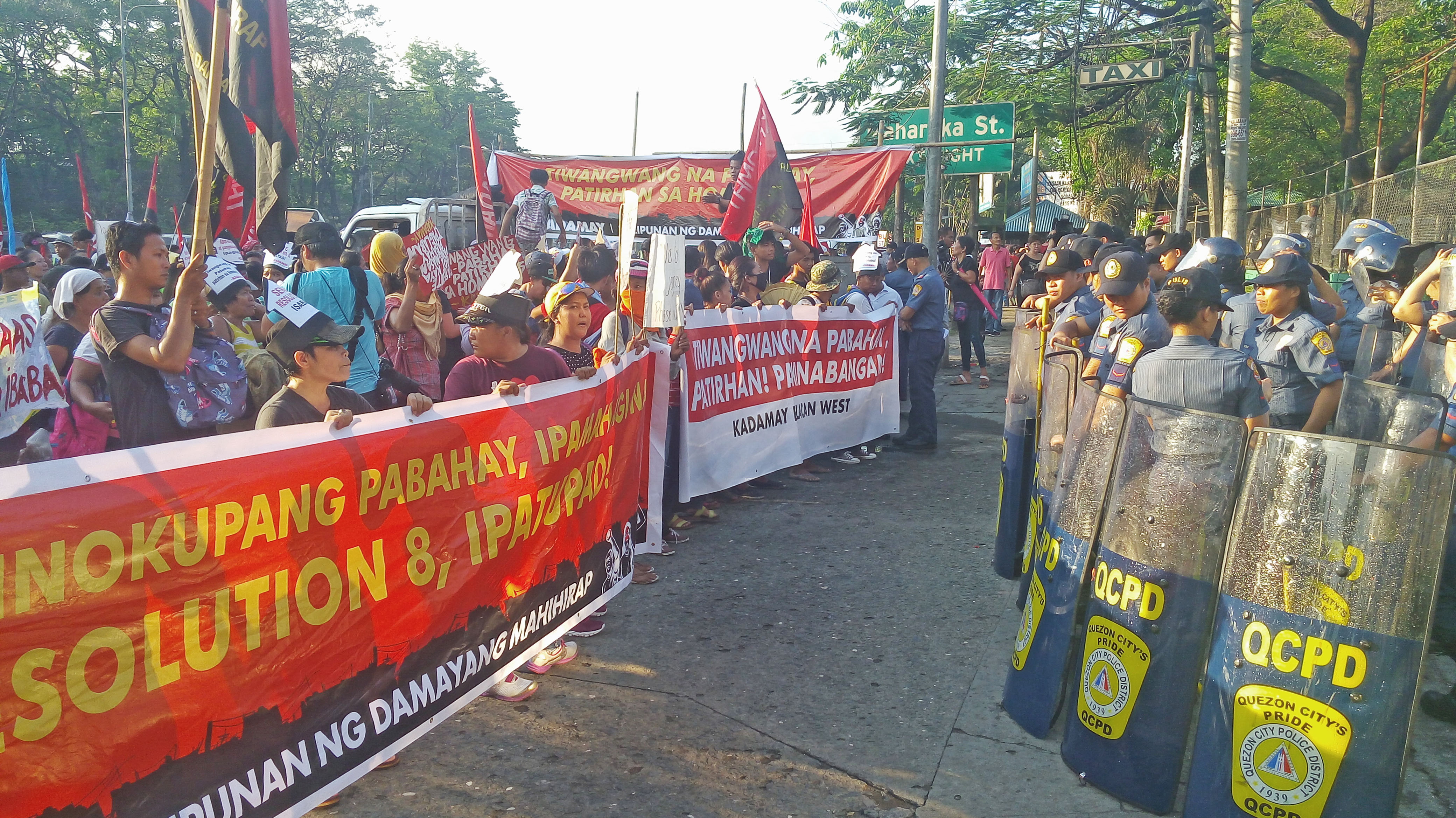 Kadamay led a ‘Homeless Camp’ at the National Housing Authority (NHA) before proceeding to join the giant labor day protest against contractualization and Duterte’s tyranny. The group demanded action “on the ‘crumbling housing sector’ alongside the relentless disenfranchisement of workers and those in the informal economy.”

Kadamay likened the situation of workers and urban poor under Duterte to the recent collapse of the bridge in Zamboanga in a relocation site provided by the government.

In October 2017, residents of Manggahan Floodway in Pasig who lost their homes in a demolition also held a ‘homeless camp’ in front of Mendiola, demanding President Rodrigo Duterte to address the continuing situation of homelessness and demolition suffered by the urban poor.