Luzon archbishops call for ‘full investigation of whiff of corruption’ 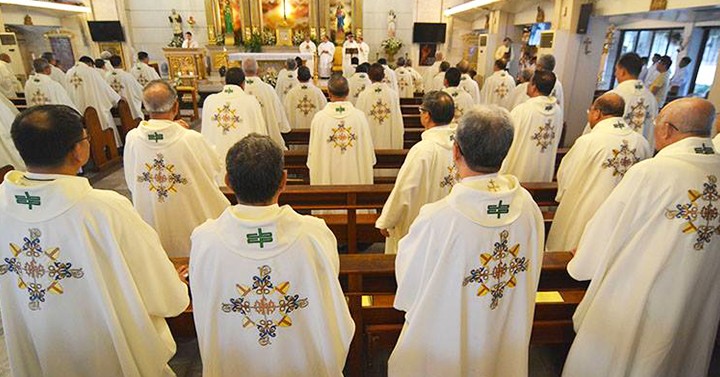 ‘Governance without direction kills. Corruption kills. The poor pay for the corruption of the powerful,’ says the Metropolitan Archbishops of Northern Luzon

In a strongly worded pastoral message, Catholic archbishops in Northern Luzon called for an investigation into allegations of corruption in the Duterte government’s pandemic spending.

“We commend, bless, and encourage the full investigation, by those in authority, of any whiff of corruption; as we also reproach, rebuke, and censure those who obstruct the legal process to arrive at truth and justice,” said the pastoral message issued on Saturday, September 11, by the Metropolitan Archbishops of Northern Luzon.

The pastoral message was politically loaded, calling the state of the nation “like living in the valley of death.”

“Killing of drug users and opponents; helpless death in the pandemic, death by governance without vision, death by shameless corruption that seems to break all records. Killings! Murders! Deaths!” said the message.

The pastoral message follows a series of discoveries, by state auditors, the Senate, and the media, of potential misspending by the budget department’s procurement service, awarding the most pandemic contracts to a questionable company which was being financed by President Rodrigo Duterte’s former economic adviser, Michael Yang.

“Viruses kill. Governance without direction kills. Corruption kills. Trolls kill with fake news. Hunger kills. When will the killings stop? The poor pay for the corruption of the powerful. The nation is sinking in debt,” said the archbishops.

The pastoral message was posted on the website of CBCP News, the news service of the Catholic Bishops’ Conference of the Philippines – now led by Caloocan Bishop Pablo Virgilio David, one of the leading voices against Duterte’s bloody drug war.

“Journalists have been killed, political opponents have been murdered, court judges have been assassinated, priests have been shot and critics have been bullied and threatened. The killers are at large and the blind supporters of these murderers applaud the killers,” said the pastoral message.