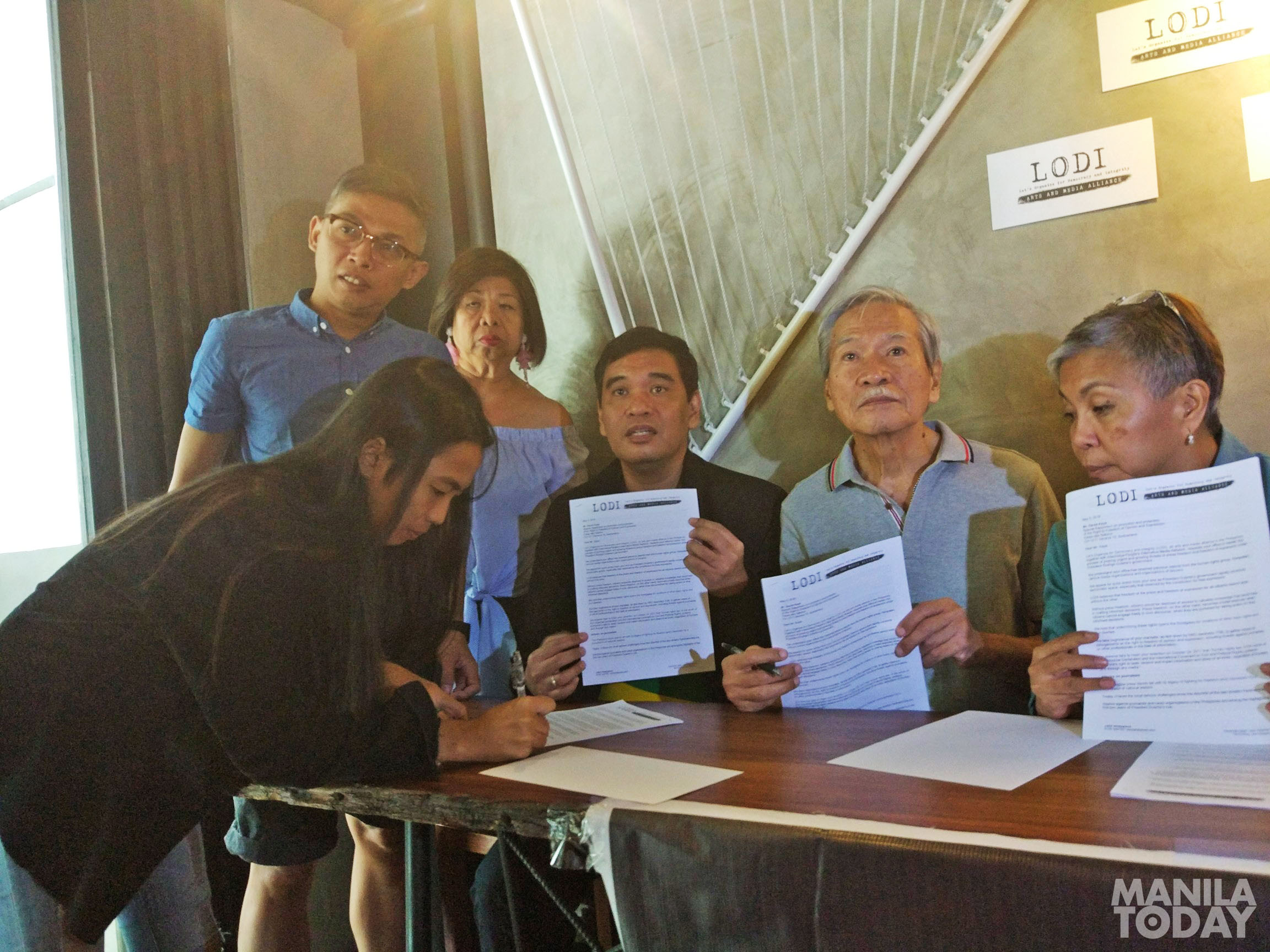 There are only three words to describe media freedom in the Philippines, said journalist and media professor Danilo Arao.

In a press conference this afternoon, artists and media practitioners signed a letter of complaint to United Nations Special Rapporteur David Kaye inviting him to investigate violations and threats to press freedom in the Philippines.

Led by LODI Arts and Media Alliance (Let’s Organize for Democracy and Integrity), individuals and media organizations would be sending the letter via electronic mail in time for World Press Freedom Day.

David Kaye is the special rapporteur on the promotion and protection of the right to freedom of opinion and expression.

Citing four media killings in 2017 and several more harassment cases, LODI held Pres. Rodrigo Duterte answerable for failure to protect journalists from being victims of press freedom violations, online and physical attacks, and even killings in the line of duty.

Duterte was also allegedly involved in the assassination of radio announcer Jun Pala in 2003. Shortly after the 2016 presidential elections, Duterte was quoted as saying that journalists slain in their practice deserved to be killed for having “done something wrong”.

“Duterte is the enemy of press freedom,” said Arao.

Just two days ago, a Dumaguete-based radio broadcaster was gunned down by unidentified men while on his way home from work. Edmund Sestoso is the ninth journalist killed since Duterte took oath in 2016.

The Philippines dipped to 138th among 180 countries with a score of 42.53, dropping six notches from last year in the World Press Freedom Index by media advocacy group Reporters Without Borders. The country also remains the most dangerous for journalists in the Asia Pacific.

Crushed, but not cowed

LODI urged the government to allow the entry of Special Rapporteur David Kaye, saying that it is their obligation to do so.

Arao stressed the adversarial nature of media in relation to the government.

“Without press freedom, there can be no journalism practice — just public relations work from the government,” he said.

But journalists and artists would not be cowed.

“Our role as journalists is to report the truth and bring the truth to the people. We will continue fighting for the right of the people to know the truth,” said Len Olea of Altermidya People’s Alternative Media Network.