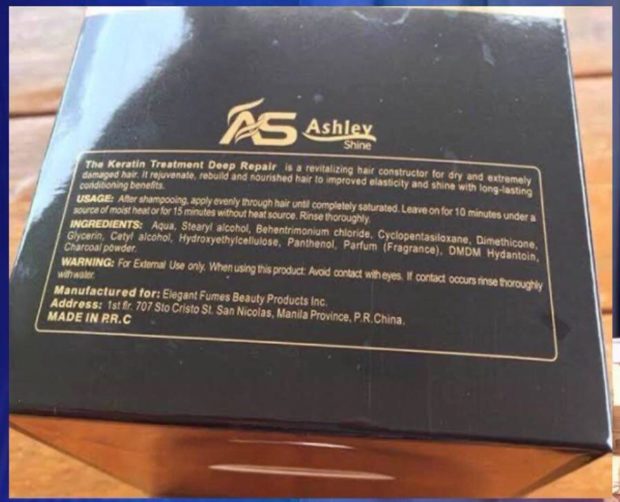 MANILA, Philippines — Manila Mayor Isko Moreno is calling for the deportation of two Chinese men who allegedly owned the business establishment selling beauty products with an address of “Manila, province of China.”

The mayor made the call after the city government discovered that five owners, two Chinese nationals and three Filipinos, were behind products that showed “misrepresentation” for Manila as well as the violation of the city’s business laws.

(Expect that these five owners of Elegant Fumes Beauty Products Inc. will never operate their business in Manila. Five of them are Chinese.)

(The three suspects are Filipinos, two are Chinese. I will write to BI to deport and declare two Chinese as undesirable aliens in violation of rules and regulations in doing business in Manila and misrepresention that it looked like they are claiming that Manila is in China.)

Aside from misrepresentation, the city government also found that the establishment is not approved by the Food and Drug Administration (FDA), which evaluates the safety of the products.

(We just found that through coordination with FDA, they are not licensed. What does this mean? Some residents will be in danger because the products were not verified by the FDA. In fact, there were no batch numbers as well as the name and address of the company or person responsible for placing the product in the market. These are some things they did not follow.)

Moreno then warned e-commerce companies in the country to check if the unaccredited business is selling their products online as it might pose risks to their customers.

Earlier, Manila’s Bureau of Permits closed the four stalls owned by the business establishment inside a mall in Binondo. The stalls were located after the city received a complaint about the “misrepresentation” on the address of the product’s label. [ac]