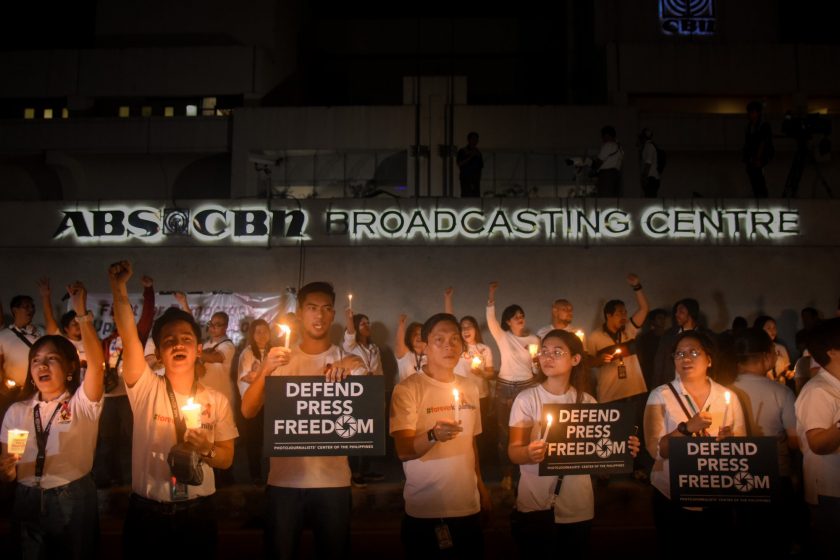 MANILA — Amid the ongoing pandemic, the National Telecommunications Commission has ordered the shutting down of Philippine media giant ABS-CBN.

In an order circulating online, the NTC said that upon the expiration of Republic Act No. 7966, which granted the media network’s franchise to operate, ABS-CBN “no longer has a valid and subsisting congressional franchise” as required by Philippine laws.

ABS-CBN, referring to its television and radio stations, was given 10 days to comment on why their frequencies should not be recalled.

In a statement, the National Union of Journalists of the Philippines assailed the NTC order, adding that it would “do no good to the Filipino people if the country’s biggest media corporation, one that is relied upon by a great number of the people during this pandemic for news, entertainment and relief delivery, if it ceases operations tomorrow.”

“Calida threatened ABS CBN and the NTC amidst a vicious pandemic when it is quite obvious that the media could be partners in these difficult times, as they have done these past eight weeks,” said the NUJP.

Ronalyn Olea, managing editor of online news Bulatlat, said this is a serious blow to press freedom and the right to information of the public.

“Silencing one of the biggest media outfits only serves the interest of the tyrant in Malacañang who does not see the important role of the media in this health crisis,” she said.

Meanwhile, Surigao del Sur Rep. Johnny Pimentel said in television interview that it is a “sad day” that the order came when the country is confronting a pandemic.

Vergel Santos of the Center for Media Freedom and Responsibility, for his part, said this is a “distraction” from the pandemic, adding that the media giant has stepped up on its reporting as they pointed out inefficiencies of government response.

The NUJP said, “we ask, who really speaks for this government? Is the government so blinded by its chief executive’s hatred of an entity that it dares to flaunt our nation’s collective sense of fair play, due process, and common good when the entire country grapples with a problem infinitely more pressing and dangerous?”