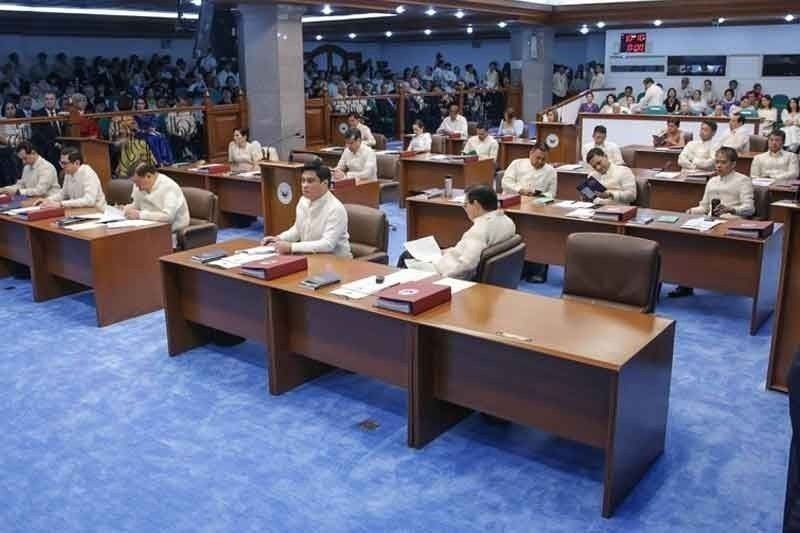 MANILA, Philippines — Pharmally Pharmaceutical Corp. the company at the center of the Senate investigation into alleged multibillion-peso corruption in the government procurement of COVID-19 supplies – may have made “ghost deliveries” of face masks, face shields and personal protective equipment (PPEs) worth at least P3 billion last year, senators said yesterday.

The suspicion of ghost deliveries first raised at the start of the Blue Ribbon committee inquiry into the P42-billion corruption scandal rocking the Duterte administration since August – was tackled at the resumption of the hearing of the panel that took note of missing documents and fictitious addresses of suppliers of Pharmally.

The hearing also saw Pharmally executives Mohit Dargani and Linconn Ong, who are detained at the Pasay City Jail, testifying again but still unable to produce source documents sought by the panel.

They were escorted in handcuffs to the Senate where they answered from separate rooms linked online and under watch of jail guards.

Sen. Richard Gordon, chairman of the committee, said the inquiry would continue despite repeated attempts by President Duterte to stop it, even as he reiterated his suspicion on the latter’s involvement in the alleged anomalies.

“We will not stop despite your low level tactics, who keeps on cursing, you’ve done nothing except to malign us (senators) because you could not show having any work done for our countrymen,” Gordon said in mixed Filipino and English.

“Do not lecture us that you’re better than us senators. The most ordinary people are better than you because they have principles. You’ve forgotten the principles taught to you by your parents,” he said.

Raymond Abrea, a private certified public accountant consulted for the inquiry, noted that based on its audited financial statements, Pharmally – which bagged a total of P11 billion in supply contracts from the Procurement Service of the Department of Budget and Management – had purchases of P7.2 billion but only P3.8 billion could be accounted for or were supported by documents.