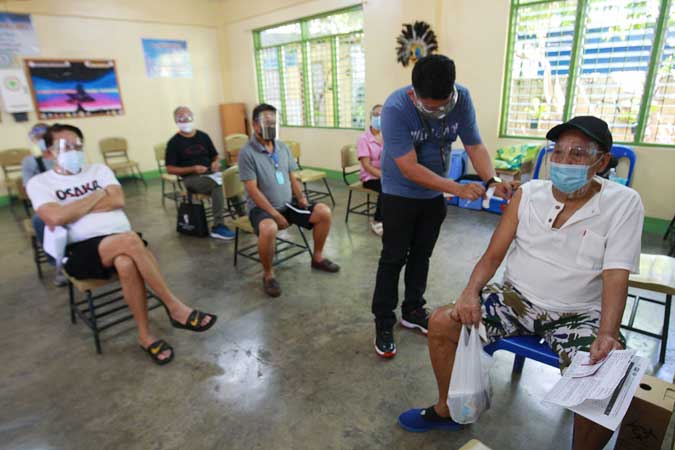 THE PHILIPPINE ECONOMY is the “clear laggard” in Asia, as it is likely to only return to its pre-pandemic level by end-2022 due to the snail-paced vaccine rollout, Moody’s Analytics said.

The research arm of Moody’s Investors Service expects the Philippine gross domestic product (GDP) to grow by 5.3% this year, slower than the 6.3% estimate it gave in March. This is also more pessimistic than the government’s 6-7% full-year growth target.

“China, Taiwan, South Korea and Vietnam have returned to previous output levels, while Indonesia and Thailand are on track to return this year. This makes the Philippines the clear laggard in Asia,” Moody’s Analytics Senior Asia Pacific Economist Katrina Ell and Associate Economist Dave Chia said in a note on Monday.

A major drag to the Philippines’ economic recovery is the elevated number of coronavirus disease 2019 (COVID-19) cases, Moody’s Analytics said.

While the average daily cases have gone down from the highs in April, the Philippines still has the second-highest number of COVID-19 infections in the region following Indonesia.

Moody’s Analytics said the decentralized healthcare system was also a major factor why the country was unable to better handle the pandemic.

“As a result, there were not consistent policies and rigorousness around contact tracing, funding, and quarantine measures for those infected and their close contacts,” Moody’s Analytics said.

The sluggish pace of the country’s mass vaccination campaign is hindering its recovery prospects, amid supply constraints and vaccine hesitancy.

“[T]here is vaccine hesitancy in the Philippines due to misinformation and lasting scars from the 2016 dengue fever vaccine that put children’s health at risk,” Moody’s Analytics said, referring to the Dengvaxia controversy.

Health Undersecretary Maria Rosario S. Vergeire said on Monday that about 4 million vaccine doses have been administered in the country.

Meanwhile, around 950,000 individuals have completed two COVID-19 doses. This is only equivalent to 0.88% of the population being fully vaccinated, based on data from the Johns Hopkins University.

“This [slow vaccination pace] is problematic, because it means the Philippines remains vulnerable to continued local infection spikes, inhibiting the economic recovery as it is assumed the government will reintroduce strict lockdowns to contain further infections,” Moody’s Analytics said.

The government targets to inoculate as many as 70 million Filipinos by end-November, focusing mainly on Metro Manila and surrounding provinces that are deemed to be high risk areas for the virus spread.

“The sluggish economic recovery paired with relatively strict lockdown measures has increased inequality. Those in higher-paying jobs tend to be office workers, and they have been able to transition to working from home, while lower-income workers have not had that option,” it said.

The country’s unemployment rate as of March stood at 7.1%, representing about 4.187 million unemployed Filipinos, based on data from the Philippine Statistics Authority. It reached a record-high 17.6% in April last year at the height of the lockdown.

Last year, the economy shrank by a record 9.6% due to the impact of the prolonged lockdown.