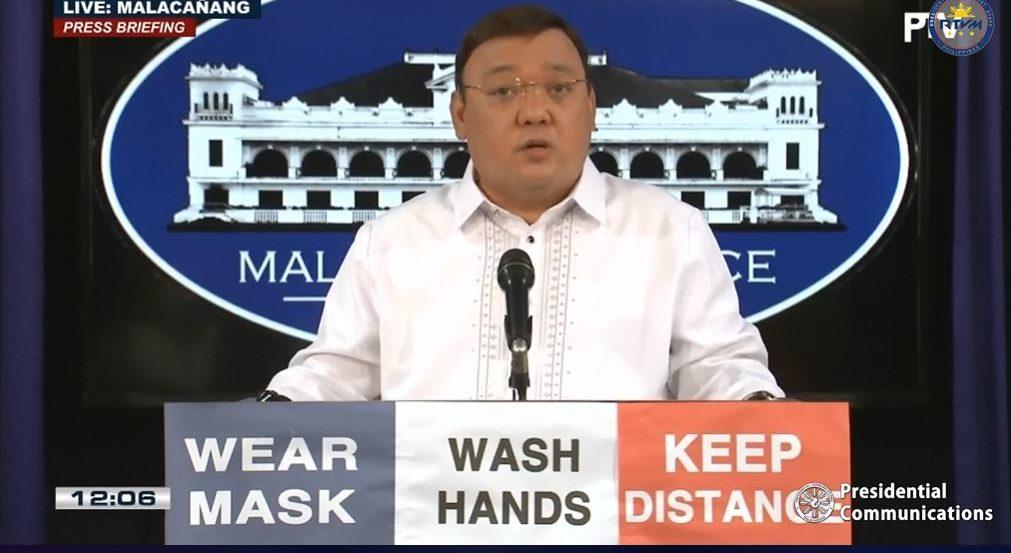 Harry Roque, gunning for a Senate seat in May 2022, has joined the Marcos-Duterte camp, saying he was “endorsing” the presidential bid of the son of the late dictator Ferdinand Marcos and expressing his “desire” to accept an invite to be a guest candidate of their slate.

Roque wrote on November 25 to Ferdinand “Bongbong” Marcos Jr to express such support, according to the Marcos-Sara Duterte campaign. “In a letter to Partido Federal ng Pilipinas chairman Marcos, signed last November 25, Roque, a staunch defender of President Rodrigo Roa Duterte, endorsed the Presidential aspirant and also expressed his desire to accept the adoption of the Partido (PFP) as guest candidate for senator,” said the campaign in a press release Sunday, November 28.

The following day, Roque joined Marcos and vice presidential aspirant Sara Duterte in Cebu City for a regional meet of the League of Municipalities of the Philippines.

Roque’s turnaround is just the latest of many.

The former presidential spokesperson and self-proclaimed human rights lawyer once took part in efforts to institutionalize the indemnification of victims of Marcos’ Martial Law.

As a representative of Kabayan partylist, Roque filed House Bill 226 that sought to make permanent the Human Rights Victims Claims Board (HRVCB).

The HRVCB was created through Republic Act 10368 that mandated the compensation of victims of Marcos’ dictatorship. These are atrocities that Marcos Jr. has neither acknowledged nor apologized for.

In the bill, Roque even pitched to fund the permanent board using proceeds from a 2003 Supreme Court award, where $658 million of the Marcos family’s wealth was declared as ill-gotten.

As Duterte spokesperson, Roque also acknowledged that “there are decisions affirming that there were grave human rights violations committed during the Marcos regime.”

In November 2018, when Imelda Marcos was convicted by the anti-graft court of seven counts of graft, Roque told ANC: “I’m happy that there was finally now a conviction, so that we could now have an authority to say that there were misfeasance and malfeasance created during martial law era. Now we can record it in history.”

Roque was also once described as an “activist during Marcos years” by one of his law professors.

Roque has not responded to Rappler’s question on how he can reconcile this past with his decision to join the Marcos slate.

Roque’s official Facebook page also deleted a main post from April 2016 showing him speaking at a University of the Philippines (UP) forum called “Never Again, Never Forget: Martial Law, the Academe and the Public.”

A secondary post is still up, now swarmed by comments pointing out the irony.

Roque’s decision to run for the Senate under the People’s Reform Party, however, followed his failed bid to get to the International Law Commission.

That Roque is joining a tandem supported by former president Gloria Macapagal Arroyo’s Lakas-CMD is also a turnaround.

Roque was one of the petitioners in Supreme Court cases against Arroyo, including the landmark David vs Arroyo that declared as unconstitutional parts of her order declaring a state of emergency. – Rappler.com