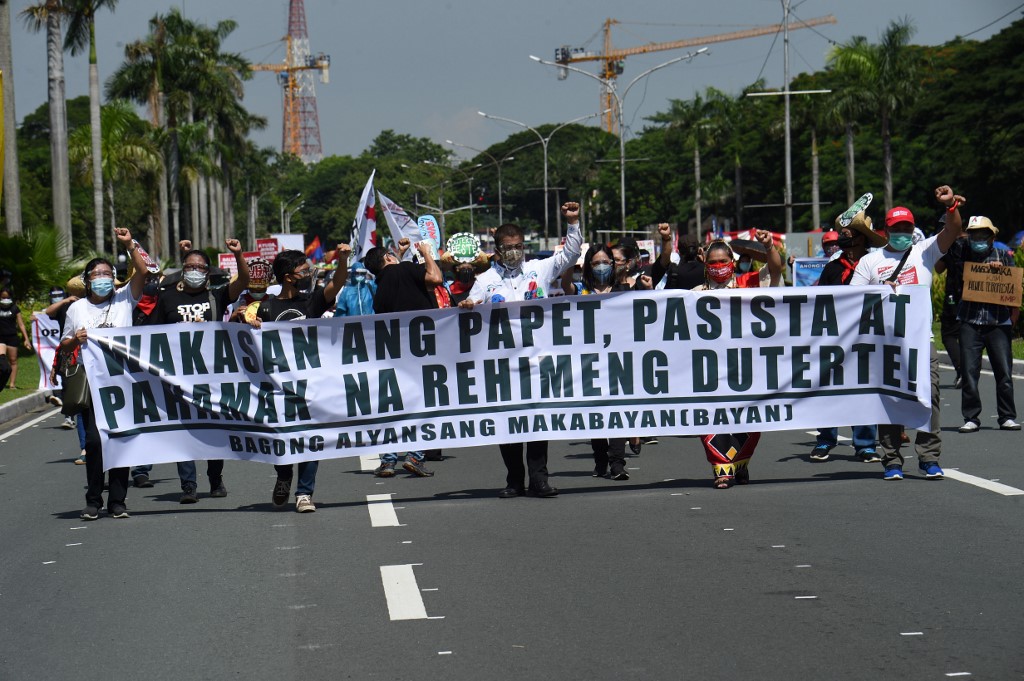 MANILA, Philippines — The protests held ahead of President Rodrigo Duterte’s final State of the Nation Address (Sona) in Quezon City ended peacefully on Monday, despite what protesters claimed was a violation of their agreement by the police.

“Despite threats of rain and incidents of vehicles being blocked, today’s protest to mark the last [Sona] of Rodrigo Duterte ended peacefully at around 1:30 p.m.,” said Reyes.

“The delay was due to the QCPD (Quezon City Police District) setting up orange barriers along with Commonwealth and a police blockade that violated the earlier agreement with the QC Mayor,” he added.

According to Reyes, the QCPD acted in “bad faith,” and “sought to control the march.”

“The protesters asserted the earlier agreement and refused to pass through the narrow pathway,” Reyes said. “Only then did the PNP remove the blockades and allowed the protesters through.”

“After today, we are more than ever determined to see the end of the Duterte regime, and to frustrate its evil plan of putting up a dynasty in Malacanang,” Reyes said.

The protesters first gathered in the University of the Philippines – Diliman at 9:00 a.m. before marching to Commonwealth Avenue, Quezon City around 11:45  a.m.