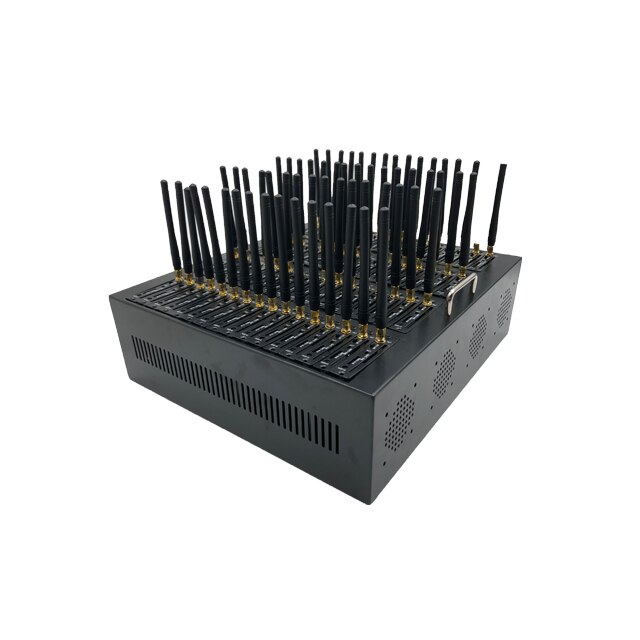 MANILA, Philippines — The National Telecommunications Commission (NTC) said it would run after sources of illegal radio gear such as text blast machines that a growing number of politicians or political groups were secretly using in their campaigns to boost their chances during elections.

The agency, however, need not look far.

These devices are widely available in leading e-commerce portals in the country such as Carousell, Facebook Marketplace, Lazada, and Shopee.

More than a dozen sales advertisements for the shoebox-sized transmitters were shown across their platforms, although most of the sites started removing the products starting Oct. 8 after they came to know about the NTC probe in the media.

The listings were a few weeks to a few years old.

Sold under catchy labels like “campaign SMS Blaster Machine,” their target market was clear: politicians who were willing to use unregistered radio equipment, thus violating Republic Act No. 3846, or the Radio Control Law, and Republic Act No. 10175, or the Cybercrime Prevention Act of 2012.

Interviews with telecommunication experts, executives, and even the sellers, under the guise of interest in their products, revealed an illicit business that had been thriving for years and openly operating under the nose of regulators.

A telco executive, who requested anonymity for this report, told the Inquirer that these text blast machines were “weaponized” and their use was already prevalent in smaller towns during the 2019 elections.

“They can, for instance, spoof the [mobile] number of a mayoralty candidate on the last day to say ‘I have withdrawn from the race,’” he added.

He, however, feared that regulators might be ill-equipped to combat the problem.

“It’s a game of cat and mouse. By the time you trace it, they are no longer there,” he said.

NTC Deputy Commissioner Edgardo Cabarios told the Inquirer that he was surprised these devices were easily accessible through online shopping sites.

After reviewing the specifications of the text blast machines, Cabarios said these were illegal and their suppliers were unregistered with the NTC. The regulator is readying show-cause orders to people and entities it will find responsible for the illegal sale of these devices.

“This equipment is not allowed to be purchased, sold, and used,” Cabarios said.

He said the only exemption was its use by the National Disaster Risk Reduction and Management Council (NDRRMC) and other authorized state agencies in times of emergency and “in areas where there is an emergency.”

The possible use of such unlicensed radio equipment figured in the news on Oct. 6 after unsuspecting recipients at Sofitel Harbor Garden tent—which was used by the Commission on Elections as a venue for filing for certificates of candidacy for the May 2022 polls—got a text blast cheering presidential aspirant Ferdinand “Bongbong” Marcos Jr., the son and namesake of the late dictator.

Although disavowed by the NDRRMC, the telcos, and even Marcos’ camp, the texts mimicked the council’s alert system, stoking fears that illicit transmitters can be used to propel disinformation campaigns while obscuring their source. Text blast machines work by “spoofing” nearby cell towers or functioning as portable cell sites that can only send and not receive data. They can send out messages at a rate of up to 28 texts per second, or 100,000 texts an hour.

Some specialized models can blast messages simultaneously from different fabricated sources targeting different telco networks. These are free of telco charges and can reach cell phones within the vicinity of a few hundred meters to 2 kilometers.

The machines are sold for P200,000 to P3 million per unit—easily affordable for politicians and businesses looking to promote themselves, according to online sellers contacted by this reporter.

A seller on Facebook said politicians gunning for a national post could buy several of these machines while those eyeing a local post could get by with one device.

“It’s mobile so you can go roving,” he said in a chat.

“Two congressmen already ordered this,” he said, without giving names.

The devices require no SIM cards, making them virtually untraceable on cellular networks, and can operate using a range of frequencies.

The illegal use of text blast technology is painting his industry subsector in a bad light, he said.

“Before, there were ordinary text blasts used for political campaign purposes. But then people realized you can report the number to the NTC and have it blocked,” Democracy.Net.PH cofounder Pierre Galla said, referring to the antispamming provisions in RA 10175.

“They (politicians) found another way where they can campaign using texts but won’t get the number blocked because there is no SIM card,” he said.

The use of text blast machines and rogue cell sites also raises questions on how these equipment were able to enter the country in the first place.

Since imported radio equipment requires a permit from the NTC, such devices surfacing and being offered online were likely smuggled.

A seller, who claimed to have started selling such machines in 2016, said his wares came from Malaysia.

On Lazada, another seller openly markets the device as an “SMS Platform for upcoming political campaign 2022.”

“Too many to count,” she said when asked how many units she has sold.

“We do not permit our platform to be used for the unauthorized sale of such items,” Shopee Philippines said in a statement when reached by the Inquirer for comment. “We have removed these listings from the platform and also have in place preemptive measures to intercept similar attempts to sell such items on our platform.”

In an email, a Carousell spokesperson acknowledged that such machines were prohibited and it had “swiftly removed any such listings from its marketplace.”

A Lazada spokesperson, meanwhile, disclosed that the company had launched an investigation and “will not hesitate to take strong actions against parties found involved in illegal activities … ”

A spokesperson for Facebook asked the Inquirer to provide links to illegal text blast machines and gave no further comment. As of this writing, all original listings related to text blast machines remained active on Facebook Marketplace, with two more ads appearing on Saturday.