The Parol: All About This Uniquely Filipino Christmas Décor 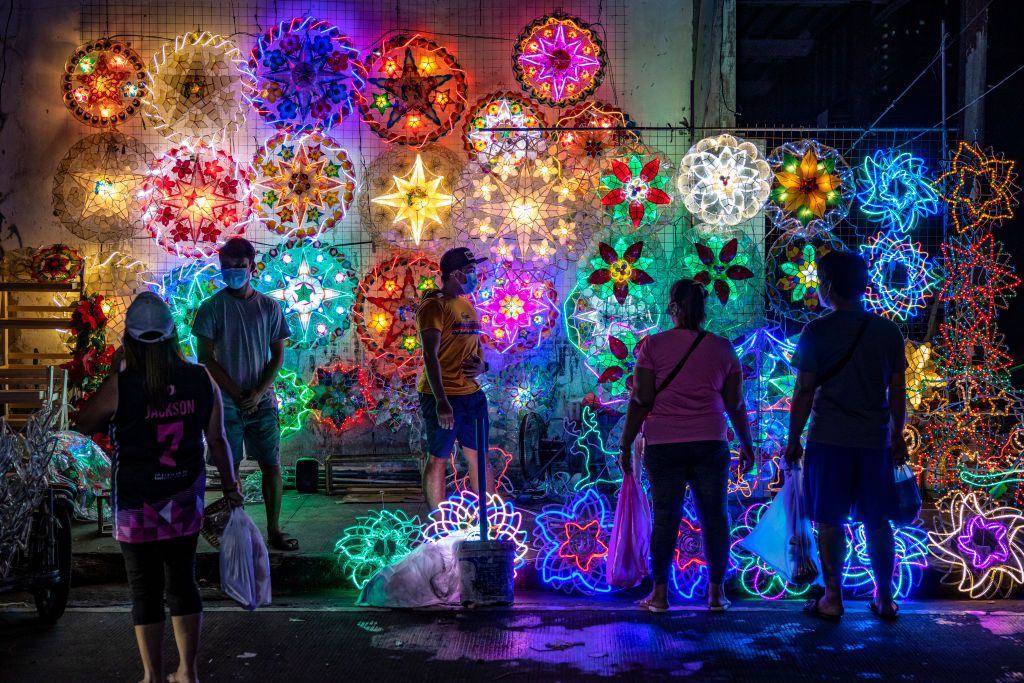 When city streets and houses light up with colourful Christmas lanterns, it only means one thing—the festive season is here. Known locally as parol, the star-shaped lanterns are, however, more than just mere decorations but rather, symbols of the victory of light over darkness. Signifying hope amidst despair, it holds a special meaning even more in this pandemic—as a reminder to remain resilient and optimistic and put our faith in the Lord.

Traditionally, the parol is made with bamboo sticks and papel de japon (Japanese paper) illuminated inside by candle or carbide. Today, these lanterns are lit up either with light bulbs manually operated with various switches or LED lights for dancing light sequences that give joy not only to kids but to everyone.

The parol’s traditional simple design may be credited to Francisco Estanislao, an artisan from the province of Pampanga, who crafted a five-pointed paper star lantern in 1908. Eventually, more durable materials, such as plastic and fiberglass, were used. But an authentic Philippine material that has become significantly popular for the parol is the capiz, iridescent shells indigenous to our seas, flattened and cut into precision. The shells can stay in natural pearly white or be tinted like stained glass pieces.

Derived from the Spanish word farol, which means “lantern”, parol has been used by barrio folks to light up their paths when going to their local churches for Misa de Gallo, the traditional nine-day novena of dawn Masses that starts on 16 December and culminates on Christmas Eve.

Ornate versions of the parol usually come with designs and patterns taken from Western Christmas figures such as angels, Santa Claus and reindeer, or from natural elements like flowers and snowflakes. But more importantly, the parol symbolises the Star of Bethlehem that guided the Three Kings to the manger where Christ was born. Hence, parol and other Christmas decorations are not taken down until the feast of the Epiphany in January, in honour of the Three Kings.

The Philippines can very well lay claim to the title Christmas Capital of Asia for its various festivals, parades and religious festivities associated with the season. Not to mention, the Christmas spirit being awakened by songs and decorations as early as September. One of the biggest and most anticipated non-religious events of the season is San Fernando City’s Ligligan Parul or the Giant Lantern Festival in Pampanga. In this annual competition of various barangays, people from everywhere flock to the city’s first day of the Misa de Gallo to witness towering lanterns compete in beauty and creativity.