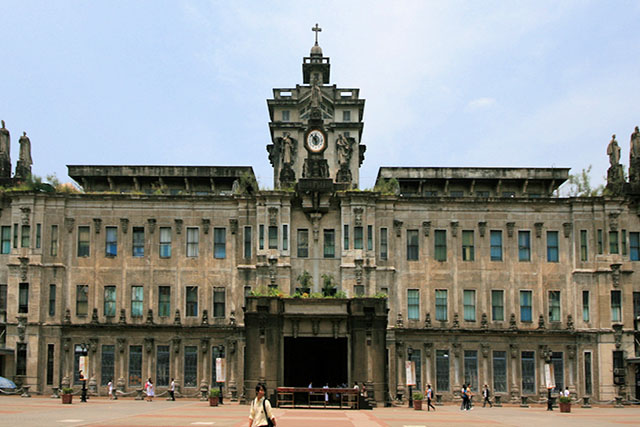 Four of the Philippines’ top universities denounced on Sunday, January 24, the latest red-tagging effort against them by the spokesperson of the government task force against communists.

Parlade tagged them on Saturday, January 23, as among the 18 schools that he claims are “recruitment havens for the New People’s Army.”

Parlade claimed that the 18 are in the same ranks as the University of the Philippines (UP). His statement came more than a week after the Department of National Defense (DND) on January 15 unilaterally ended an accord with UP over supposed communist recruitment activities in the country’s premier state university.

In their joint statement, the 4 schools objected to Parlade’s statement red-tagging them. “This charge, though, is really ‘getting old’ – a rehash of the public accusation the general made in 2018 – irresponsibly since cast without proof,” the schools’ joint statement read.

The 4 schools also asserted that they “value the Filipinos’ basic constitutional rights of speech, thought, assembly, and organization.”

“As universities with high aspirations for our country, we seek to direct our students to engage in acts that contribute to the strengthening of social cohesion, defend the country’s democratic institutions, and promote nation-building,” they continued.

They also stressed that they “must retain independence and autonomy from the State and other social institutions.”

“We therefore object to General Parlade’s statement and emphasize that our institutions neither promote nor condone recruitment activities of the New People’s Army and, indeed, of any movement that aims to violently overthrow the government,” the 4 universities said.

They also said they uphold their responsibilities “to promote learning and safeguard the rights of the young who are entrusted to our care.”

Like these 4 universities, government critics continued to denounce red-tagging, as well as the Duterte government’s decision to end the UP-DND accord.

Opposition Senator Francis Pangilinan slammed the military on Sunday for involving itself in red-tagging some prominent personalities from UP.

A viral post late last week by Facebook pages that identified themselves as connected to the Armed Forces of the Philippines (AFP) listed down UP alumni who supposedly joined the NPA and later died or were captured. Rappler, in a fact check, rated this claim as false.

“It is sad that some in the AFP are giving the institution a bad name and tainting its professionalism,” Pangilinan said in Filipino. He also warned that falsely labeling people “makes them target of harassment and worst, killings.”

“We cannot afford to have a politicized and unprofessional AFP. Let us not forget that it was the glaring lack of professionalism in the AFP that caused it to turn against itself during the last years of the Marcos regime,” he said.

Vice President Leni Robredo also urged dialogue between UP and AFP. In her weekly radio show on Sunday, Robredo said the AFP’s actions on UP and other groups are “not helping its image.”

(I hope they discuss it first, come up with an agreement. If the AFP’s claims have basis, I hope it’s presented to the UP community, then demand the UP community to work with them to solve the problem besetting us. Don’t treat them as enemies, because we’re not each other’s enemies here.) – Rappler.com