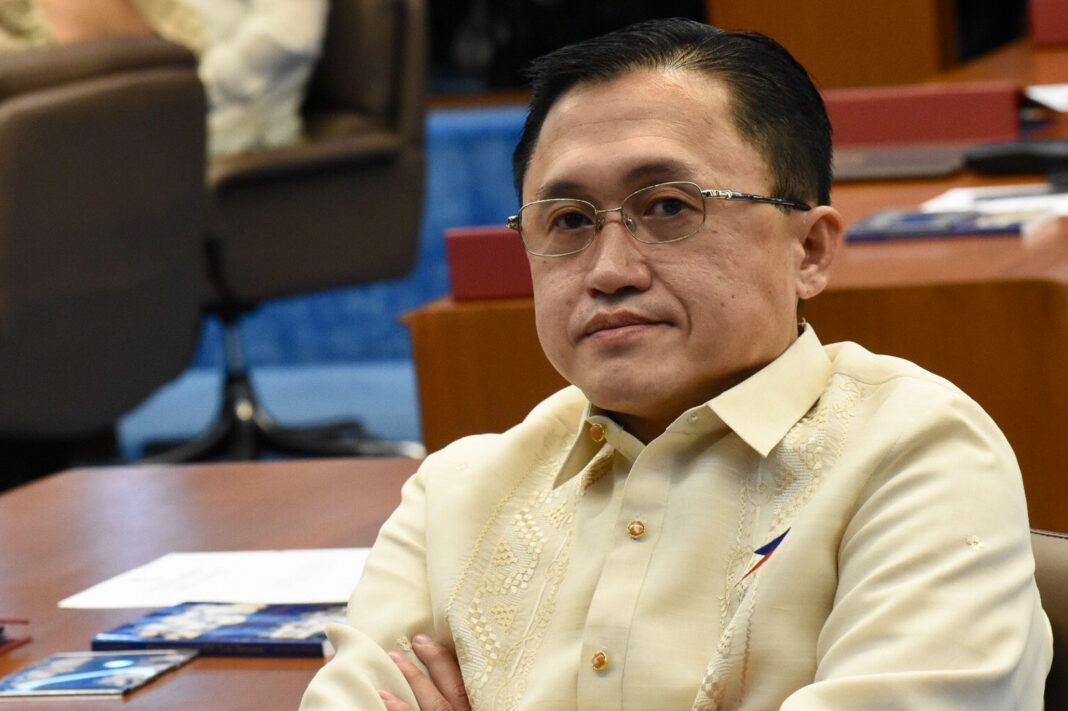 ormer senator Antonio Trillanes IV accused Senator Bong Go of plunder over P6.6-billion worth of road widening and concreting projects awarded to companies owned or managed by his father and half-brother.

Trillanes, in a video posted on social media, presented what he said were Department of Trade and Industry and Commission on Audit documents about these projects.

CLTG Builders, owned and managed by Desiderio Lim, Go’s father, was awarded 125 road widening projects from March to May 2018, worth a total of P4.89 billion, said Trillanes.

All were projects in Davao City or within the Davao region.

In 2017, CLTG Builders was awarded 27 projects worth P3.2 billion. The biggest of these projects was worth between P177 million to P252 million.

Meanwhile, Alfrego Builders, owned by Go’s half-brother Alfredo Amero Go, was awarded 59 projects from June 2007 to July 2018, according to Trillanes. They are altogether worth P1.74 billion.

A big chunk of this, worth P1.3 billion, were projects awarded midway through the Duterte presidency. The biggest projects were worth between P93 million to P181 million.

As with CLTG Builders, Alfrego’s projects were in Davao City or Davao region and were mostly road widening or road concreting projects.

Taken together, CLTG’s and Alfrego’s road projects were worth P6.6 billion, said Trillanes.

The ex-senator also computed that, of the P6.6 billion, P5.1 billion worth of projects were awarded in the first two years of Duterte’s presidency while P1.5 billion was awarded when he was mayor of Davao City.

Trillanes, who has announced plans to run either for president or vice president in 2022, accused Go and Duterte of plunder.

(It’s clear that Bong Go used his position, in connivance with and obvious consent of Duterte as mayor and later on as president, to benefit his family.)

Plunder is defined in Philippine law as the amassing, by a public officer, of ill-gotten wealth, with the help of family or business associates, through overt or criminal acts. For an act to be considered plunder, it must involve a minimum of P50 million.

Trillanes then said he would file a plunder complaint against Go and Duterte after the Duterte presidency, explaining that if he did so before then, the two officials would “use their power to make sure any case against them is dismissed.”

Trillanes’ information, if to be believed, is new since previous reports cited older projects awarded to CLTG and Alfrego Builders.

In 2018, the Philippine Center for Investigative Journalism had written about how CLTG Builders won P1.8 billion in government contracts, P750 million of which were awarded in 2016 and 2017.

They reported that Alfrego Builders got P2.7-billion worth of contracts through joint venture deals.

Trillanes’ information deals with projects awarded in 2018 as well.

Malacañang sought to dismiss Trillanes’ accusations, calling it old news and that it lacked proof that Duterte or Go committed any crime.

(Contracting infrastructure projects has long been the business of Senator Bong Go’s family. It sounds about right since he’s said that they’ve had projects since 2007, supposedly. Why would those contracts from all the way back in 2007 matter to Go? Does it look like he’s still in kid’s shorts?)

In 2007, Go had already been Duterte’s executive assistant for nine years. He would have been 33 years old. (READ: The man they call Bong Go)

Go has yet to respond to Rappler’s request for comment. – Rappler.com