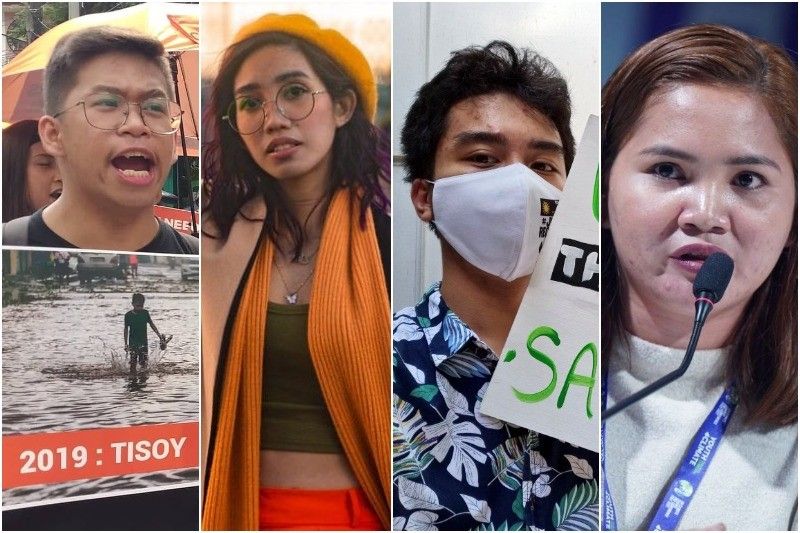 MANILA, Philippines — To have his voice heard in Glasgow, United Kingdom, 23-year-old climate activist Jefferson Estela had to tangle with financial difficulties.

The architecture student who leads the Youth Strike for Climate Philippines had to set up a crowdfunding page to raise pocket money for his trip.

He also reached out to lawmakers, hoping they would support his journey to attend the crucial United Nations climate talks, known as COP26, which could determine the kind of present and future that Estela and billions of young people across the planet could experience.

But most of the politicians did not respond and did not spare him a peso.

Fortunately, he made it to the cold and damp Scottish city through the help of Loss and Damage Youth Coalition as well as other organizations and individual donors. But his experience reflects the reality that the most vulnerable often face difficulties in attending important events due to high costs of travel and lack of political will.

“If they really support youth actions, then why such a thing is not being supported? We don’t want to be praised, we want to be supported,” Estela said.

Space in the negotiating table

Young people like Estela are the least responsible for human-induced climate change, yet they are the most vulnerable to its impacts.

Climate change threatens the survival of the young people in the global south—lower income nations facing the brunt of a warming planet—with strong typhoons, floods and extreme heat adversely affecting their communities.

“It is important that there is a space for the youth [in negotiations like this] not just because we wanted to talk about inclusivity. We are talking about our future here, and we cannot let these people decide for my life, for our lives, for our generation,” he said.

Marinel Ubaldo, a survivor of Super Typhoon Yolanda (Haiyan), said it is critical that young people from the most impacted places are represented in the talks.

The Philippines sent a 19-person delegation to Glasgow to fight for the nation’s interests in the summit, billed as the world’s last chance to avoid catastrophic global warming. The team was dominated by finance and foreign affairs departments.

The delegation has been criticized for the absence of officials from the Climate Change Commission, civil society groups and youth climate activists.

In a message to Philstar.com, Finance chief Carlos Dominguez, who serves as the government’s chief negotiator, said at least six members of the delegation are below 30 years old. He added three members of the team are in their early 30s.

“One young delegate is a full-blooded [Kakana-ey],” Dominguez also said, referring to an indigenous peoples group in the Cordilleras.

But does the country’s delegation know the reality faced by those young people on the frontlines of climate change, Ubaldo asked.

“Do they know the frustration we have thinking that we don’t have a future, or maybe we have a future but that means we’re busy surviving another typhoon or another climate disaster?” said Ubaldo, the country’s coordinator for the 16th UN Climate Change Conference of Youth.

According to the United Nations Children’s Fund, one billion children are at extremely high risk to climate change impacts.

“COP26 must be the COP for children,” UNICEF Executive Director Henrietta Fore said.

On the first day of COP26, Ubaldo and other young climate activists submitted a global youth statement to COP26 president Alok Sharma and the UN climate change agency.

The document lists down their top policy demands, which include need for effective climate plans, real representation at COP, policies that promote transition to renewable energy sources and for rich nation deliver on their decade-old climate finance pledge.

Estela was only in sixth grade when Typhoon Ondoy (Ketsana) triggered one of the worst floods in Metro Manila in 2009. The deluge upended his life, and pushed him to call for climate action and climate justice.

“I don’t want to see any other kids to experience what I have experienced because it’s not normal. It’s not normal that a child thinks if he or she is going to die,” he said.

COP26 marks the third time that Ubaldo is attending climate negotiations. But she feels not enough progress has been made.

“I’m tired of attending this and going home [as if something happened] when nothing happened. I want to take home something that will actually help [my community],” she said.

Activists are skeptical the biggest climate summit in recent years will deliver. But it needs to, Tan stressed.

“COP26 has to live up to expectations because this is a matter of life and death,” Tan, convenor of Youth Advocates for Climate Action Philippines (YACAP).

Jon Bonifacio, an activist with YACAP and Fridays for Future MAPA (Most Affected People and Areas), said failure at COP26 means “those experiencing the impacts of the climate crisis today will continue to do so, and their situation will continue to worsen.”

Regardless of what happens in Glasgow, the fight to prevent planetary collapse will continue, Bonifacio and Estela said.

“The fight is not limited to the Conference of Parties; it extends beyond that. It’s just one of the avenues we’re maximizing to get the changes that we desperately need,” Bonifacio said.

They will continue to demand world leaders to slash emissions and rich nations to provide compensation for the damages they caused. Once they return home, they will carry on with conducting climate education and reaching out to impacted communities to help them build resilience.

“If it fails, we will continue to hold people accountable. We will not be silenced,” Estela said.

This story was produced as part of the 2021 Climate Change Media Partnership, a journalism fellowship organized by Internews’ Earth Journalism Network and the Stanley Center for Peace and Security.