Bishop on elections: Old should be brought to pasture 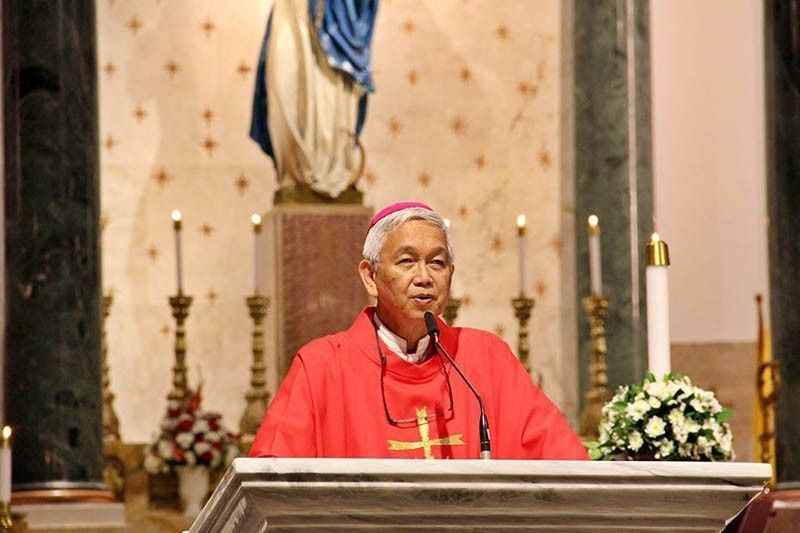 MANILA, Philippines — With the national elections set for May next year, Archdiocese of Manila apostolic administrator Broderick Pabillo asked the faithful if they are content with how the incumbent leaders are running the country.

In his homily for the Fifth Sunday of Lent, Pabillo talked about how “we have to let go of the old to get hold of the new.”

“This has an important meaning not only in our personal (lives), but for our country as well. Are you satisfied with the way they are running our country? Is this the best that we can achieve? If you are content, then let us continue with the present administration. But if you believe that the Philippines can be more than this, that we would not always be the one lagging behind… If you believe that the Philippines can go higher, then let us change the present system and those who are implementing it,” he said.

He said it is necessary to let go of the old in order to hold on to something new. “We have to die to the old to bring about a new reality. This is the paschal mystery. This is true for our personal lives, and this is true for our country also or for any situation of life, for that matter,” he added.

The prelate said the Philippines had already been left behind by neighboring countries in Asia such as Vietnam, Thailand, Malaysia and Indonesia.

Many Filipinos are living more difficult lives compared with how they did years before because of the COVID-19 pandemic, with the lockdown imposed by the government leading to many becoming unemployed and the scarcity of relief goods, according to Pabillo, chair of the Catholic Bishops’ Conference of the Philippines-Episcopal Commission on the Laity.

He said the vaccines that arrived are not enough for the people despite the large sums of money allocated and loaned to purchase the much-needed doses against the disease.

The recent Social Weather Stations (SWS) survey showing that a majority of Filipino adults believe that it would be dangerous to be critical of the present administration is an indication that Filipinos are being intimidated by a “bully President,” according to retired Novaliches bishop Teodoro Bacani.

Bacani yesterday emphasized that the SWS survey reflected badly on the country’s leaders, as many Filipinos hesitate to criticize the government not out of respect but fear.

“We have a bullied people led by a bully President. The greater part of our people live in fear and not in respect or affection for those in power. Imagine, the people are afraid of their public servants,” Bacani said.

“We need leaders whom we can follow with respect and admiration. Only the people can bring this about with God’s grace. May God give us the leaders we need in these trying times,” he added.

The latest SWS survey showed that 65 percent of Filipinos agreed that it is dangerous to publish or broadcast anything critical of the administration, even if it is the truth. The survey conducted face-to-face interviews with 1,500 adults from Nov. 21 to Nov. 25 last year.

For retired Sorsogon bishop Arturo Bastes, people should not be afraid of criticizing its government and revealing the evils in the society.

“Filipinos should learn a lesson. Not to criticize the government can lead to dictatorship. We must have the courage to expose what is evil in society. We are a democracy. In our system, power emanates from the people. Those who govern are at the service of the people,” Bastes said.

“People have the right to criticize the government if it fails to do its duty of giving good service to the country. Totalitarian government like the one in China will not and cannot tolerate criticism,” the prelate said, adding the democratic system should be allowed to work.

“The 65 percent of adults surveyed should be taught that our democratic government gives us freedom of speech to express the wrongdoing of our government.”