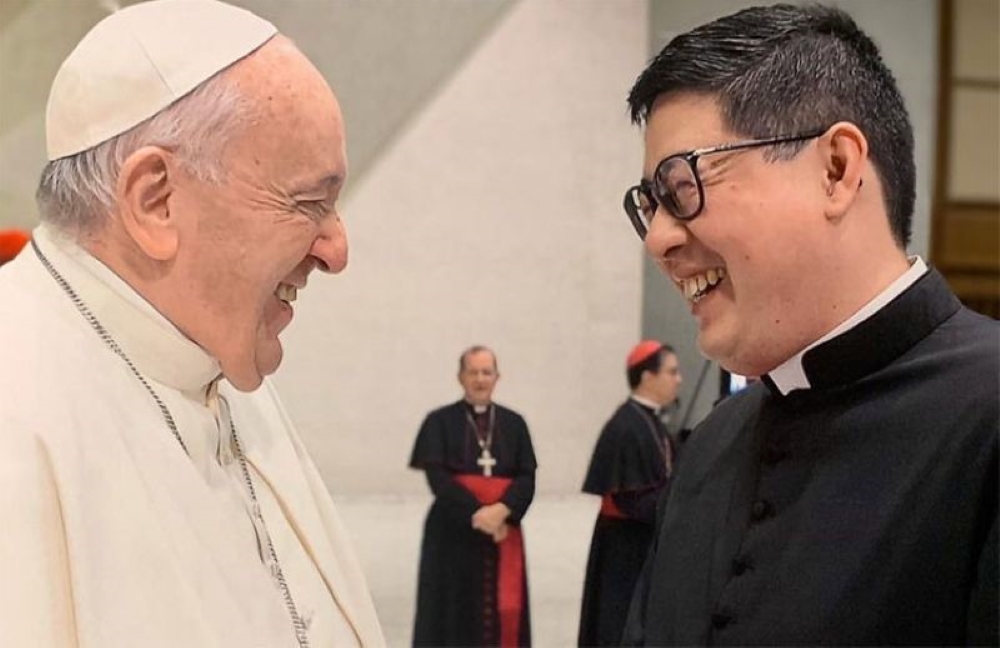 CEBU CITY –– Pope Francis has appointed a 36-year-old priest from Cebu City as a papal chaplain and member of his household at the Vatican.

As “Chaplain to His Holiness,” Fr. Jan Thomas Limchua, a young church diplomat, will carry the title “monsignor.”

Although the designation is given only to bishops, it can also be used to non-bishops who have important roles and duties in the Church.

“While I give thanks to the Almighty and His Holiness for such a privileged honor bestowed upon me, my family, and the Archdiocese of Cebu, I graciously ask for your continued prayers as I, with my limitations, commit myself more deeply to serve the Church with joy, humility, and generosity,” Limchua said in a Facebook post on Tuesday.

According to Msgr. Joseph Tan, spokesperson of the Archdiocese of Cebu, Limchua’s appointment is considered an honor for the Church.

“His (Limchua) appointment is an indication that Pope Francis is pleased with his service to the Pope and the Catholic Church,” he said.

“This is a symbol that he has served in the pleasure of the Holy Father and the entire Church,” he added.

Limchua finished his theological studies at the University of Navarra in Pamplona, Spain, and took his doctorate in Canon Law at the Pontifical Lateran University in Rome.

He was ordained a priest for the Archdiocese of Cebu in 2010.

He underwent his diplomatic formation at the Pontifical Ecclesiastical Academy, the diplomatic school of the Holy See.

In 2014, he entered the Diplomatic Service of the Holy See that served the Apostolic Nunciature in Benin and Togo (West Africa) as well as in Egypt.

Early this year, Limchua was appointed as an official of the Section for the Relations with States of the Holy See by the Vatican’s Secretary of State, His Eminence Pietro Cardinal Parolin.

Limchua is the third Cebuano to enter the diplomatic service.