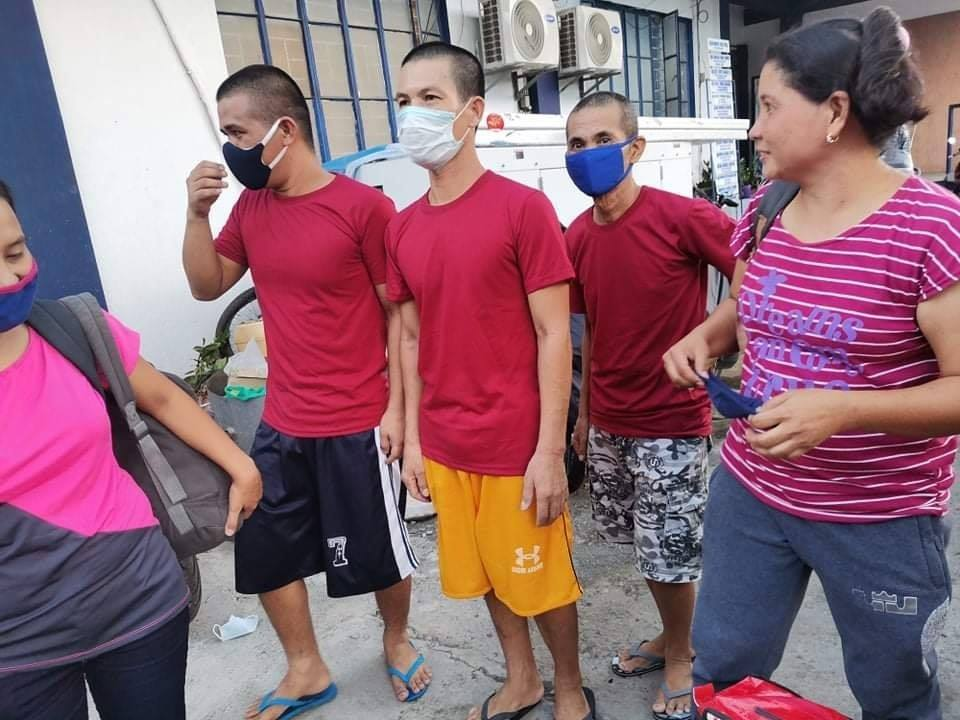 SANTA ROSA, Laguna – Over two months since their arrest, charges of illegal possession of firearms and explosives have been dropped against the six farmers from Calaca, Batangas.
The Balayan Regional Trial Court dismissed the charges against Leovino Julongbayan and Roilan Tenorio on July 27. The court earlier dismissed charges against Marcelo Vidal, July Julongbayan, and Doroteo Bautista on July 8, and Virgilio Vidal on July 15.

Policemen and soldiers on board 47 vehicles swarmed the barangay to ransack houses and arrest the six farmers. They were then brought to Camp Vicente Lim in Calamba, Laguna.

According to Sentro Para sa Tunay na Repormang Agraryo (SENTRA), Branch 9 of RTC Balayan granted on July 8 a motion to quash the search warrant presented by Marcel Vidal, July Julongbayan, and Bautista, rendering them invalid. The court also declared as inadmissible the supposed evidence gathered by the police during their search, which included grenades and other explosive devices.

“The said court ruled that there was no basis for the Executive Judge of RTC Santa Cruz, Laguna to issue the search warrants outside of its territorial jurisdiction,” SENTRA said in a statement. “It also said that the search warrants are invalid as they failed to particularly state the address of the houses of the persons to be searched. It also declared that there was no probable cause to issue the search warrants as there is no evidence on record that before issuing them, the Executive Judge of RTC Santa Cruz, Laguna conducted searching questions of the police officer who was the applicant for the issuance of the warrants.”

Virgilio Vidal was charged with illegal possession of firearms and posted bail on June 8. His case was dismissed on July 15 following a successful motion to quash. The same motion was granted to Leovino Julongbayan and Tolentino by Branch 10 of RTC Balayan.

Rights group Free Calaca 6 welcomed the decision, saying that “no cases of trumped-up charges meant to oppress the people will ever win.”

All six farmers are members of Samahan ng Magsasaka sa Coral Ni Lopez (SAMACOLO), a farmers’ organization that has been asserting the farmers’ rights to the 233-hectare farmland owned by landlord Luis Lopez from Balayan, Batangas.

Farmers have been asserting their rights to the land for over four decades now. In 1993, the Department of Agrarian Reform granted a Certificate of Land Ownership Agreement to the residents of Coral Ni Lopez. However, the DAR reneged on this decision in 2007 and informed the residents that their CLOA was cancelled.

The residents of Coral Ni Lopez, some of whom have lived in the area for decades, along with SAMACOLO and Samahan ng mga Magsasaka sa Batangas (SAMBAT), have since continued the battle for the land that they believe should rightfully be theirs.

Their struggle for land has also resulted in harassment and accusations of being members and supporters of the revolutionary New People’s Army. In 2016, soldiers harassed residents and accused them of being “[members of the] NPA by night.” Two years later, residents confronted members of the Philippine Air Force that occupied an abandoned house inside the barangay, who told them that their names were listed the military’s “order of battle.”

The harassment did not end after the May 10 arrests. According to rights group Karapatan Southern Tagalog, police denied visitation rights for the families of the Calaca 6 and their legal counsel despite assurances that they would be allowed to visit.

It would take a month before the farmers were allowed to see their families.

As for Virgilio Vidal, who posted bail on June 8, police continued to surveil his home. According to residents, police officers positioned themselves around Coral Ni Lopez while court proceedings were ongoing in Balayan. At one point, at least 15 uniformed policemen with arms arrived at Vidal’s home to confront him and other residents to dissuade them from engaging in any protest action.

Karapatan ST denounced the arrests and harassment, likening it to Oplan Sauron in Negros island. “This crackdown scheme is implemented to ‘neutralize’ and silence farmers fighting for their land through extrajudicial killings and weaponizing of law to justify trumped-up charges, mass arrest, vilification and red-tagging,” the group said in a statement.

Karapatan also stated that the arrests were part of plans by the Regional Task-force to End the Local Communist Armed Conflict (RTF-ELCAC), which they said was “taking advantage of the COVID-19 pandemic to execute crackdowns against legitimate progressive mass organizations in the cities and the countryside.”

Under the Duterte administration, there have been 262 incidents of peasant killings. Attacks against farmers and farming communities have also continued.